SILVER SPRING TWP., Pa. – The Pennsylvania Department of Environmental Protection Wednesday ordered the immediate suspension of construction on the Marine... 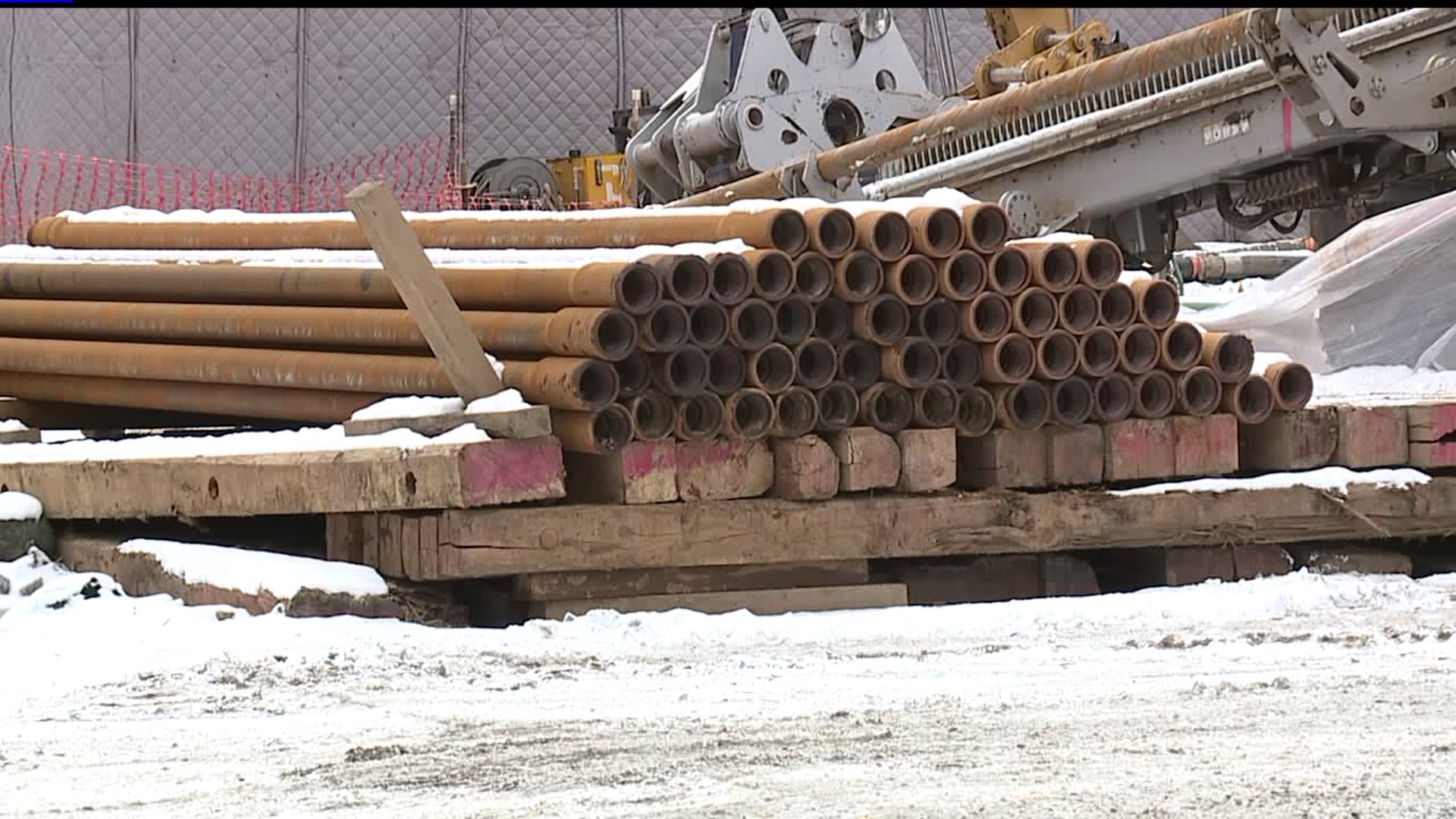 SILVER SPRING TWP., Pa. - The Pennsylvania Department of Environmental Protection Wednesday ordered the immediate suspension of construction on the Mariner East 2 pipeline, citing a series of violations that have taken place.

"It's not any one violation, it's knowing violations, pollution instances that we've seen impacting the drinking water that we've seen over the course of construction on the pipeline," said Patrick McDonnell, Pennsylvania's secretary of environmental protection.

The DEP lists off dozens of violations committed by construction crews in multiple Pennsylvania counties dating back to May 2017.

Jeffrey Shields, a spokesperson for Energy Transfer, which is responsible for the Sunoco pipeline's construction, issued the following statement:

"We received an order this morning from the Pennsylvania Department of Environmental Protection that instructed us to suspend construction activities in Pennsylvania with respect to Mariner East 2 until reauthorized by the Pennsylvania DEP.  The order requires us to submit various reports related to current and future construction activities.  We intend to expeditiously submit these reports and we are confident that we will be reauthorized to commence work on this project promptly.  We also reiterate our commitment to the highest levels of construction expertise and our dedication to preserving and protecting the environment in which we conduct our work."

Among the violations were two complaints of cloudy tap water by owners of water wells in Silver Spring Township.

Other neighbors who did not wish to go on-camera complained of occasional water shut-offs and concerns about water runoff from the construction sites.

Others say there is an air of inevitability about the project.

"I think it's silly, really, because it's going to go through; they're not going to waste all this money," said Stephan Smolen, who lives near the Silver Spring Township construction site. "It's going to go through, so why bother with it, totally costing us money, and it makes no sense at all. None."

The DEP says it insists there is validity to suspending construction.

"The point of the suspension is to make sure that this is done in accordance with the Commonwealth's laws, regulations and permits," McDonnell said. "The department is going to hold Sunoco and every other permittee out there accountable for making sure that they're meeting those permit requirements."