YORK, Pa. — What do you do when there is no cure? Many people living with Crohn’s Disease are dependent on medication to keep flares at bay. There a... 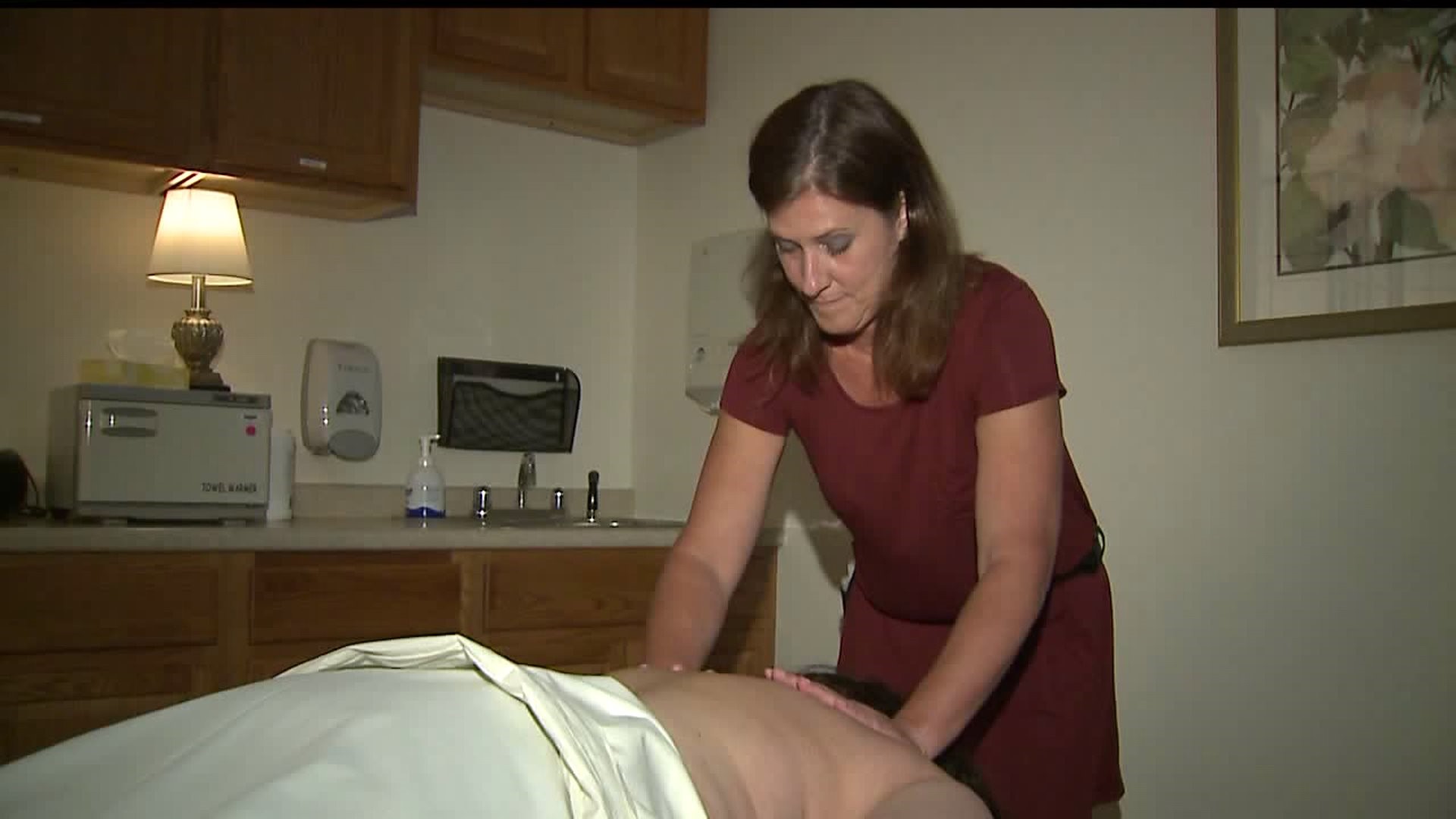 YORK, Pa. -- What do you do when there is no cure? Many people living with Crohn's Disease are dependent on medication to keep flares at bay. There are, however, several holistic complementary therapies, that can offer patients with chronic inflammation some relief from symptoms.

Crohn's Disease is a chronic inflammatory condition that affects the gastrointestinal tract, in most cases, the intestines. Flare-ups can occur frequently, or years apart. They can do a lot of damage and cause a lot of pain, and oftentimes, the medication just isn't enough. That's when some patients turn to holistic therapies, as treatments that can complement their medication regimens.

Guinevere Crescenzi is an acupuncturist with Wellspan. She treats a number of people living with Crohn's Disease. She says it's her job to correct the flow of energy in a person's body when it gets off track.

"There are lots of ways that energy can go wrong," Crescenzi explains. "It can flow in the wrong direction, it can get stuck, there can be too much or too little of it, it can go too fast or too slow."

She explains that a complication in one part of the body, can trigger issues in other areas. So Crescenzi chooses what she believes will be the most effective points of treatment, based on the impact that treatment will have elsewhere in the body.

"Someone could have pain in their stomach area and I could be using very important points that happen to be on their feet or on the head, and it would still impact their stomach just as well."

Crescenzi says acupuncture is a retraining process for the body, training a person's energy to move in the appropriate way.

"Your body holds that lesson and it can hold it longer and longer with more treatment," she says.

As for those who with a fear of needles, Crescenzi promises the process isn't bad.

"The needles are very different from needles that people are used to in regular doctor's offices," she says. "They do not fulfill the same purpose in any way. They really are as thin as a human hair. To me, they almost seem like a cat whisker more than anything else. They're very flexible.

For a treatment that generally takes less convincing, some patients see Vicki Neely. She's a massage therapist at Wellspan. She says massage is all about stress reduction. In scientific terms, that means reducing the body's level of the stress hormone cortisol.

"Usually with stress we have muscle tension," Neely explains. "When muscles tense up, they shorten, and we want to get them to their regular length."

Vicki says she generally sees patients living with Crohn's Disease after they've suffered a flare-up, but says the therapy can also be a preventative measure.

"They'll come in afterwards for alleviation of headaches, joint pain, general achiness. They just want their bodies to relax," she says, "and because stress is a big trigger for Crohn's Disease, and it'll set off an episode, if they can reduce their stress, they hopefully won't have as many issues."

Something massage cannot do, is actually reverse inflammation.

Neely says, "We're more working with the symptoms as far as the stress and anxiety and things that come with the disease."

Crescenzi and Neely both report positive feedback from their patients living with Crohn's Disease. After several treatments, patients undergoing each form of therapy report reduced inflammation and better pain management.

"I tend to see people as a last resort," Crescenzi says, "but it would really be so much better to have been seeing someone regularly, from very young, and just avoid the problems in the first place."