SPRING GARDEN TOWNSHIP, Pa. – The completion date for the Interstate 83 and Mount  Rose Avenue interchange project is being delayed. The project was alrea... 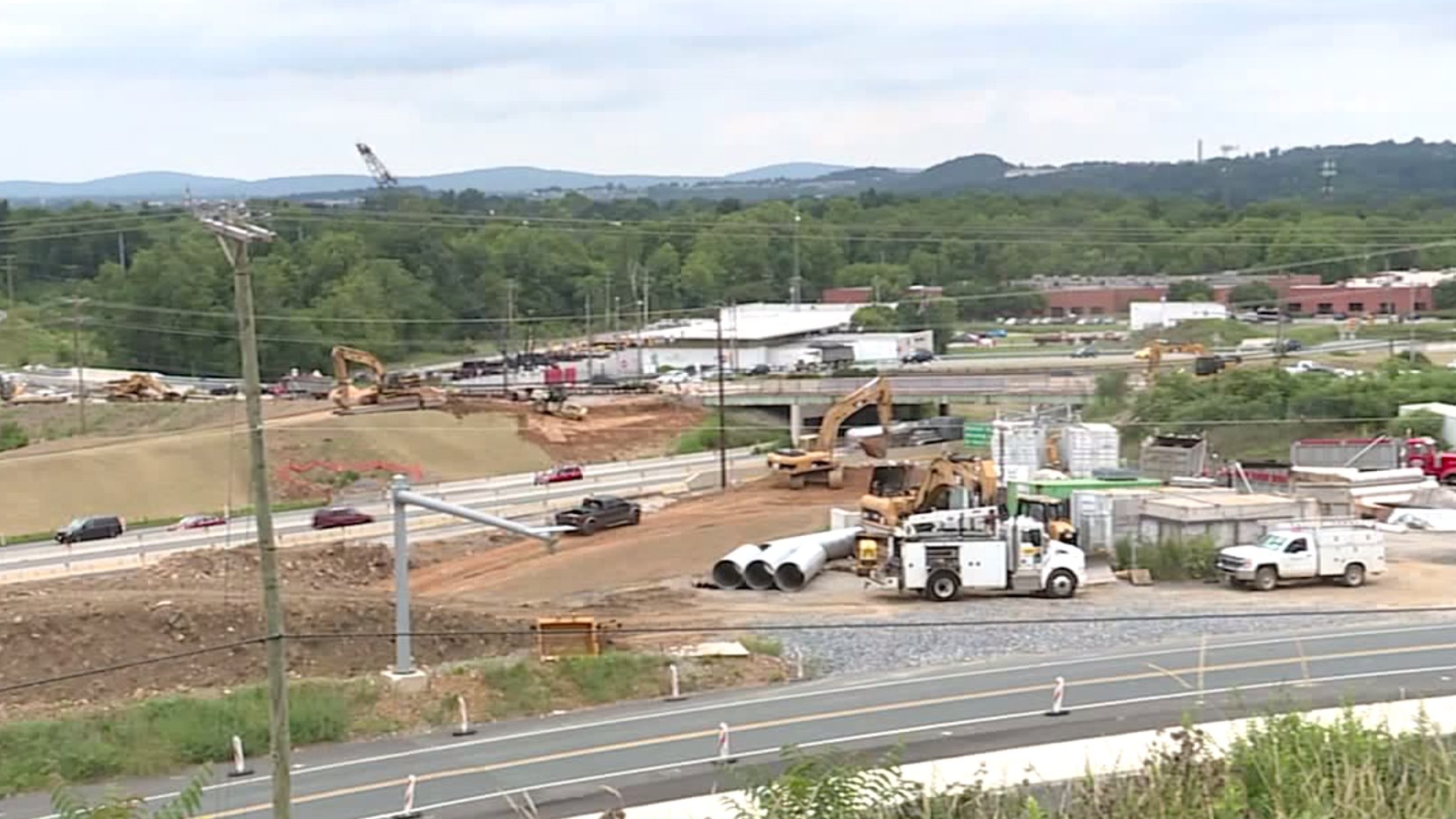 SPRING GARDEN TOWNSHIP, Pa. - The completion date for the Interstate 83 and Mount  Rose Avenue interchange project is being delayed.

The project was already delayed once. Originally, construction was supposed to be completely wrapped up last month,  but then it was pushed to November of this year. Now PennDOT said the contractor is asking for more time and more money.

The sign outside of K.D. Rosengrant Building and Remodeling has brought smiles to drivers passing through East York since 1979.

"We've always just done fun things on it," Betsy Rosengrant-Stein, the president of the company, said.

"It says, 'shame on PennDOT for the Mount Rose Avenue mess'," Rosengrant-Stein said.

The message comes after PennDOT announced the Interstate 83 and Mount Rose Avenue Interchange project is behind schedule. It began several years ago and was supposed to be completed in June of 2018.

"Because of some issues that were encountered in the beginning of the project. It got a slow start for utilities, and there were also some environmental issues that had to be addressed, and so the contractor asked for an extension and we granted the extension until November of this year," Greg Penny, Community Relations Coordinator of PennDOT, said.

PennDOT said they're now looking at a 2020 completion date.

"We get it. Good things take time. And there has been a traffic mess in this area for a while," Rosengrant-Stein said. "So wanting to improve it was completely fine with us. It's just been so on-going."

"I don't know," Rosengrant-Stein laughed. "But it probably won't be anything from PennDOT. It just depends on whose putting it up and sometimes what mood they happen to be in."

The message will stay up on the sign for about two weeks. So far the cost of the project is officially $59.7 million. PennDOT is currently in negotiations with the contractor.