FAWN TWP., Pa. – Dozens of southern York County residents chimed in Thursday on where an electric company should build a high-voltage electric transmissio... 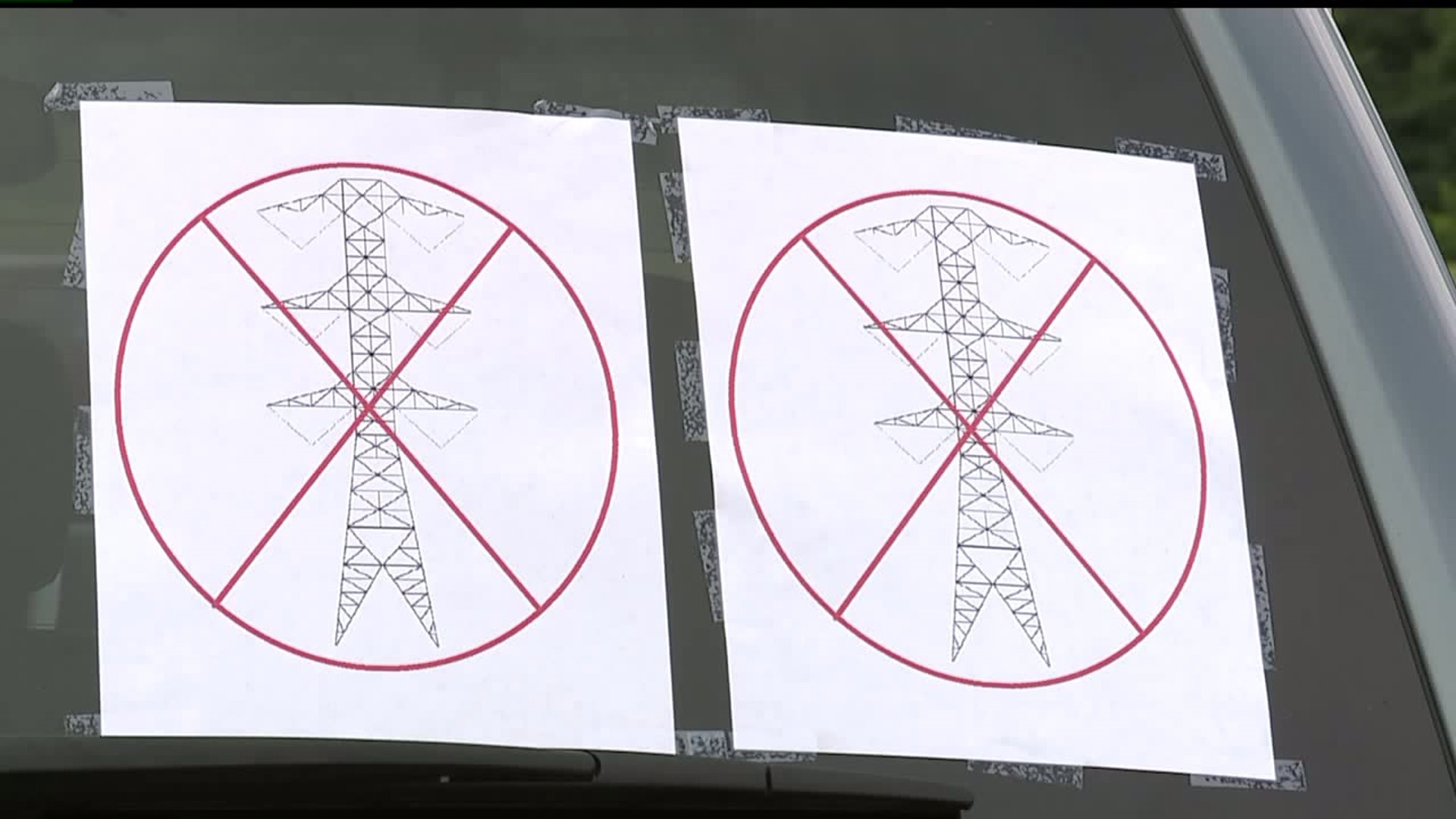 FAWN TWP., Pa. - Dozens of southern York County residents chimed in Thursday on where an electric company should build a high-voltage electric transmission line, many of those residents saying nothing should be built at all.

Transource held the open house to talk to residents about three routing options from a proposed electric substation in Lower Chanceford Township to an existing facility in Maryland. A similar project from Transource is proposed in Franklin County.

It recently received approval for a $320 million electric transmission project from PJM Interconnection, which administers the electric grid throughout the mid-Atlantic region, according to a news release.

"There's an electrical bottleneck, if you will, and the customers in the region are paying more for electricity than they would be if they were able to access different generation sources," said Todd Burns of Transource.

Dozens of property owners along the project's path came to the open house, many of them opposing the project, saying it ruins the aesthetic of York County's preserved farmland, and also questioned the necessity of the project.

Two of the proposed routes cut through Maple Lawn Farms, which is open to the public and provides family attractions like a corn maze, fruit-picking and other activities.

"This is a commercial entity that is trying to get the state of Pennsylvania, the Public Utility Commission, to give them the license to do whatever they want on private citizens' property," said Hugh McPherson, an owner of Maple Lawn Farms. "This is America. That's not the way it's supposed to work."

Property owners against the project gathered outside the open house to rally support for their cause.

"What it is is a project by a for-profit company for the sole purpose of increasing that profit," said Frank Ayd, who lives on one of the proposed pathways in East Hopewell Township. "That company has the power of eminent domain, which is a scary prospect for anybody that is a landowner."

Burns stressed that no decisions on routing had been made as of yet, and that a decision could be made by the end of the year.

Once the routing is determined, Transource will seek the necessary regulatory approvals with the state. If it can overcome the challenges from property owners, it hopes to have the project complete by 2020.