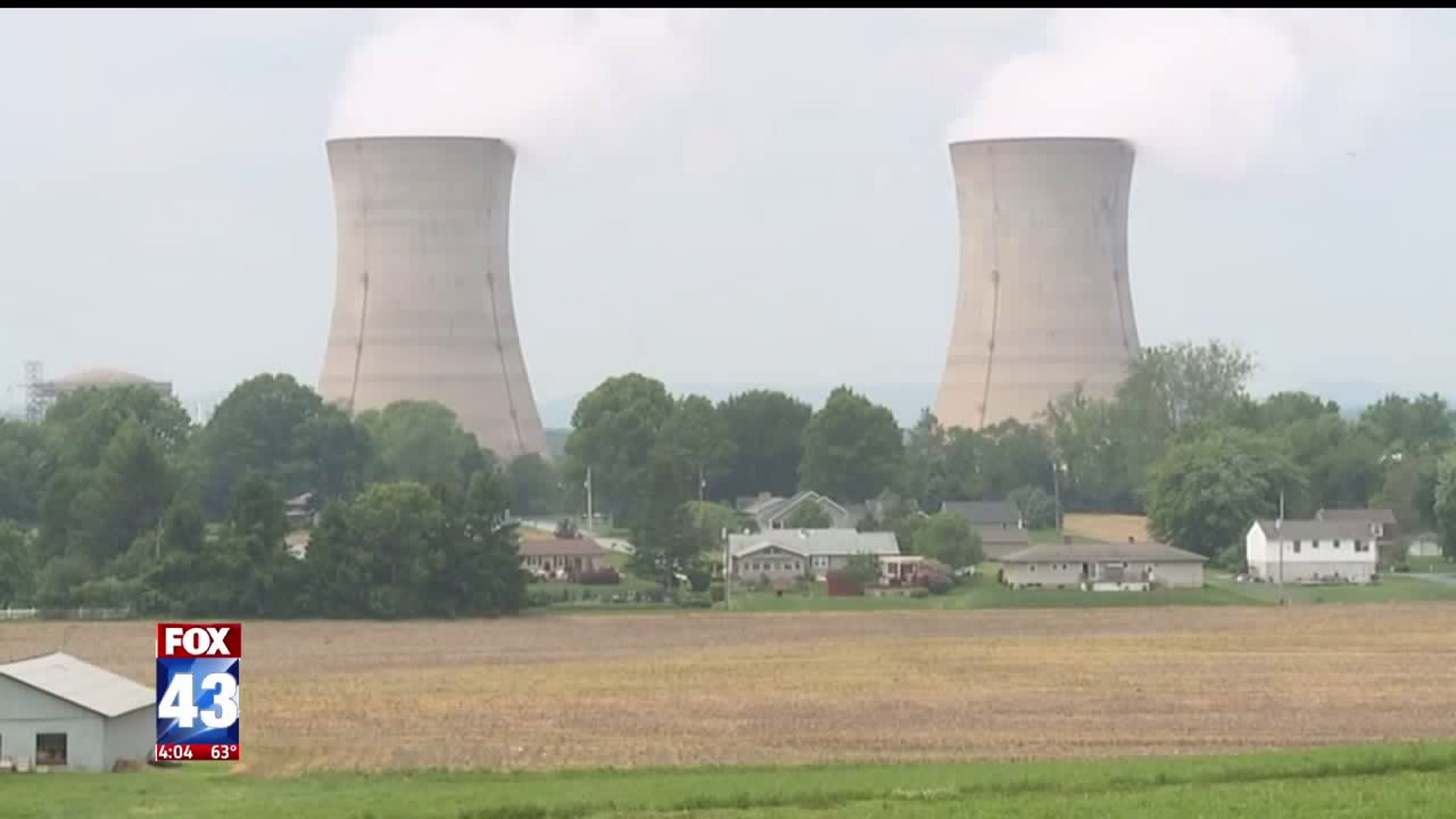 The owner's of the power plant, Exelon Generation, announced that TMI will close.

The date for closure is set for September 30, 2019, more than 40 years after a nuclear meltdown at Three Mile Island, potentially leaving nearly workers without a job.

Exelon Generation spokesperson Marshall Murphy said "they are great employees, committed to operating this power plant, very well over the years, and so to come with the news today, was a difficult, difficult message to carry."

Londonderry Township manager Steve Letavic said "it will have a devastating impact on our region, and our community, it could irrevocably change the culture of our community, so this was shocking news for sure."

Lower Dauphin School District community relations coordinator Jim Hazen said "we've been sort of worrying about it, but not really 100 percent believing it would actually happen."

Natural gas power plants currently producing cheaper electricity, and competing with nuclear energy, along with TMI's past may have led to its eventual downfall.

One of its two reactors was destroyed following the nuclear incident in 1979.

"It's a single unit facility, so you don't have the ability to generate as much electricity and therefore as much revenue, and your cost are what they are," Murphy said.

In late May, Exelon Generation found out it lost out on its bid to sell its electricity for a third year in a row. It was that third strike which put the future of TMI in question, while Londonderry Township manager Steve Letavic isn't giving up hope just yet.

"We are not going to give up. Our viewpoint is, we're going to work on this, and we're going to continue to work on it until we've exhausted every resource, and every opportunity to try to preserve their operation," Letavic said.

"We are committed with working with a number of parties here in the state, to look at options that could be available for the continued operation," Murphy said.

The closure of three mile island could cost more than a loss of jobs. Londonderry Township and the Lower Dauphin School District are both at risk of losing hundreds of thousands of tax dollars as well.

"I would bet they're one of the larger employers in the region, and there is no one that would replace that revenue stream," Letavic said.

Many may be wondering what happens to the island after the power plant closes. Murphy said the work to put the plant out of commission is several years away, but most likely the first steps would be to take the facility apart and then store radioactive materials for eventual shipment.