JACKSON TWP., Pa. — Neighbors, friends and co-workers gathered Sunday night in the neighborhood where a York County woman was reportedly stabbed to death ... 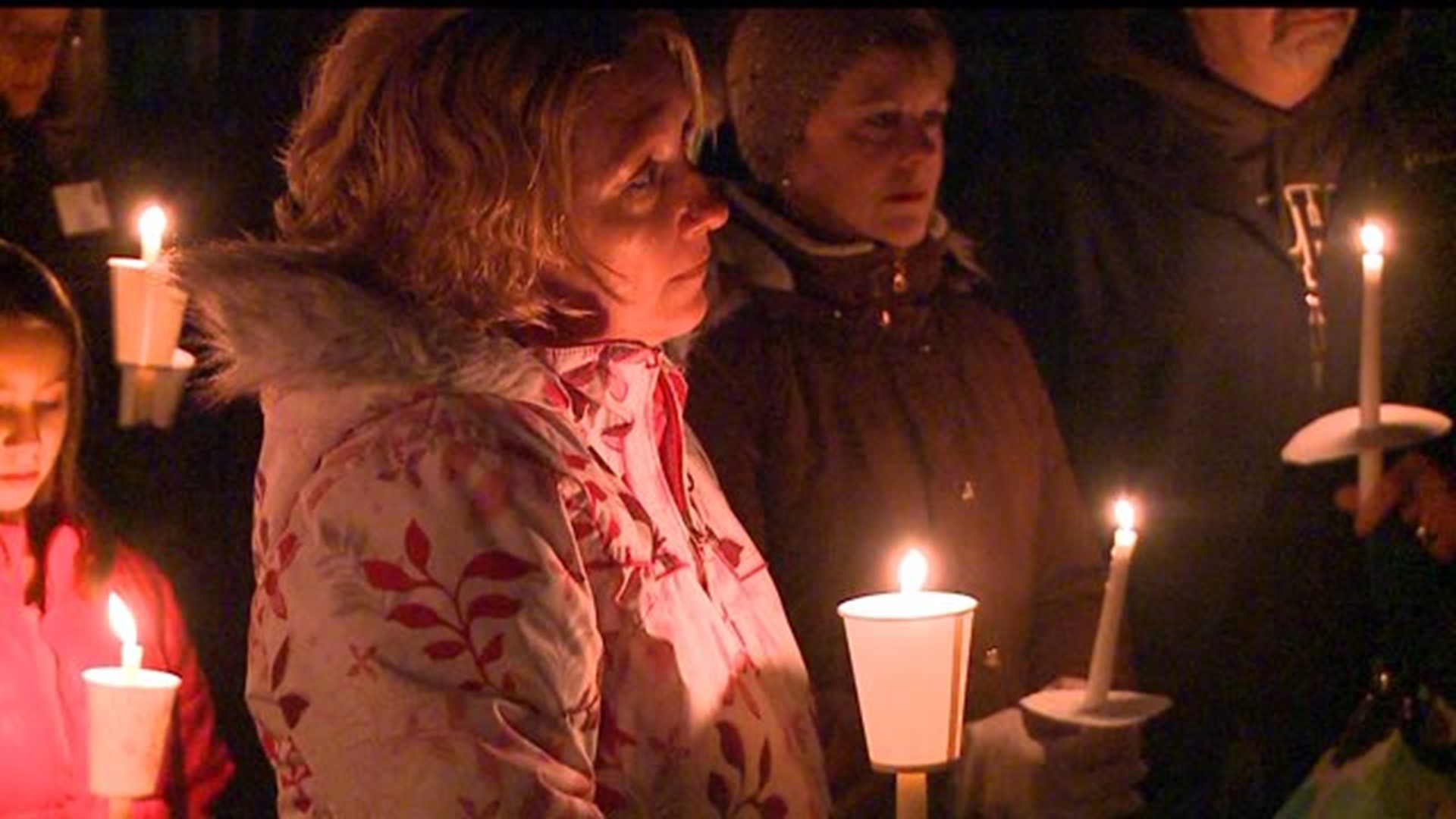 JACKSON TWP., Pa. -- Neighbors, friends and co-workers gathered Sunday night in the neighborhood where a York County woman was reportedly stabbed to death by her husband.

Police said 25-year-old Diana Ziegler was killed by her husband, 35-year-old John Ziegler III, on the deck of their home on Ledge Drive in Jackson Township.

John admitted to officers he struck Diana with a sword at least three times on Friday afternoon.

Deb Mayer, the director of nursing for Dallastown Nursing Center, and a co-worker of Diana's, said, "When we found out it's like a bad dream and you keep waking up and realizing it's not a bad dream. It's real."

Diana was 24-weeks pregnant. Co-workers said earlier that Friday she was scheduled for an ultrasound.

"She was young," Mayer said. "She was expecting her second child who she was going to name Charley. And her son was everything to her."

People from the community gathered at the playground across the street to remember Diana.

Mayer said, "She was a wonderful nurse. She was a fabulous mother. She would lose sleep to take care of her son. When she should have been sleeping she was kind of spending time with him. She took little videos and she had to show them to us every night."

Friends said her two-year-old son is now with Diana's parents. At the vigil, one of her friends, Jessica Nupponen of Harrisburg, sang a song from "Wicked" that Diana once sang at camp.

Nupponen said, "I got a chance to say goodbye back."

Not everyone who came to honor Diana's life knew her. Some were just neighbors in the community who never met her.

"If there's something good that can come out of a tragedy like this, it's hearing people say we need to know each other better," Nupponen said. "We need to support each other. I want you to know if you have something you need to talk about you can come talk to me. And I think if Diana saw that, and I do believe she did, that that's like a little legacy she may have left behind."

Neighbors said they want to have gatherings like this in the community more often to give people an opportunity to meet each other and discuss any issues they may have. They want to help make sure a tragedy like this doesn't happen again.