Community gathers to discuss solutions to stop violence in Harrisburg

HARRISBURG, Pa. — Leaders in Harrisburg gathered at a local church Thursday to discuss relations between police officers and people who live in the area. ... 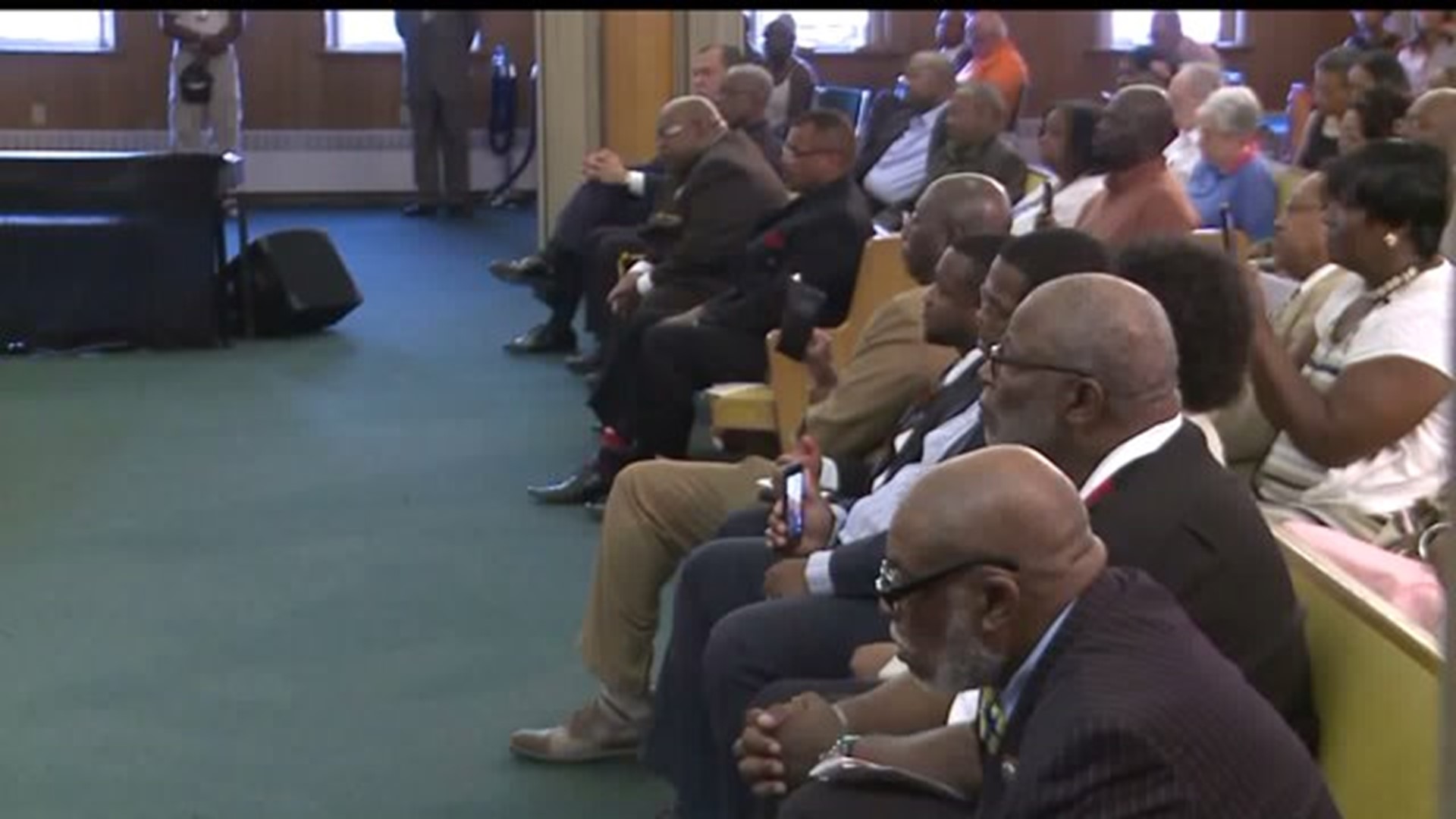 HARRISBURG, Pa. -- Leaders in Harrisburg gathered at a local church Thursday to discuss relations between police officers and people who live in the area.

After the deaths of two men and five police officers in other parts of the country last week, officials don't want the same thing to happen in Harrisburg.

Church leaders and government officials held a community forum at the Goodwin Memorial Baptist Church on Green Street to come up with ideas of how to stop the violence in the city.

Harrisburg Mayor Eric Papenfuse said, "It's in light of all of the recent shootings, black and white, and it's really a call to action. What can we do to make sure it doesn't happen here? And to improve the relations between the community and the police."

Some people believe if that violence can happen in other parts of the country, it could happen in Harrisburg.

Rev. Dr. James Jackson said, "We are just one incident away from gaining national attention and we want to make sure we talk to each other before that happens because we do not want it to happen."

People talked about what they could do to make a difference.

"One of the things I'm calling for is more people, especially African American youth in our city, to consider a career in law enforcement. Actually get involved, fill out an application, become a police officer," Papenfuse said.

Church leaders said they hope this event ultimately brings the community closer together.

He said he wants to have a plan implemented to help stop the violence within the next 30 to 60 days.