Communities on Susquehanna River see some damage from ice jams

LOWER WINDSOR TWP., Pa. – Communities on both sides of the Susquehanna River in York and Lancaster counties suffered some minor damage from ice jams Tuesd... 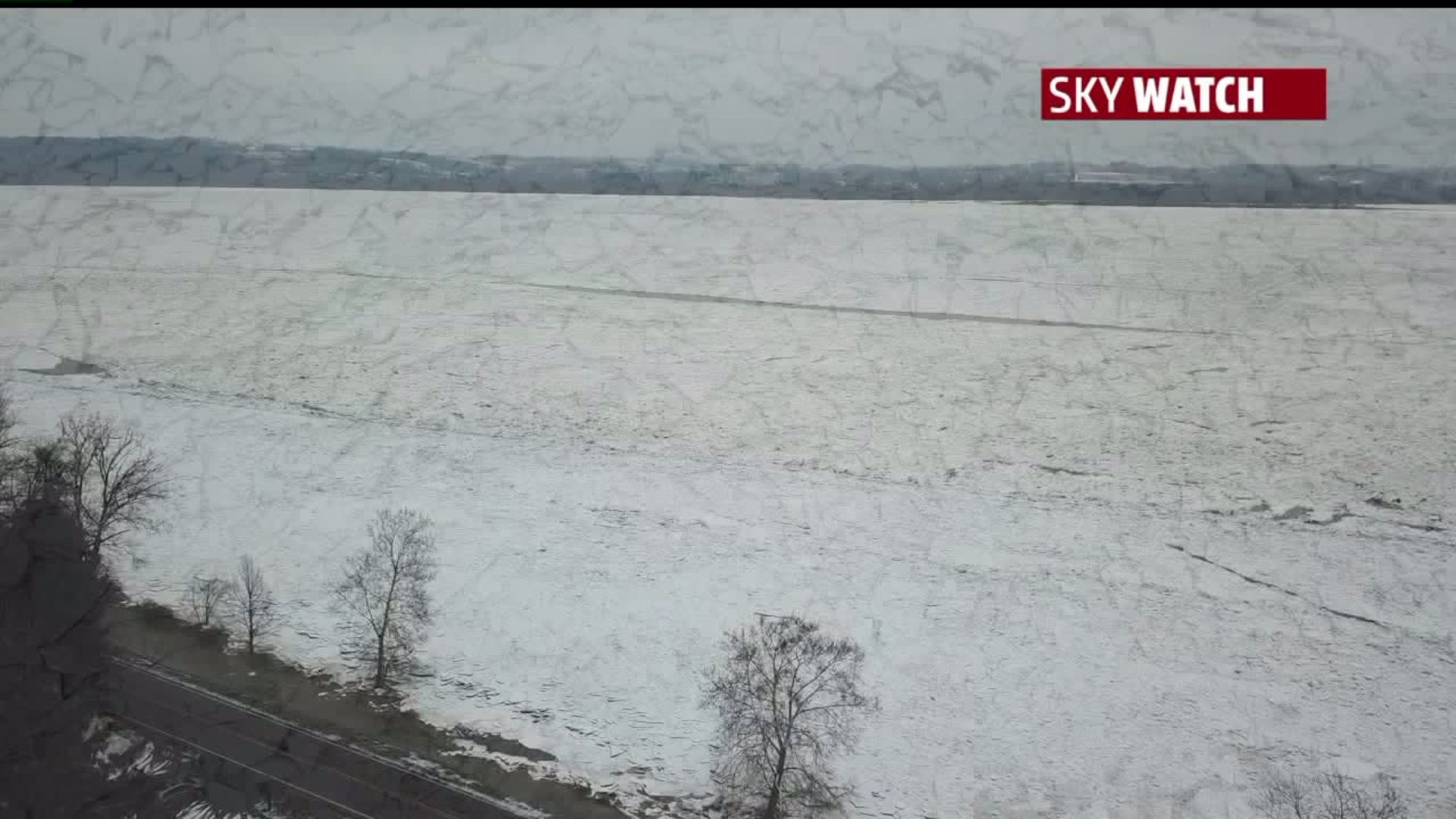 LOWER WINDSOR TWP., Pa. - Communities on both sides of the Susquehanna River in York and Lancaster counties suffered some minor damage from ice jams Tuesday.

In Columbia, a park bench and tree were uprooted and a light pole was bent at the borough's River Park.

In Wrightsville, a pavilion at Riverfront Park near the boat launch was almost entirely covered in water.

In Lower Windsor Township, near Long Level Marina, two private roads were closed and late Tuesday, PennDOT crews were stationed along Route 624 in case a closure needs to be issued between Knights View and Fishing Creek roads.

At Lake Clarke Marina, boats in storage were brought up as high as they can go without crossing Route 624.

"As far as the water and so forth goes, we had the flow come through and the ice movement," said Donald Stair, owner of the Lake Clarke Marina. "Been here quite a few years and we used to see it regularly, this is the first we've seen in awhile."

The Safe Harbor Dam helps control water releases through the stretch of the river between York and Lancaster counties. On Tuesday afternoon, it reported 80 percent water flow between Wrightsville and Long Level, which is where ice remained jammed.

Officials were keeping an eye on the homes in that area.

"What we're finding is a lot of these summer homes are being turned into residences, so we do have quite a few once we get down to the Long Level area that has a lot of homes and trailers," said Phil Smith, emergency management coordinator for eastern York County. "The boats have been taken up."

On the Lancaster County side of the river, the big concern there was making sure upstream runoff can still reach the river.

"We get into situations like this with the ice," said Jeff Helm, emergency management coordinator for Columbia borough. "Then we run into the submarine and buildup along the dam wall and that then creates a catastrophic backup."

Ice overflowed into the yards of a line of cottages along the river in Columbia.

While there is no structural damage so far, residents there were preparing for that just in case.

"Definitely, there's a concern, it was up pretty high earlier, it seems to have gone down now, but we'll see what's to come," said Geoff Hatcher, a Columbia resident helping a relative who lives in a cottage along the river. "It's going to melt, so we'll see what happens but we're on standby, waiting to move if we need to."