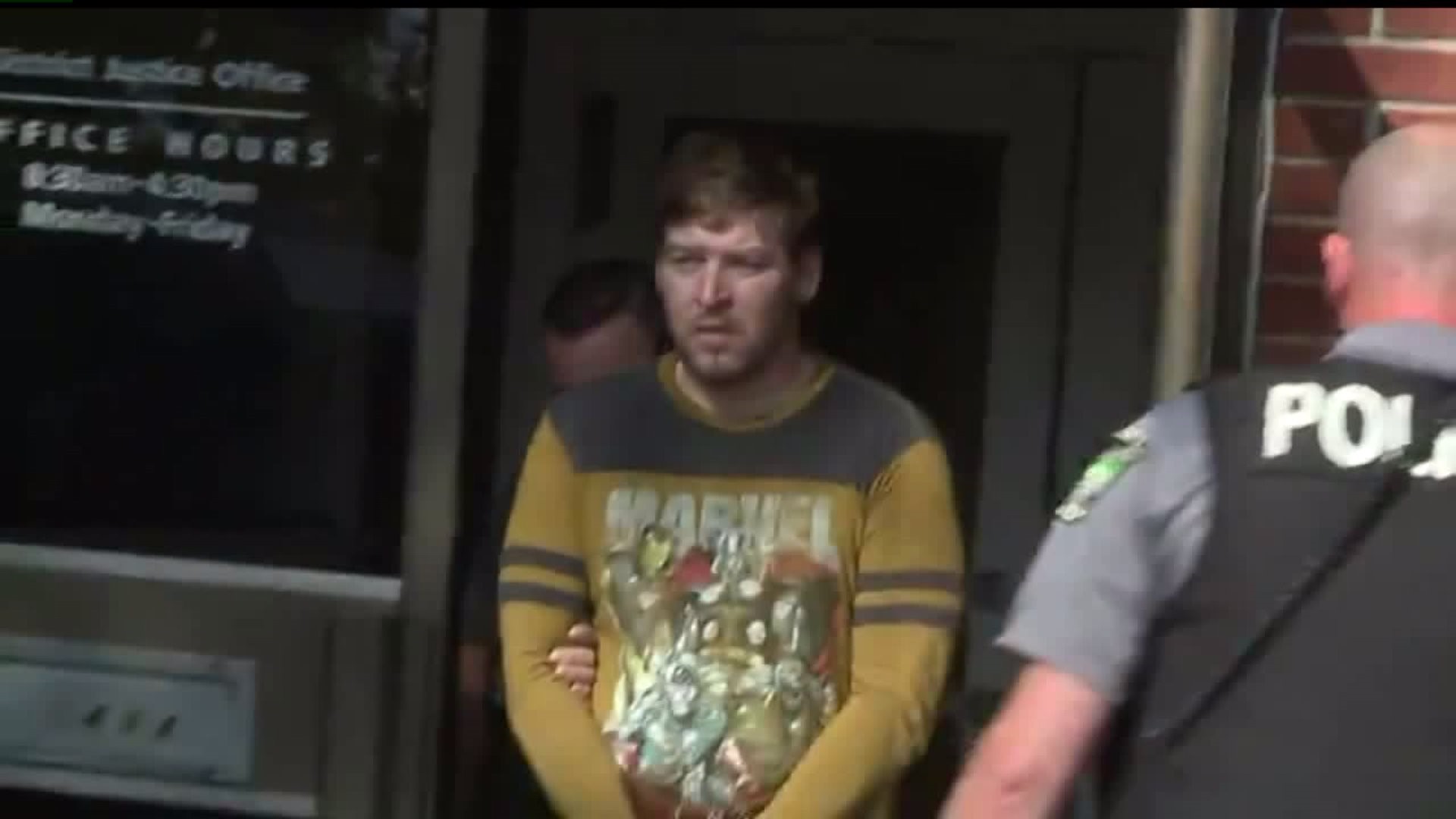 It goes on to say Wetten yelled that he had a gun and "motioned toward his waistband."

Police say he then forced his way in, kicked Fischer's door open, dragged Fischer downstairs and out of the home, against his will.

However, after turning himself in Thursday morning, Wetten said he did nothing wrong.

"This was all just a big misunderstanding, he's actually my boyfriend. We got into an argument and after we left together mutually, somebody called the cops, I guess his grandmother, and here I am," said Wetten, before being placed in a Columbia police car.

Jordan Fischer, who did not want to speak on camera, confirmed that an argument did take place Thursday morning.

He said Wetten had punched his door, causing it to open.

Fischer also seconded Wetten's claim that he and Wetten left his home, on their own accord, and stayed at a friend's place.

He said he was back at his home around eight Thursday morning and was also present when Wetten turned himself in.

There have also been different claims on who alerted the police.

The Columbia Police report says they were alerted by Fischer's grandmother.

However, Fischer said he doesn't think that's the case.