You may soon see lock boxes hanging outside Colombia Borough, Lancaster County, businesses and apartment rental buildings. “When a building has a key lock box s... 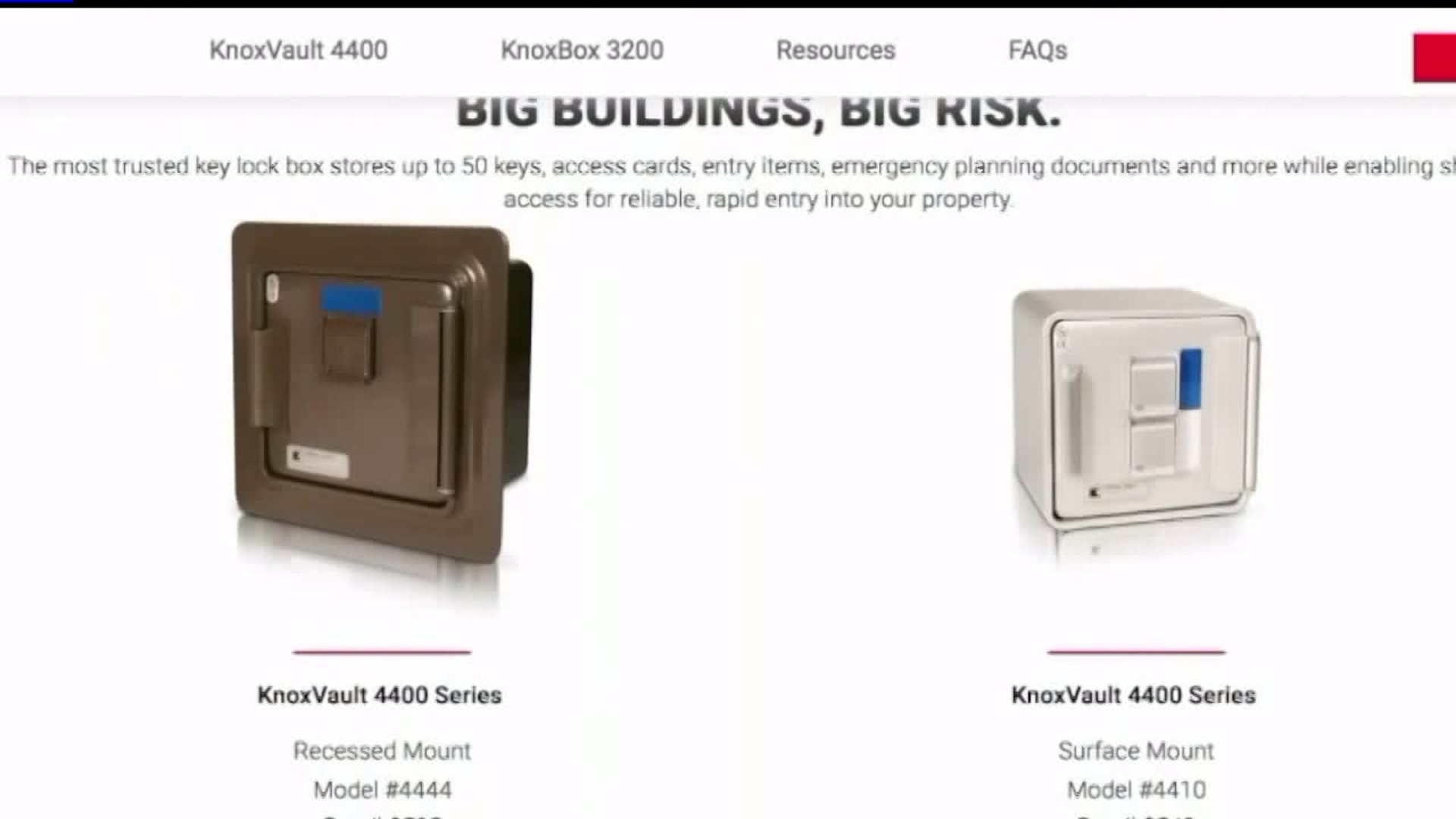 “When a building has a key lock box system the fire department can gain immediate access to investigate the alarm, assist the person in need,” said Chief Doug Kemmerly with the Columbia Borough Fire Department.

But owners say it’s certainly not by choice.

It was the end of last year when the public safety committee made the decision to enforce an ordinance requiring the 175 commercial businesses and rental properties in the borough to install a Knox Box, containing keys to and blueprints of the building.

The idea is to give first responders faster, easier access to a business in the rare case of emergency.

“Often times we cause property damage by breaking windows and door frames, which may not be covered by the property's insurance," said Chief Kemmerly.

And while safety concerns are the reason for the box in the first place, several business owners say the security of the box is the exact reason they don’t want it.

“I have very very serious concerns about the potential breach and misuse of your box if someone illegally, and I want to emphasize illegally, obtains a key to my office, gained access to my patients protected health information, social security numbers and credit card information," said Dr. William Kraft, a Columbia chiropractor.

During a heated conversation, some business owners and landlords asked for the option to choose whether or not they want the box.

“Government overreach is kind of big, and I feel like that’s what’s happening here,” said Keena Soukup, owner of Soukup Automotive in Columbia.

Regardless of the opposition, though, the committee stands by their decision to enforce this ordinance.

But, they aren’t ruling out revisiting it in the future.

Enforcement of the ordinance is already in effect, and owners face a fine of up to $500 if they don’t comply.