CHAMBERSBURG, Pa. — The CDC is warning hospitals to be on alert for the spread of new superbug fungus, Candida auris. Chambersburg hospital in Franklin Co... 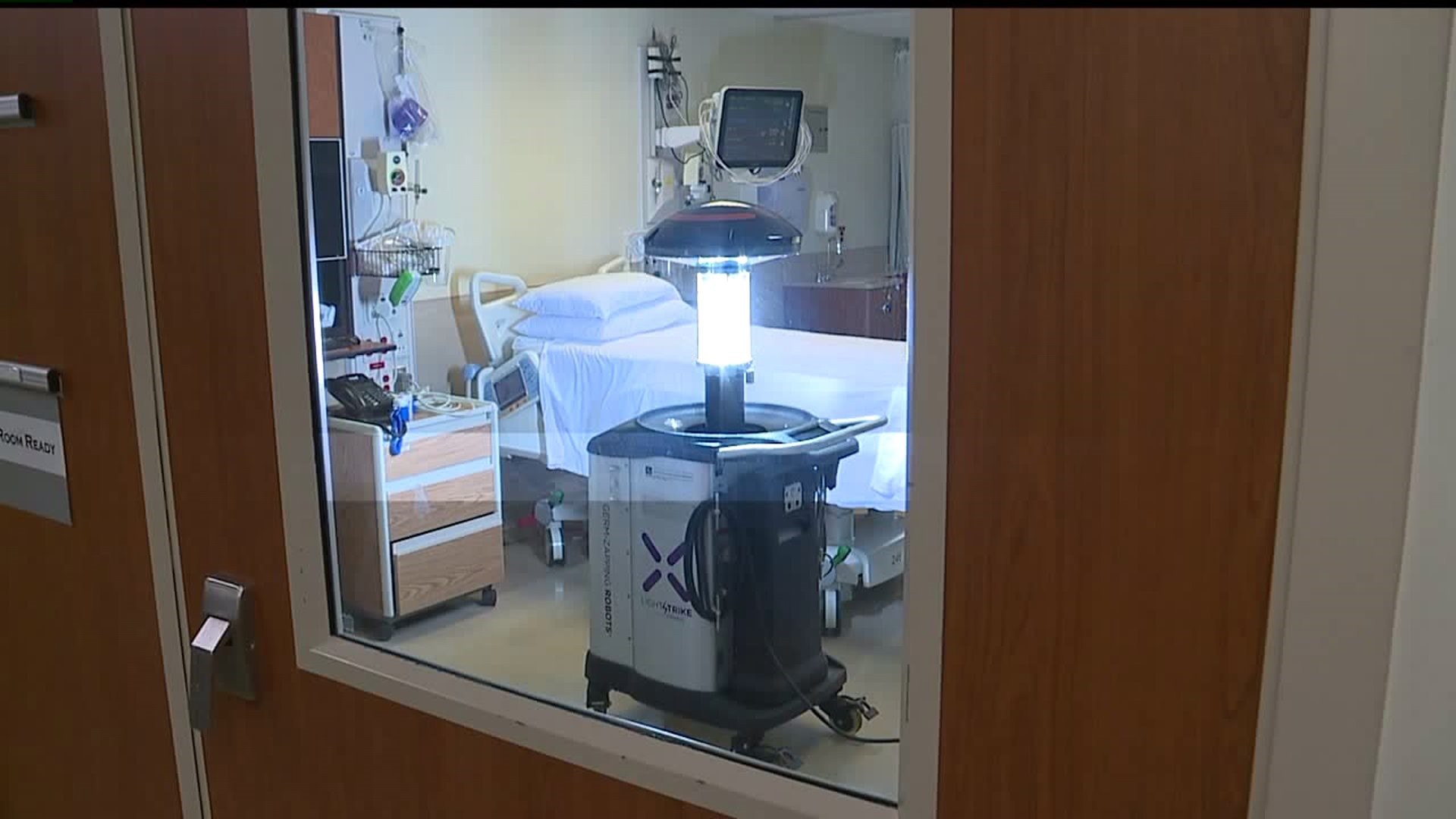 CHAMBERSBURG, Pa. -- The CDC is warning hospitals to be on alert for the spread of new superbug fungus, Candida auris. Chambersburg hospital in Franklin County said it hasn't had any cases of it yet, and a tool they have could be a big reason why.

Everyday, Robin Stahl, an Environmental Service Aid, cleans the rooms at Chambersburg Hospital, and she has a strict routine.

"If a patient was in this room everything gets wiped down regardless if they touched it," Stahl said.

It's the same routine she's followed for 17 years.

"You strip down the room, which, whatever the patient has touched, you get rid of," Stahl said. "And then I usually start and go around the whole room and I wipe everything off."

But now she has a buddy.

"It takes care of the little germs that we have," Stahl said.

It even has a name, Teller. The UVC robot uses pulsed xenon lighting to break down the DNA structures of micro-organisms. So they can't replicate, and then die.

"I plug it in, turn it on, and then it will tell me to hit a button, and then I'll hit this and this will come up automatically," Stahl said. "That's it."

"Teller" comes in after the humans do a thorough wipe down.

"They'll clean the room, do it appropriately, and then they'll run it on one side of the room and turn it off and go to the other side of the room and run for 5 minutes," Ruth Freshman, Director of Epidemiology, said. "It doesn't run over the room by itself, they have to literally push it to different areas."

Humans can't be inside while it's running, but you can tell when it from the bright light.

"It just makes it safer for them," Freshman said. "Ya know, if the patient before them may have had something and we weren't able to identify it or they weren't sick yet, it's going to destroy any remaining organisms hopefully that were in the room and it'll be safer for the patient then."

And make no mistake, there's no cutting corners in the cleaning process.

"I mean I could go through 15-20 rags and wipe everything off," Stahl said. "I can't always get to the little nook and crannies. Especially in a bed. You can't get every spot. So this machine does what it's supposed to do."

So now it's man and machine vs a superbug.

Chambersburg Hospital would not release how much the robot costs, only that it's expensive but worth every penny. Right now they have 6 of them. Each of them has their own name, like Teller.