EAST HEMPFIELD TOWNSHIP, Pa. — It could happen anywhere: protests that turn violent, endangering first responders and civilians. There are other ways prot... 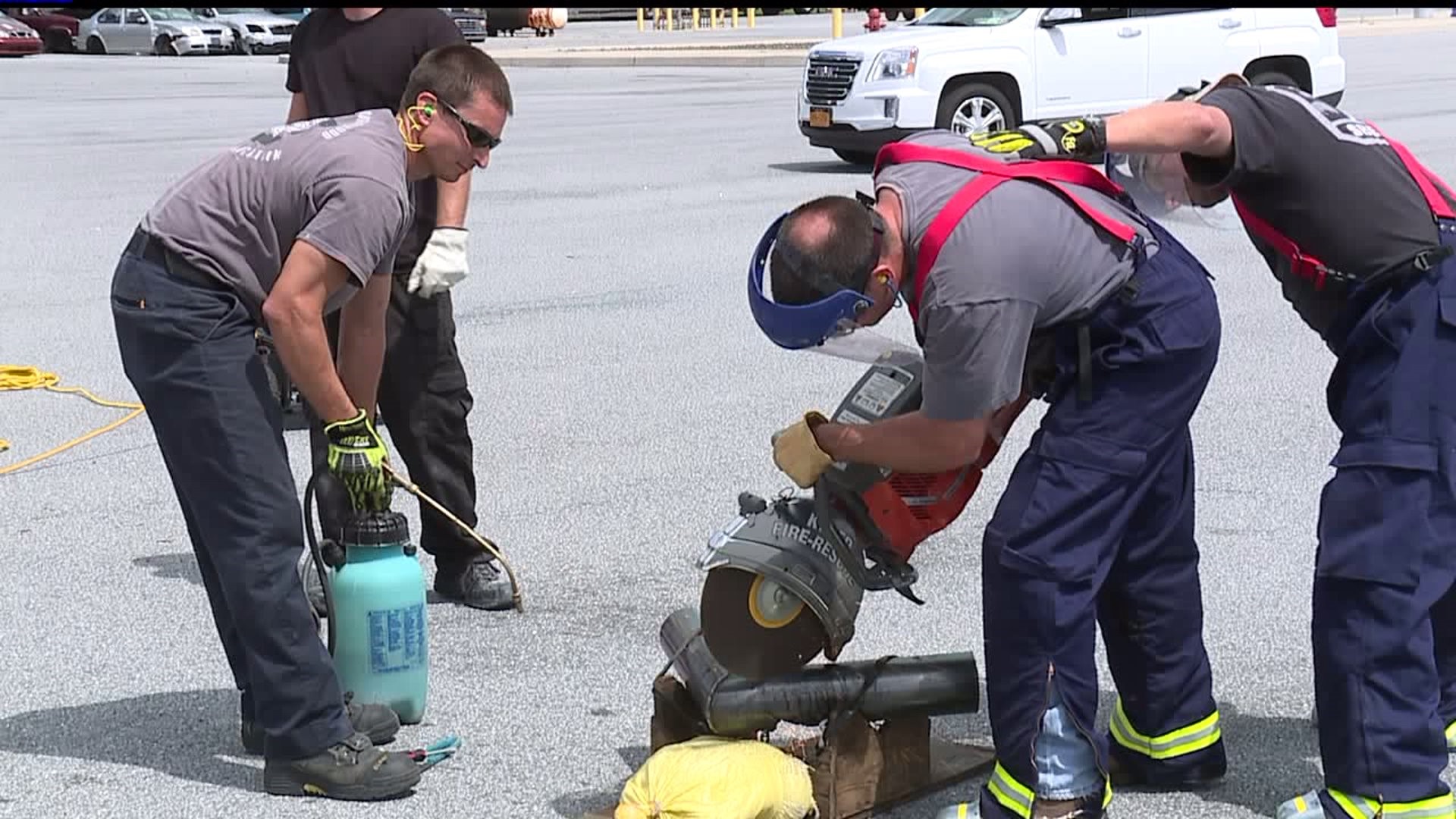 There are other ways protests could put those responders in harm's way.

Captain Adam Kosheba, Troop H Commander for Pennsylvania State Police, said, "It's a shame to see it has come to this in Central PA and across the United States. Unfortunately history seems to repeat itself and you're starting to see more and more of these protests coming up."

First responders said they are preparing for civil unrest to come up in our state.

Their training involved "Field Force Extrication" to teach responders how to free protesters from devices they've attached themselves to without injuring either party.

Kosheba said, "There are certain methods to attack each device without putting any harm to the protester, and also the safety of us is paramount."

Officials want to make it known, they are only trying to keep everyone safe.

State Senator Scott Martin said, "They still are now being very proactive, recognizing that that could occur here and are trying to train themselves in a fashion that's not about taking sides it's about protecting our citizens and our community."