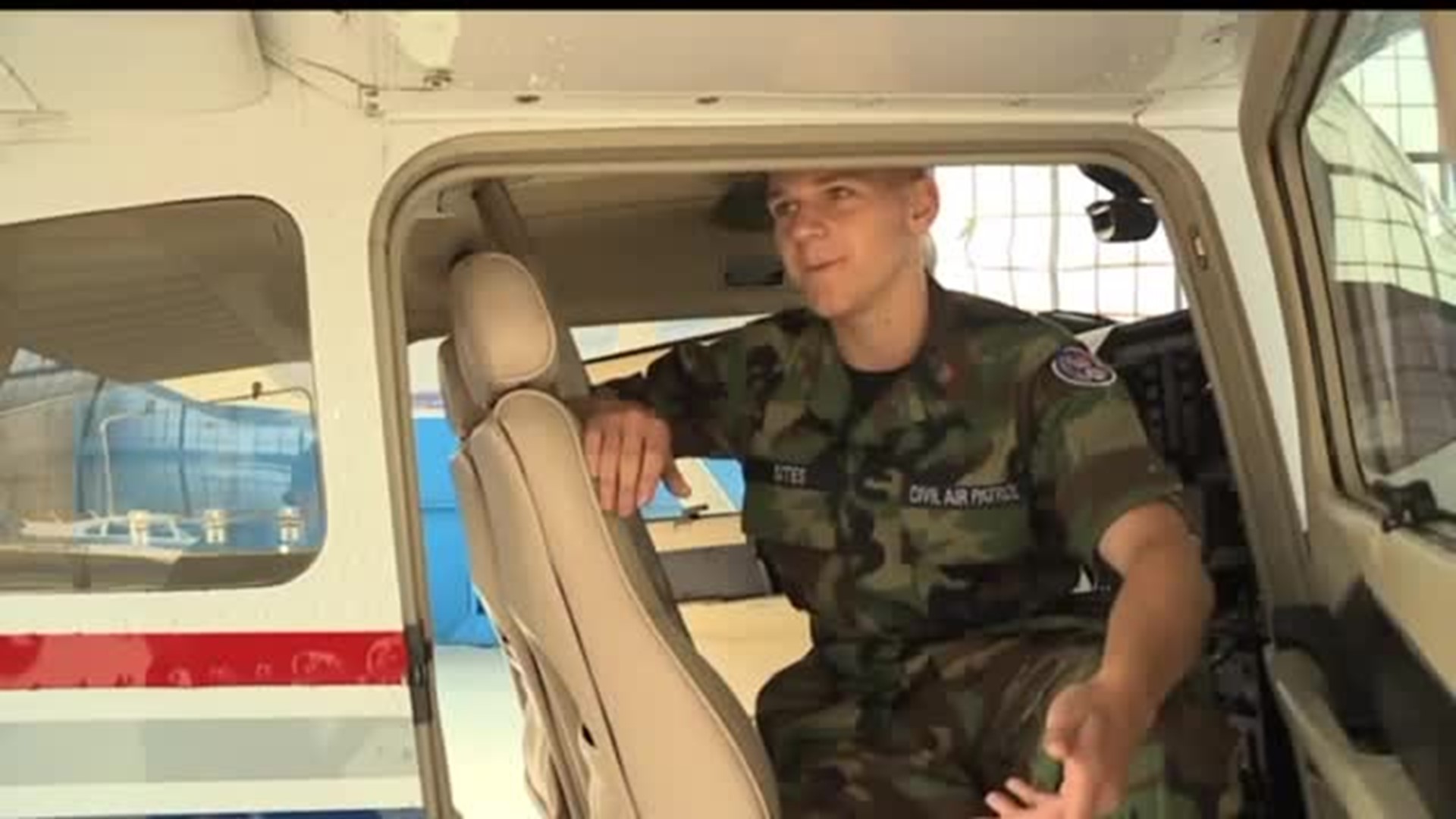 Brandon Site is a Civil Air Patrol Cadet from Mechanicsburg.

He pilots a Cessna 182 for the first time at Skyport Aviation in Fairview Township, York County near New Cumberland after training with his deputy commander, Lt. Col. Steve Riley.

Cadets say the lessons they learn stretch beyond the sky.

Cadets learn the importance of serving others while training in the Civil Air Patrol.

"The civil air patrol has taught me that putting myself first never does get anywhere - that you have to put your team first, and your country first, and other people first," added Site.

Many of the cadets will take the skills learned in the Civil Air Patrol and start a life-long endeavor serving others: joining the military.

"Go into the Air Force, maybe be a pilot," said Cadet Carson Dively from Mechanicsburg.

"Maybe a bomber in the Air Force or something like that," added Cadet Site.

Acquiring skills for a future career and wisdom beyond their years.