York – Pro Football Hall of Famer Chris Doleman has seen a lot in his life. There have been victories and defeats on the gridiron and a Hall of Fame induc... 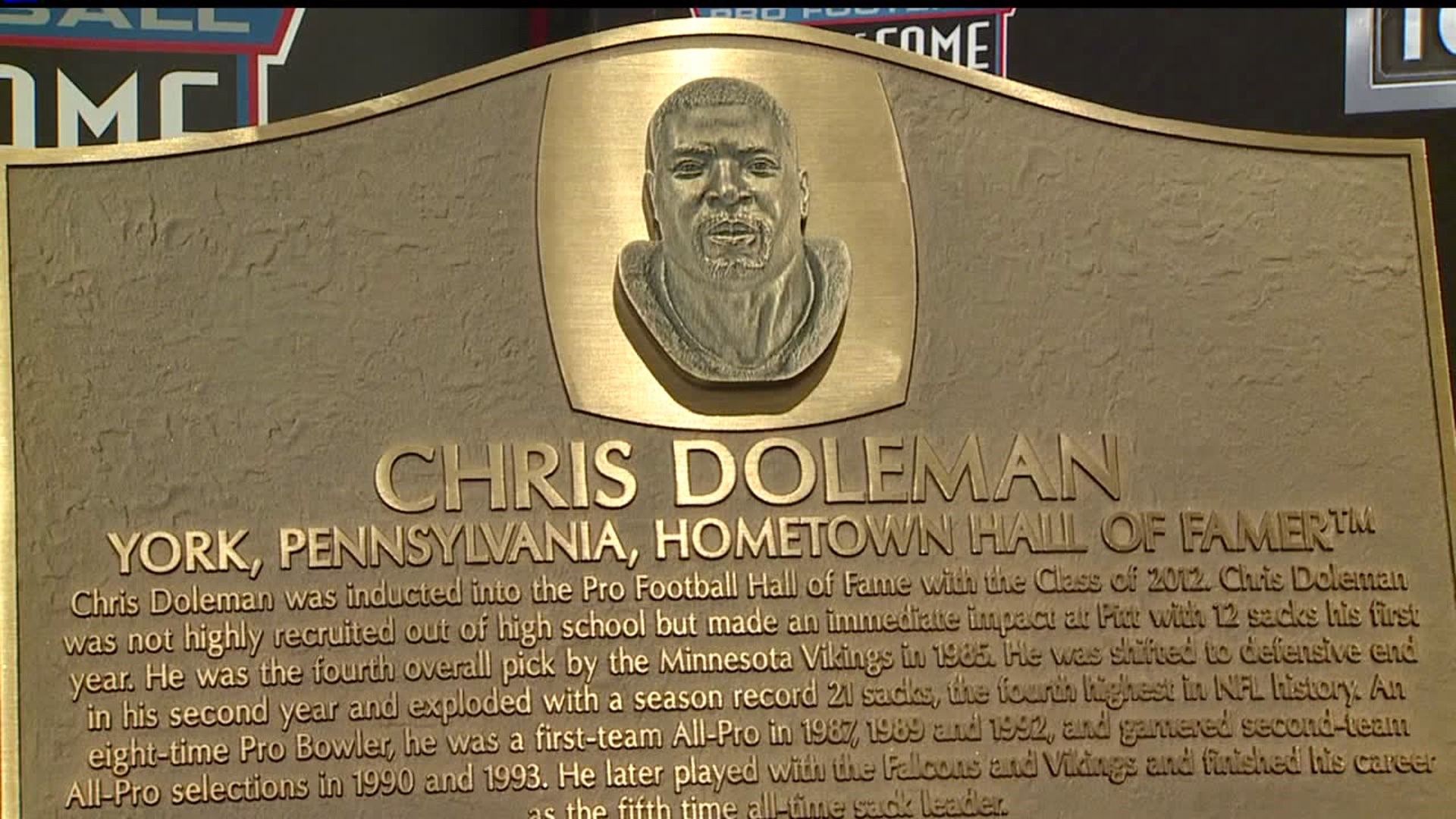 York - Pro Football Hall of Famer Chris Doleman has seen a lot in his life. There have been victories and defeats on the gridiron and a Hall of Fame induction in 2012.  He has also experienced  life changing lows. In January, he underwent brain surgery due to a Glioblastoma tumor.  He may be down but he isn't out and he is still out to inspire the next generation of York High players.

Current Bearcat head coach, Russ Stoners, who was in attendance at Friday's ceremony, says his goal when he came to York High was to bring back past greats of the program and talk to the family.

" Chris made a comment today about wouldn't it be awesome if one of the students sitting here became the next great engineer at Ford. He gets it, it is not always about football, but just being excellent at what you do," said Stoner.

Doleman was at York High as part of Ford's Hometown Hall of Famer Program.  Students and players listened to his inspiring words and also saw his hometown plaque being revealed.  Chris got to talk to some of his old friends and teachers and he also held a question and answer session with the Bearcat football team.

The message he delivered, strive for greatness.

"Why not you?  Don't think it is going to be someone else.  It could be you," said Doleman. "If you are out there sharing the field with them why can't it be you," he added.

Upbeat during the entire session Doleman told one fan that he actually played 13 years, in the NFL, not the 15 that he gets credit for.  He said that makes his 150.5 career sacks looks even better.  When one young Bearcat asked a shy question about putting on Doleman's Hall of Fame Ring, he responded "Sure, but don't drop it".