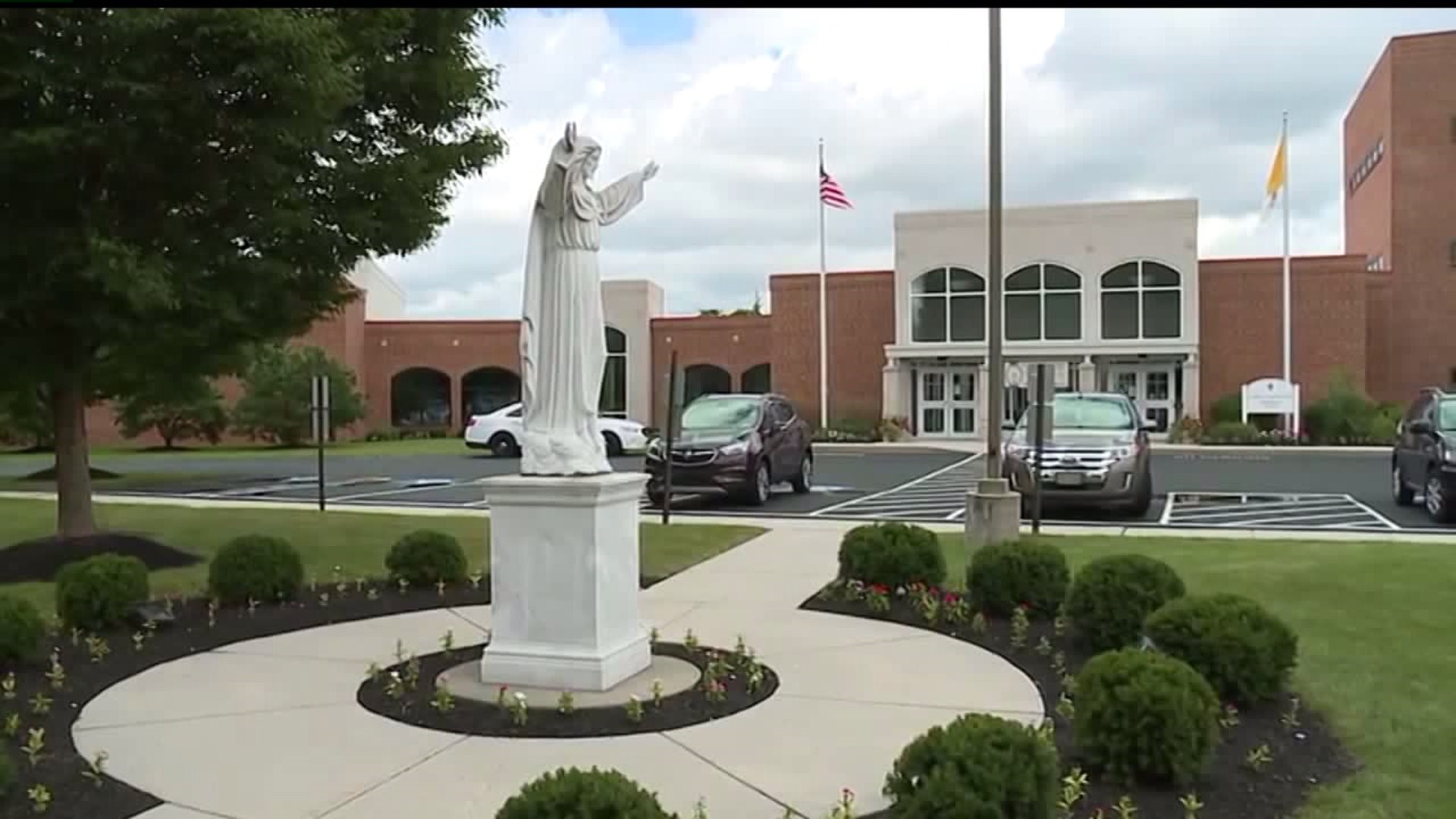 HARRISBURG, Pa. --- The fallout continues following the release Tuesday of a redacted version of the grand jury investigation report into child sex abuse within six catholic dioceses in Pennsylvania.

One man, who remains anonymous, spoke exclusively with FOX43 a month before the grand jury report's release about alleged abuse he endured at the hands of Herbert Shank, a former priest within the Diocese of Harrisburg, when he was a pre-teen.

He says he was one of the many survivors who testified for the grand jury report.

The source's take on the report is it's "another step in the process."

While he said the report's release was "good" despite some redactions, he believes the real battle begins now.

"This is no way by any means closure this is by no way any means vindication."

Our source said it was painful for him to read Herbert Shank's section in the grand jury report.

"To the people before my abuse, I feel empathetic towards them and I really feel bad that this happened. For the people after me, I apologize. I wish, again, I was strong enough back then to say something and do something to stop this abuse right then and there and maybe they would not be going through the same pain and suffering and dealing with the scars that people like myself currently go through today."

Here is what is quoted in Herbert Shank's section of the grand jury report made public yesterday:

"According to the Diocese of Harrisburg's records, in 1994, one boy alleged that Father Herbert Shank molested his brother, himself, and five altar boys. The reporting boy stated Shank took him on trips and he would stay at the parish overnight. One night at the rectory, Shank showed the boy a box full of half -naked photographs of other boys his age. He recognized some of the boys as altar boys."

"(REDACTED), Vicar General, wrote a memorandum that discussed a telephone call from Father Leo Goodman. Goodman found hundreds of pictures of young boys in drawers in Shank's room at the rectory. Goodman also found "negatives of pictures of young boys - mid teens - including shots of genitalia. No corresponding pictures were found, only negatives." Goodman wanted to allow the victim, one of the altar boys referenced above, to pack up photographs of himself, although the victim would not be allowed to keep the photographs of himself. (REDACTED) suggested that was not a good idea. Goodman allowed the victim to help gather Shank's belongings. Goodman left the room briefly, and when he returned the negatives were missing. The victim admitted he took the negatives from Shank's room."

"Another victim contacted the Diocese of Harrisburg to report abuse by Shank. This victim was very concerned about the photographs Shank had taken of him. A memorandum written on November 18, 1994 by noted that Shank called the victim the day before. The priest from the rectory suggested the Diocese look at the VHS tapes Shank had in his "collection" noting "especially the ones that appear to be blank tapes.""

"On December 2, 1994, another victim contacted the Diocese of Harrisburg. This is the brother of the first victim who made a report. This victim stated between 1971 and 1974 Shank molested him. He first met Shank when he was in sixth grade and acted as an altar boy. Shank took the victim and other boys to drive-in movies, swimming, and on field trips to other states. In seventh grade, Shank took this victim to different places alone. Shank gave him massages, which led to overnight stays with this victim that included naked rubdowns, kissing and Shank photographed the victim. Shank photographed this child's erect penis. Shank placed his mouth on the child's penis until it became erect and then he took photographs. The victim remembered he was under 16 when this occurred. He stated in 1998 Shank wrote him an apology letter. "

"On December 31, 1994, Helwig wrote a memorandum to Dattilo noting he had a conference call with Shank and others regarding his stay at the Institute of Living, a treatment center. He mentioned there was a legal obligation to contact the District Attorney. The memorandum stated, "Father Shank said that, if this must be done, it must be done." Two other priests at the conference offered to help and support Shank through this "difficult time;" "both said that they have had experience in matters such as this.""

"After the Thirty -Seventh Statewide Grand Jury Report into the Diocese of Altoona - Johnstown was made public, the Office of Attorney General, received information from another victim of Shank. The Agent interviewed the victim in 2016. The victim reported that in 1981 Shank preyed on him while he was an altar boy. Shank massaged the victim's naked body and kissed the victim. Shank photographed him at age 10 when he was in his underwear and also when he was completely naked. He often times went to New York with Shank where Shank gave him alcohol. The victim recalled one night at the rectory. While sleeping, Shank stood over top of the victim in bed. Shank was naked and rubbed his penis on the victim. The victim stated Shank kept photographs of naked boys in a binder. One day, he snooped around Shank's room and found a letter addressed to another victim. A few years later, Shank arrived at the victim's home and informed him that someone made a report that he was inappropriate with a minor. Shank asked the victim, "why didn't you stop me.""

"In 2017, agents from the Office of Attorney General spoke with the York City Police Department regarding the 1995 report. An officer who was not working on the case, but familiar with it, stated Shank recorded television shows on VHS tapes. Shank then recorded himself assaulting young boys. Shank preserved his assaultive recordings on VHS tape spliced in the middle of recorded shows. The officer stated the victim made it clear he would not testify and that the Diocese of Harrisburg shipped Shank out of the area. The Diocese's file noted that Shank was sent to the Institute of Living in Connecticut for treatment from December 1994 to at least mid -1997. "

Our source mentioned Father Paul Helwig in our original interview as having knowledge of inappropriate touching by Shank.

"He knew or suspected like this was not normal. This is something that should not be happening," said the source, in part, at the time.

FOX43 has tried contacting Father Helwig through email and a visit to the office of his current parish, St. Margaret Mary Alacoque Church in Harrisburg.

He has not responded to email requests for comment nor was he available at his office.

Our source said he believes Father Helwig was put in a tough position by the Diocese of Harrisburg to handle allegations of abuse.

Our source said he believes the only way to help victims included in the report is to change the statute of limitation laws in Pennsylvania.

He implored, specifically, for Rep. Mark Rozzi's legislation (HB 612) that includes a retroactive civil window for survivors like him who have aged out of the statute of limitations so that can get their answers in court.