HARRISBURG, Pa. — On Wednesday, state Senator Joseph Scarnati called on the Catholic Church to set up a victim support fund that would pay restitution to ... 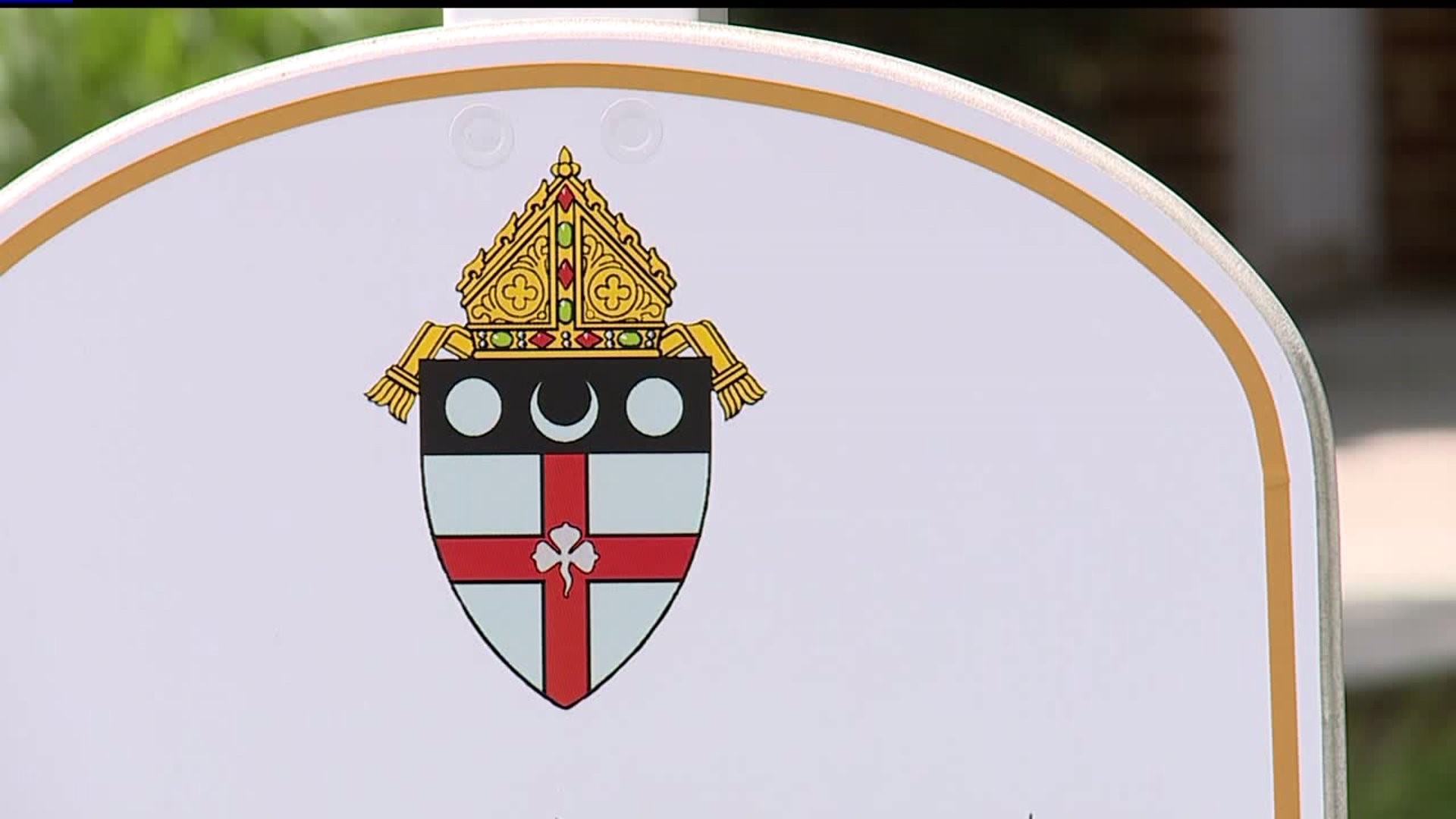 HARRISBURG, Pa. --- On Wednesday, state Senator Joseph Scarnati called on the Catholic Church to set up a victim support fund that would pay restitution to victims.

This comes after the grand jury report on child sex abuse within six Catholic Diocese in Pennsylvania identified more than 300 "predator priests" who allegedly abused thousands of children.

Following that call, the Diocese of Harrisburg announced their support and planning of such a fund.

"I think we're really at the beginning stage of this but I do believe things will happen, quickly," said Michael Barley, a spokesperson for the Diocese of Harrisburg.

Barley also said the Diocese of Harrisburg would pay for the fund, which would iunclude input from other sources such as insurance.

It will be a decision that is, ultimately, up to Bishop Ronald Gainer.

"We want to help these folks move on and have productive lives again and get past this awful thing that happened the best we can," said Barley.

One man, who is keeping his identity anonymous and says he is a survivor of child sex abuse by a former priest, does not see a fund as a viable resolution.

"There is accountability that victims are looking for that we're not going to get by getting a seven-figured check," said the source.

This source has shared his story with FOX43 about alleged abuse at the hand of a former priest, Herbert Shank, when he was a pre-teenager in the early 1980s.

Our source said survivors like himself want to see accountability inside of a courtroom, not through a paycheck.

He calls a victims fund "ointment on a wound without a band-aid."

A debate continues on the current statute of limitations in Pennsylvania.

His bill does not include a retroactive window for victims who aged out of the current statute of limitations to sue.

“Many survivors continue to advocate for legislation which would include a retroactive component. While I fully appreciate their passion for this issue, it does not change the unconstitutionality of the reviver in light of Pennsylvania’s Remedies Clause in our constitution, which prohibits a retroactive change to civil and criminal statute of limitations. The possibility of allowing a reviver by constitutional amendment has also been raised. While I would support a constitutional change, it is an extended process and has no absolute certainty," said Sen. Scarnati, in a statement.

Our source, who says he has aged out of the statute of limitations, believes that is an answer for the Pennsylvania Supreme Court to decide.

"I think Senator Scarnati or anyone else coming out and just making statements like that, without having it fully vetted, I think is purely for optics," said our source.

Pennsylvania Governor Tom Wolf weighed in Friday on the idea of a victim support fund.

He issued the following statement: “The horrifying abuse endured by an unimaginable number of victims demands swift and substantial action. Let's be clear: Many victims were coerced and suppressed from coming forward by an institution they felt obligated to respect.The reforms laid out in the Grand Jury report would deliver what victims deserve. In my view, a limited victims fund outside the judicial system would not. The Church, as a moral authority with a long and important record of social justice, should agree. We cannot shortchange these victims and we must set an example for the country - and the world - that Pennsylvania stands with victims. I implore the House and Senate to send the reforms laid out in the Grand Jury report to my desk without any hesitation.”