YORK, Pa. — When you come out to a York Revolution game this season, you’ll see a few changes. Not only will there be new rules in play, you’l... 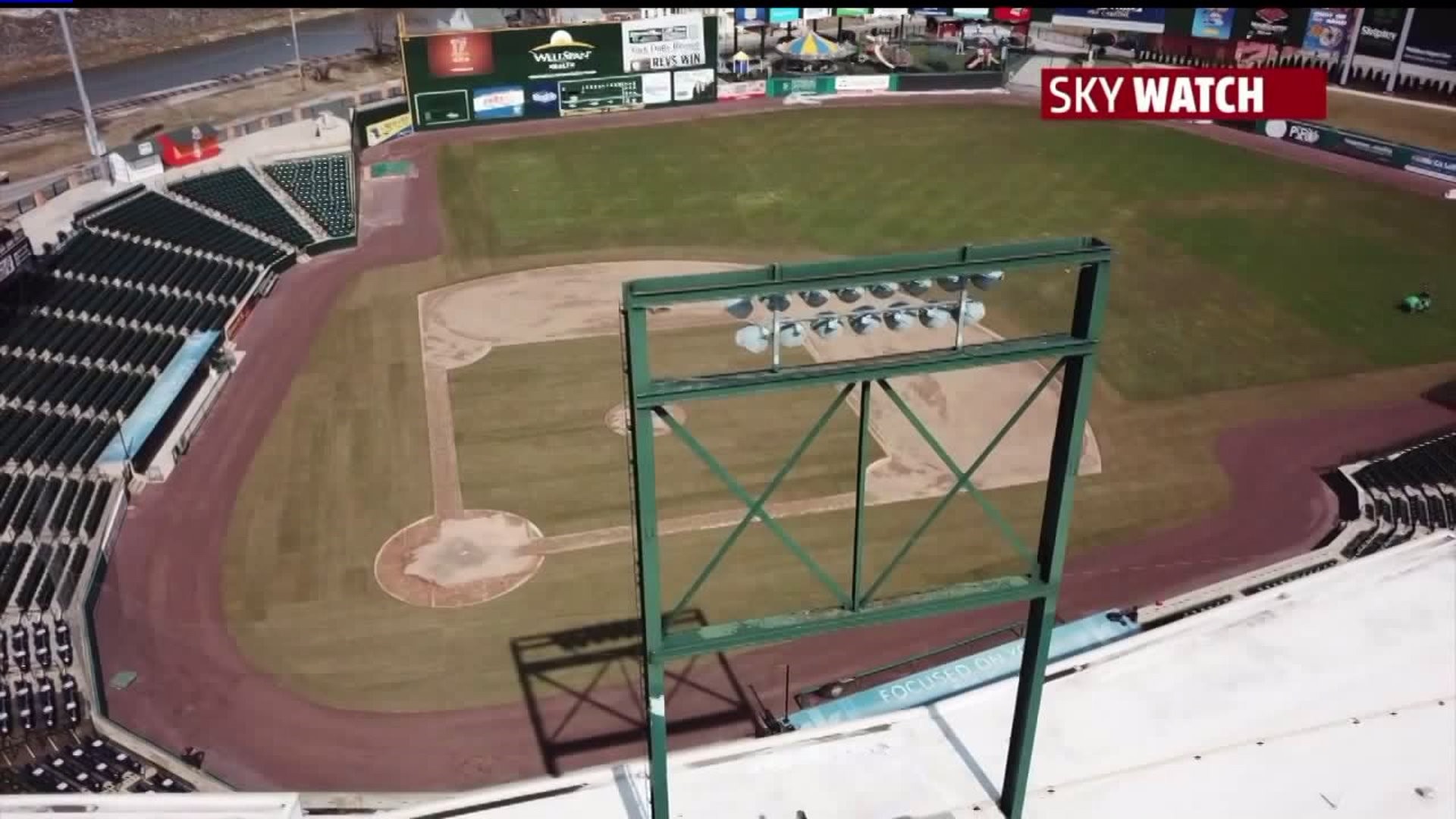 YORK, Pa. -- When you come out to a York Revolution game this season, you'll see a few changes.

Not only will there be new rules in play, you'll notice a new field, a new club with all you can eat food and drink, and other renovations to the stadium.

It feels like a home run kind of season for the Revs.

"If you're a Revolution fan, you get to go to another part of the country and say my team is one of only 8 in the country that's trying this," said Eppler.

Eppler says a new partnership between the MLB and the Atlantic League isn't just good, it's great.

That is partly because one of those rules consists of each of the league's 8 teams installing a radar tracking system which will assist the umpire in calls.

It's a game changer for players and coaches.

"So our pitchers and our batters - all of their performance will be tracked, recorded, analyzed, and that data will be sent, not only to Atlantic League teams, which gives our coaching staff's a huge advantage, but all of that will be sent each day to all 30 Major League ballparks," explained Eppler.

Another rule - moving the pitching rubber back 24 inches for the second half of the season.

"MLB has realized over the years how much more dominant pitching has become," said Eppler.

It's come to the point, in some cases, it's either a strike out or a home run each time someone steps up to the plate.

Eppler says adding the extra space will help pick up the game's pace.

"Seeing what impact that has on the ability of a batter who now has an extra split second to react to a pitch," he explained.

"We're even trying to respond to the concern that the game can drag on a little long," added Eppler.

That means no mound visits unless a team needs to change pitchers or a player gets hurt.

Not to mention, time between innings and pitching changes will also be decreased by 20 seconds.

It's a lot of changes, and they're happening fast, according to Eppler.

For people who love the sport the way it's been, it could be a lot to absorb.

Eppler says it could also be what's needed to fill these seats.

"It's a glimpse of the potential future of baseball, and if that's what is driving them to the park this year, absolutely, we welcome them to PeoplesBank Park," added Eppler.

Rev's players are preparing for some of the changes; pitchers are practicing their fastballs at two different distances

The season kicks off April 26th.