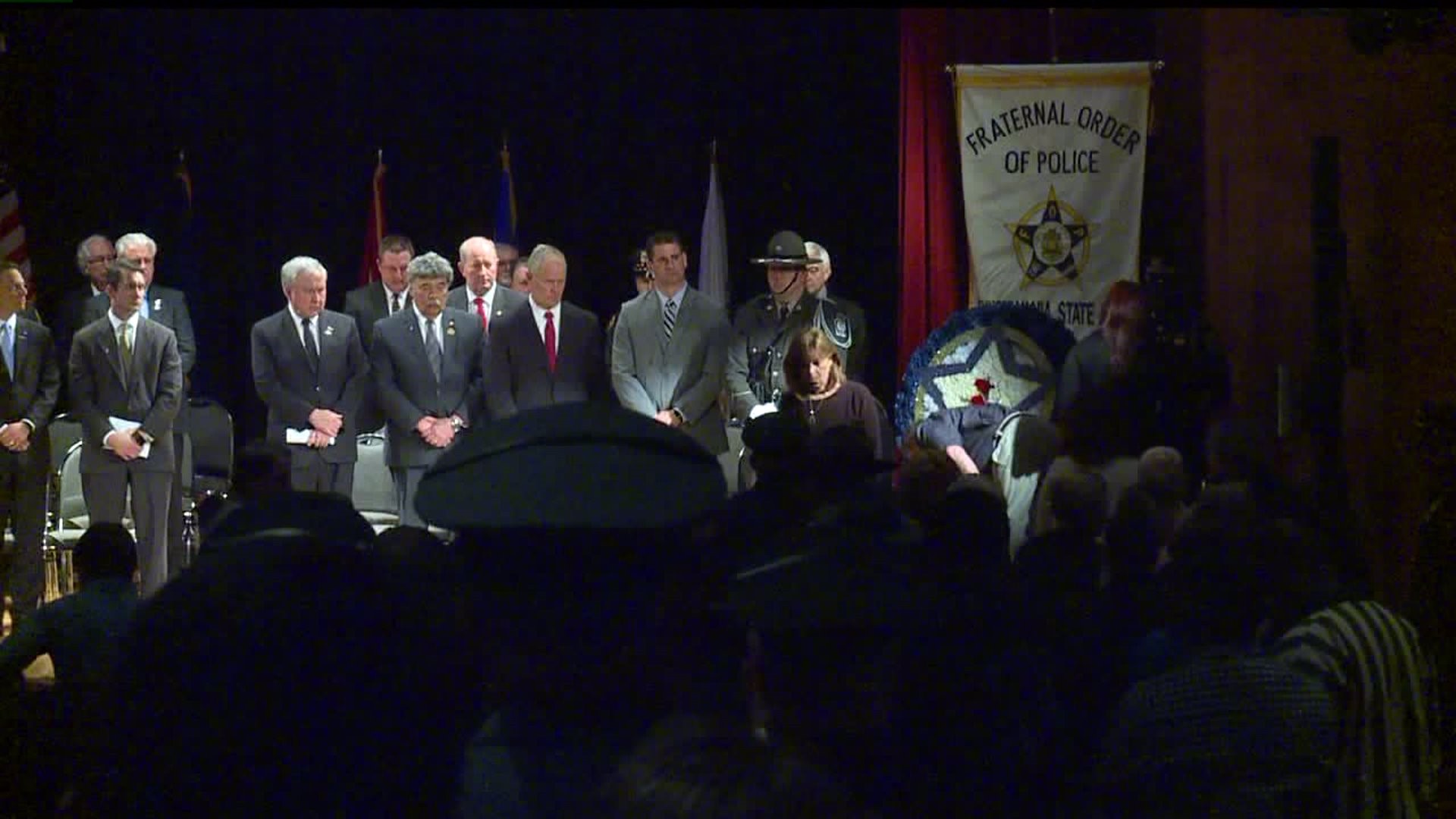 HARRISBURG, Dauphin County, PA - The Pennsylvania Fraternal Order of Police Pennsylvania State Lodge held a ceremony on Monday to honor several police officers who were killed while on duty this year.

"They chose to put the lives and freedom of others before their own, not knowing what the future would hold. Because of them, our homes, streets and communities felt safer.  Today, we thank our families and honor these men for these fearless dedication and valued service that they brought to the Commonwealth of Pennsylvania," said Les Neri, President of the Fraternal Order of Police, Pennsylvania State Lodge.

The ceremony was the Fraternal Order of Police's 24th Annual Officer Memorial Service.