YORK COUNTY, Pa. —  Finding laborers for farm work can be difficult, according to some farmers in our area. To keep up with Central Pennsylvania’s b... 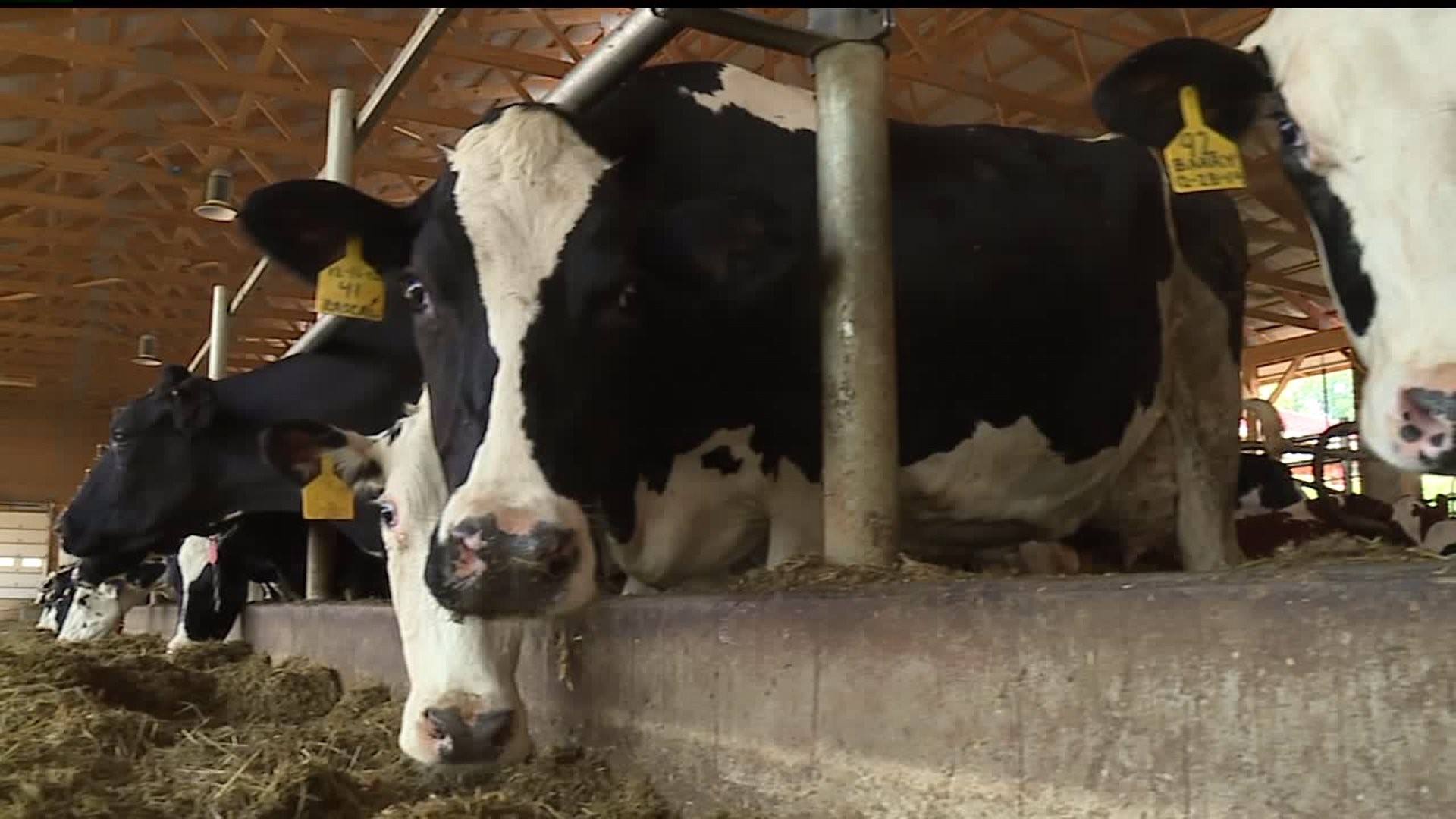 YORK COUNTY, Pa. --  Finding laborers for farm work can be difficult, according to some farmers in our area. To keep up with Central Pennsylvania's booming agriculture industry, some farmers have adapted to keep up with the demand, despite a state wide labor shortage.

Cows give us milk, cheese, and who can forget ice cream, but it takes manpower to get those products, and farmers across the area can have a hard time finding that labor.

"The problem with finding qualified help... that's not the issue. The issue is finding people who want to work like a farmer," said Tom Perry, a Partner at Perrydell Farm Dairy.

It takes a lot of time and a lot of man power to get the delicious milk that Perrydell produces. Luckily, there, they have dedicated family members and workers to get the job done.

"In general, if we need help, we breed them. It's that simple. We got like 11 kids running around between the 3 or 4 of us," said Perry.

Like Brian, who came back to the farming industry after working at a factory, but it's not always that simple finding willing workers. Just ask Michael Flinchbaugh who is a co-owner of Flinchbaugh's Orchard and Farm Market in York County. The way to attract laborers there is through new technology.

"Our younger guys, they really like that we have the GPS technology, the computers in the tractor; they like working with that type of equipment," said Flinchbaugh.

One question always lingering in the back of Flinchbaugh's mind: "I mean, that's always in the back of my head; that one year, nobody's going to want to - I'm not going to have that local supply, and then where do I get the labor from?"

Technology there has made expanding easier and cheaper while also attracting workers; Pennsylvania has a labor shortage, according to officials with the Department of Agriculture. Officials say it's hard for farmers to find workers with the necessary skills, and according to Perry, a work ethic.

"We start early, and we work late. So the problem is finding an American worker who wants to work like that," said Perry.

Some farmers say technology may be the way of the future, though, which begs the question: what will happen to skilled farmers?

"Now, if all the kids leave the farm, and the help leaves the farm, we're left with a couple brothers here, then the robots would be something we would possibly look into," said Perry.

"Being able to work with mechanization, because I think that day will come sometime," said Flinchbaugh.