CARLISLE, Pa.– Red Kettle donations for Carlisle’s Salvation Army did not meet their goal. This is the second year in a row. The goal was $130,000 a... 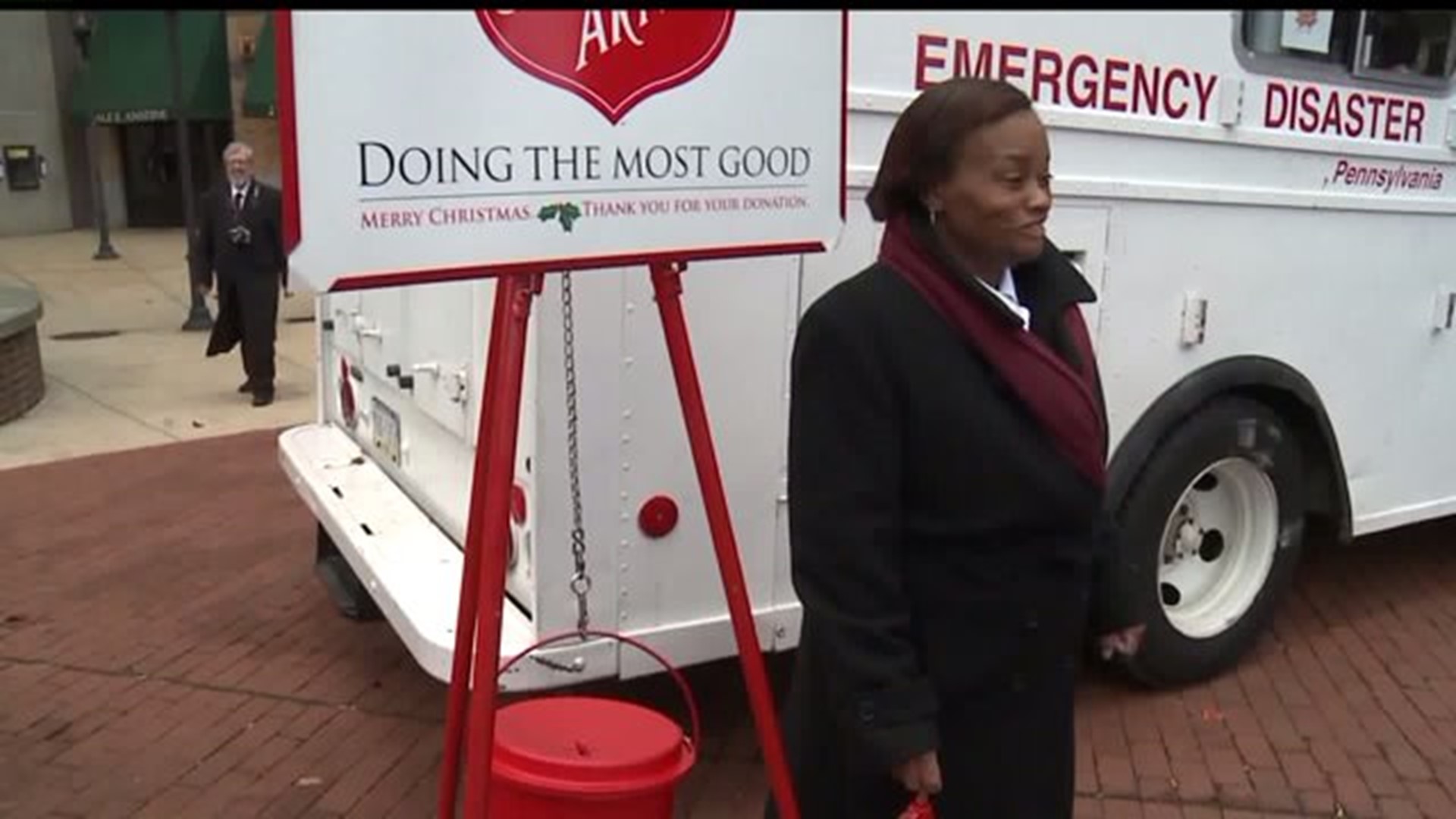 Red Kettle donations for Carlisle's Salvation Army did not meet their goal. This is the second year in a row. The goal was $130,000 and they only have about $117,000.

Major Alma Riley said this makes for 10 percent of their budget. They use it for their programs and helping the community.

Ken Overturf lives in their transitional housing. He said the Salvation Army helped him in this time of need.

"I was really at the point where I didn't know what to do with my life," he said. "They've been there when I needed them."

The Salvation Army has now helped him get into permanent housing.

As for a reason for the low donations, Major Riley said, they just didn't have the donations this past year. Right now, she said nothing is being cut right now.

"We just have to work twice as hard with fundraising to try and make up that shortfall," she said.