NORTH MIDDLETON TOWNSHIP, Cumberland County —  The U.S. Army plans to disinter the remains of six Native American children buried at the Carlisle B... 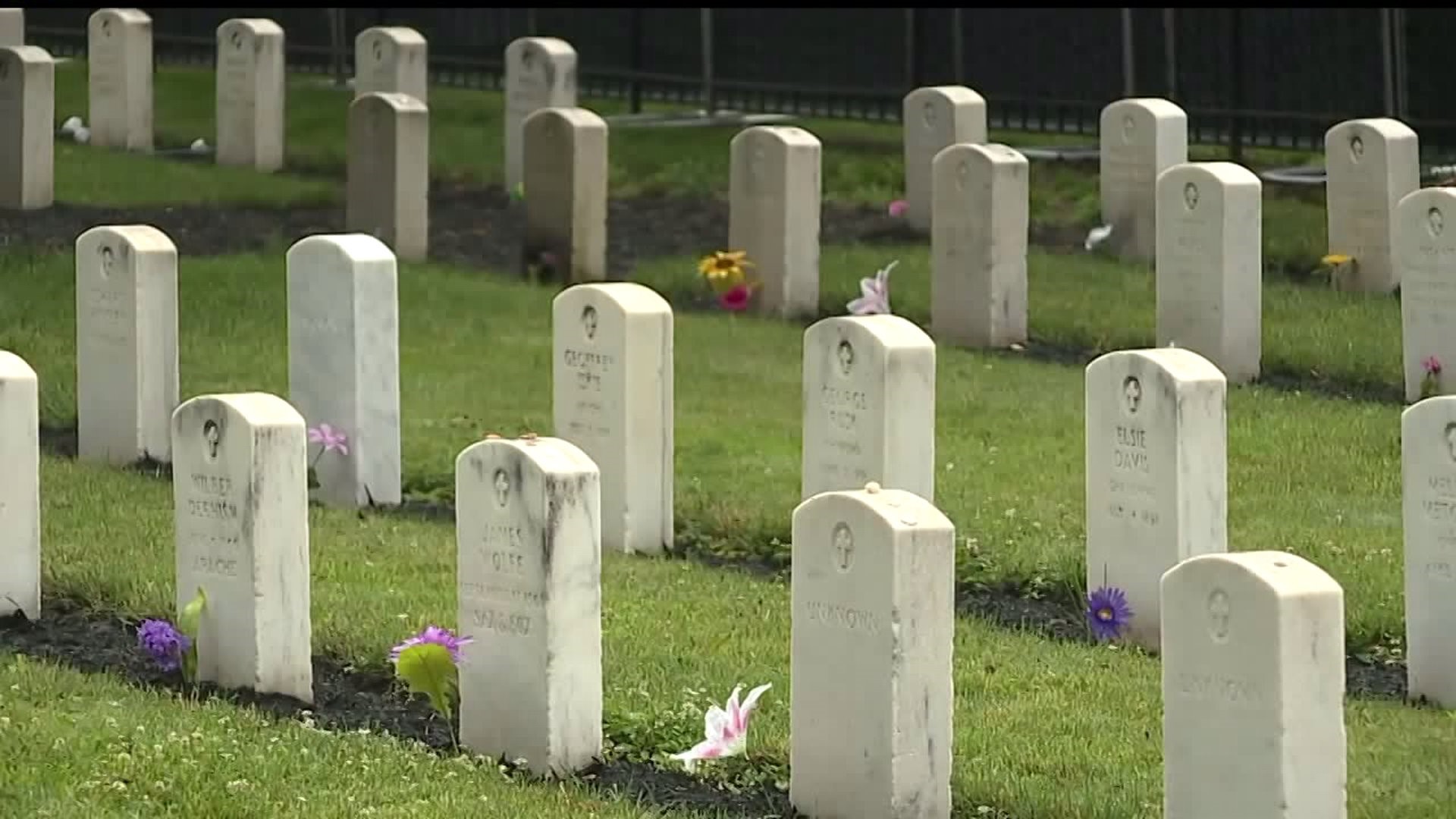 The children died over a century ago while attending Carlisle Indian Industrial School in the late 1800s.

According to Landis, nearly 200 children never made it home and were buried in the barracks.

“There are some nations and families within those nations who will not choose to have their children disinterred. There’s a sense of once they’ve been buried, those remains should not be disturbed.  It’s a past that continues to haunt the present and is going to affect the future. So, it’s about native communities to be able to say what they want happen," said Susan Rose, Sociology Professor at Dickinson College.

It’s not for certain all the remains will be identifiable. The Army made the decision in 1927 to exhume the remains, move them to wooden boxes and rebury them in their current location at the barracks.

"The decision to move the cemetery was based on the improvements they wanted to make to the actual grounds," Landis says.

A team of experts will assess how many bones there are and examine the growth plates to determine their approximate age and sex.

“I think, (it's) really important, that people know that Native Americans are alive today," Rose said.

The Army will cover all expenses for transportation and re-interment of the remains. They hope to bring closure to the families of those recovered.

“These are not the nations coming to repatriate these remains. These are the families, who are citizens of those nations, coming to collect their relatives, said Landis.

The disinterment is set to begin Saturday, June 15th.