HARRISBURG, Pa. — The biggest project in more than four decades is underway for the Pennsylvania Department of Transportation, and Harrisburg-area drivers... 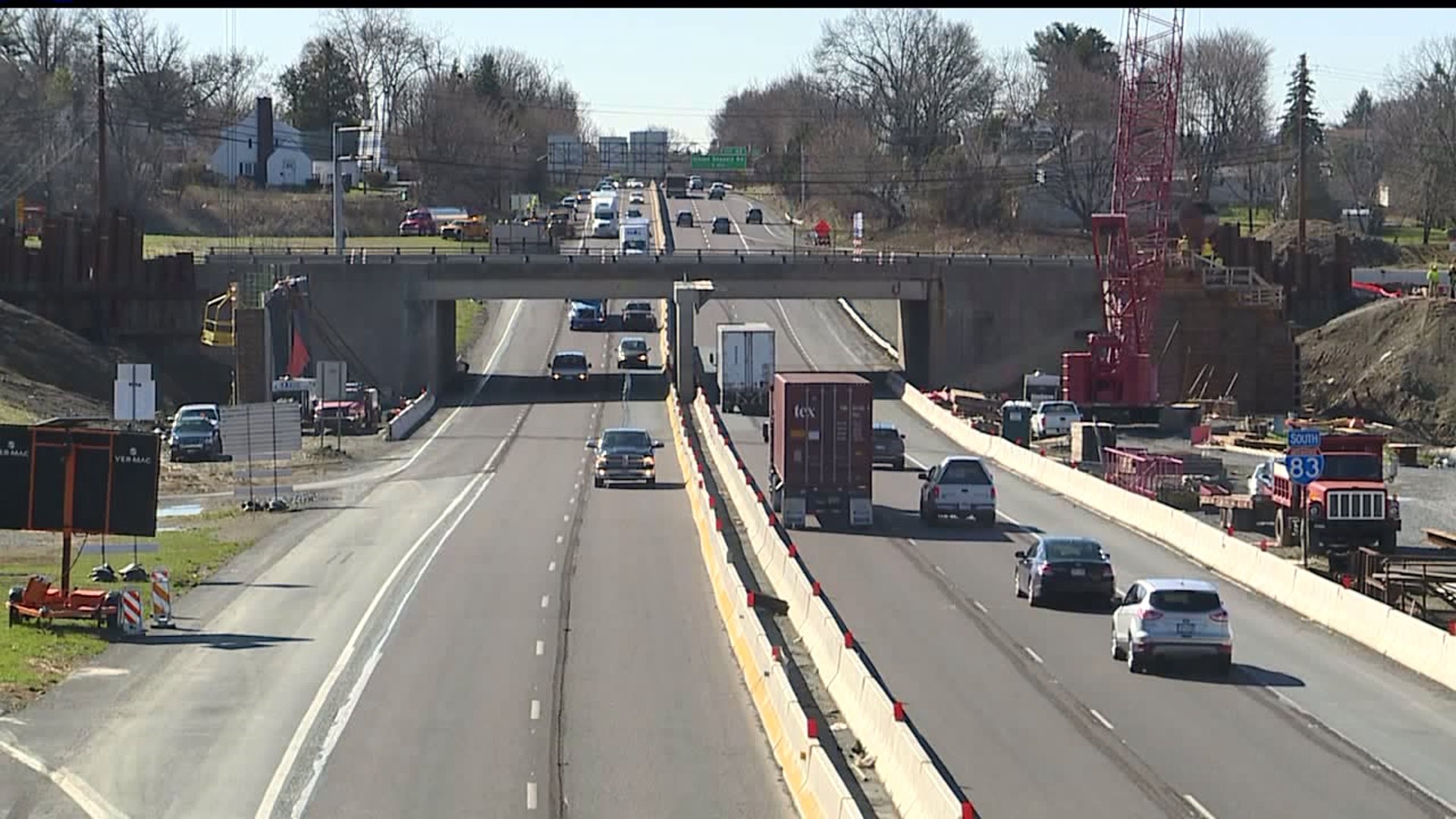 HARRISBURG, Pa. -- The biggest project in more than four decades is underway for the Pennsylvania Department of Transportation, and Harrisburg-area drivers may not see it completed until the year 2030.

What many already view as a driver's nightmare of a road, Interstate 83's bumper-to-bumper, narrow, and clustered eastern Capital Beltway will soon become even more frustrating to drive. As President Trump talks of spending more than a trillion dollars to improve infrastructure nationwide, PennDOT plans to rebuild a major highway in the Harrisburg area: a six-mile stretch costing $1 billion, and construction may last for another 13 years.

The project involves widening Interstate 83 from the I-81 split in Susquehanna Township, through the Eisenhower Interchange in Swatara Township, and to the South Bridge in Harrisburg. Along the way, numerous bridges will be reconstructed to allow for wider highways, and homes bordering the Interstate will also be torn down.

PennDOT believes this is its first widescale widening project since the early 1970's.

"It just got to the point there were no more added capacity projects in the state of Pennsylvania," said PennDOT spokesman Mike Crochunis.

Work on the I-83 Master Plan, as PennDOT refers to the Capital Beltway project, began in 2015, with the reconstruction of the I-83/PA-581 York Split in Lemoyne. PennDOT referred to the interchange as the region's most severe "pinchpoint," with morning rush hour traffic converging from the West Shore and York County heading into downtown Harrisburg.

"That was where we had significant traffic tie up," Crochunis said.

PennDOT created a second lane northbound on I-83, allowing traffic to flow directly to the Second Street exit on the east side of the South Bridge.

The beginning of the Capital Beltway project was the culmination of years of state lawmakers lobbying to fix one of Pennsylvania's busiest roadways.

Discussions began in the early 2000's to improve I-83, PennDOT said. However, legislation wasn't passed until 2013, when then-Governor Tom Corbett signed Act 89 into law. The bill promised billions of dollars for highway projects across Pennsylvania, funded through a myriad ways: a raised gasoline tax and increased vehicle registration fees among them.

Once PennDOT widened the York Split, focus shifted to Lower Paxton Township, where a two mile stretch of I-83 from the Union Deposit Road exit to Jonestown Road/U.S. 22 will widen from four lanes to six through lanes and two local exit lanes. In order to do so, a number of steps need to happen.

PennDOT plans to tear down Revere Street's 20 homes this summer.

"It wouldn't be a good living space for anyone living there," Crochunis said. "And relocating Revere Street is a necessity for access to the other homes there too."

PennDOT has bought most of the homes along the two block street. Twelve of the 20 houses

are already boarded up, and the transportation agency is purchasing the final few homes from residents. Neighbors say most are fine with relocating off the noisy road. Many say only one person is still fighting PennDOT on the price of his properties.

"For many, they don't want to live on the Interstate, so they are relocated to a quieter neighborhood," Crochunis said.

Where the homes currently sit, PennDOT plans to install sound barriers to help lessen the noise from the highway. Widening this section of I-83 will begin in Fall 2018 with a proposed finish in 2021.

Once Interstate 83 is wider in Lower Paxton Township, construction crews will begin what PennDOT calls its "monster project": reconstructing the Eisenhower Interchange.

The labyrinth of concrete, bridges, and one lane ramps connects I-83 to Interstate 283 and U.S. 322. It's a notorious traffic pinchpoint, and one which will takes years to complete to give the highway a more "mainline feel."

"Constructing a flyover bridge with two lanes of travel is quite an undertaking," Crochunis said. "Closing ramps, single lanes, overnight work; we're going to try and continue that the best we can."

"It's like performing open heart surgery on a living, conscious patient," Crochunis said.

"There's never a shortage of projects to construct," Crochunis said. "These are some major undertakings and Interstate reconstructions which we haven't had as long as Ive been here."