CAMP HILL, Cumberland County, PA — The borough planning commission went without a decision Tuesday night regarding whether or not to recommend a proposed ... 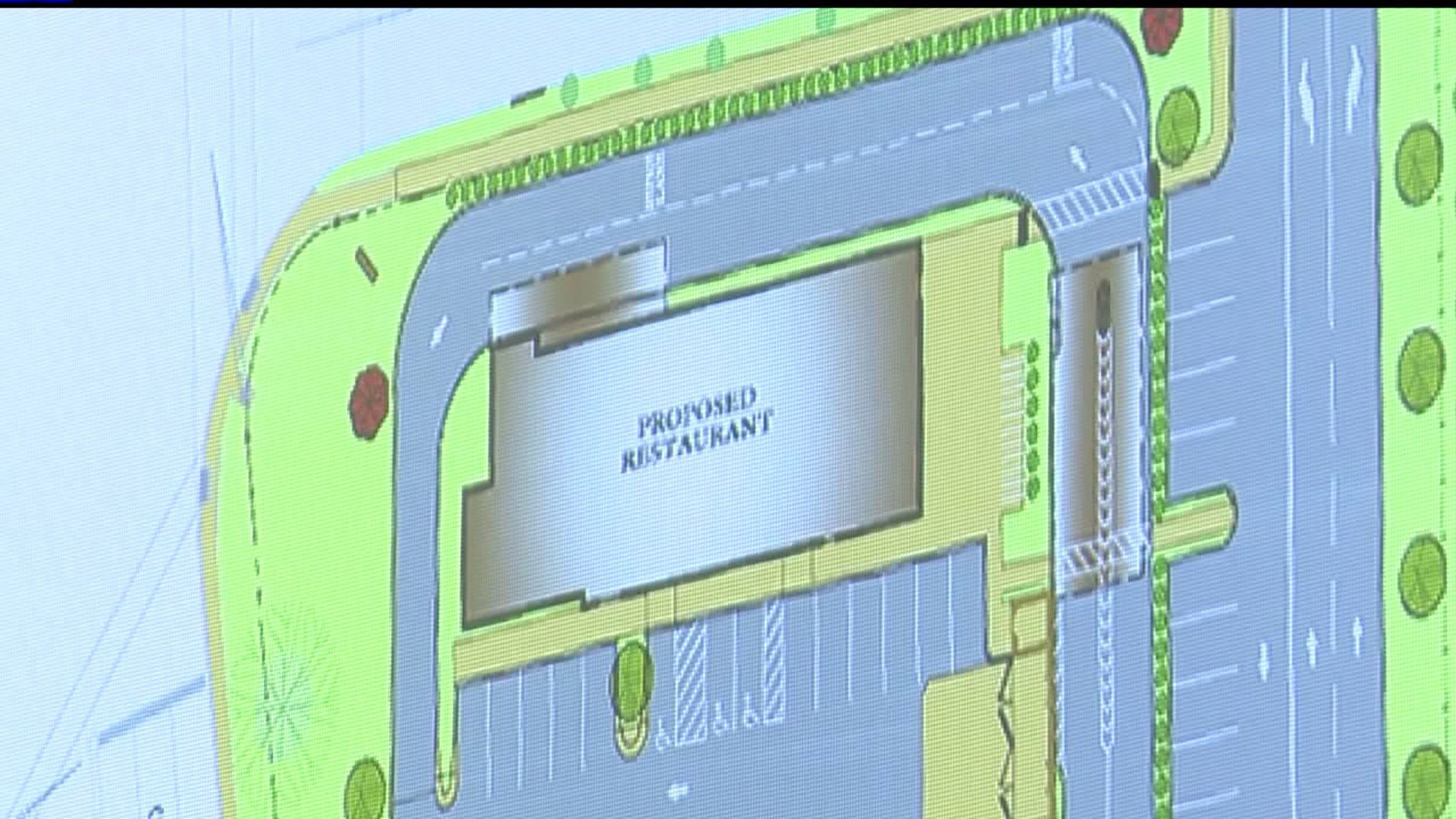 CAMP HILL, Cumberland County, PA --- The borough planning commission went without a decision Tuesday night regarding whether or not to recommend a proposed Chick-Fil-A restaurant.

The developer, Consolidated Properties, is proposing adding the fast food restaurant on the corner of 32nd and Chestnut Streets.

Before the meeting, which ran more than four hours into Tuesday night, people 'honked' their displeasure with the plan with a 'drive-through' protest.

He said its purpose was to show solidarity for people in the surrounding neighborhood that are fighting against the proposal.

“Just seems like a bad location. Nothing against Chick-Fil-A. They have great sauces and I’m sure tasty chicken but it just seems like it could be in a better location," said Underwood.

In front of a standing-room only crowd in Prosser Hall, planning commissioners heard the plans for the restaurant, which has been revised since it was introduced in December.

Commissioners questioned the project team regarding the Chick-Fil-A site plan, the day-to-day operations of the hypothetical restaurant, and results of a traffic impact study.

Residents voiced their displeasure with the project, with the focus particularly around the concerns with what the infusion of traffic could do to a community that they say prides itself on the ability to walk and cycle.

Also, they worry about the safety of residents, specifically school students walking and cycling around the proposed site.

For now, the conversation with the planning commission is expected to continue at the next public meeting on April 16.

Planning commissioners say they will let the public know on the borough website through the agenda.

The developers are expected to return with more revisions and additions to their traffic study.

The planning commission will only weigh whether or not to recommend the project to borough council.

Planning commissioners say their deadline to make their recommendation is at the next meeting on April 16 to give borough council enough time to weigh the project, unless an extension is granted.

They also say the developer makes the decision whether or not to grant an extension.

They add the deadline for the Camp Hill council to make a decision is at its May 8 meeting, unless there is an extension.

If there is no action, planning commissioners say the proposal will be automatically approved, as is.

They say if that happens, that means "everything fell apart" and they are operating under the idea that "will not happen."