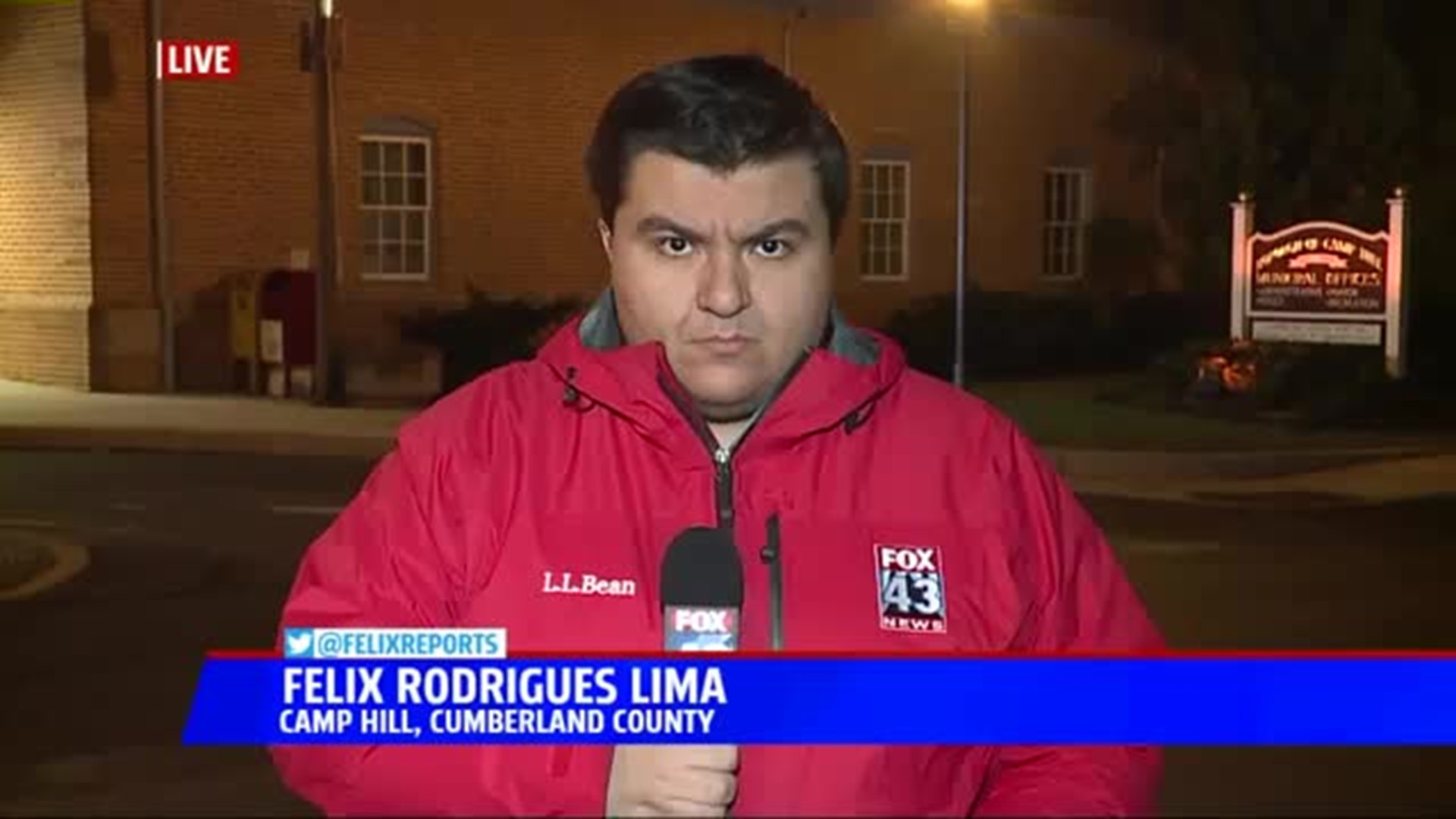 "I think we need to hold people to a high standard who are elected officials or appointed or hired or working for us as a community," said Sherry Bowman, who supported removal of the chief.

After public comment, council then went into executive session for about 15 minutes, and upon re-emerging, announced that Hockenberry had submitted his resignation.

The council then voted unanimously to accept the resignation, although several council members admitted they did so grudgingly.

Council declined requests for on-camera interviews, but instead issued the following statement:

"After an appropriate period of discussion and review, Camp Hill Borough Council has approved a Severance Agreement and Release outlining the terms under which Chief Doug Hockenberry will be separating from his position as Chief of Police. Council also wishes [to] recognize Chief Hockenberry for his prior dedicated service to the Borough and its constituents. As this is a personnel matter, Borough Council will have no further comment.

"In the interim, Mayor Mark Simpson who has statutory control over the day to day operations of the Police Department will continue to work with the experienced ranking officers to administer the Department."

Hockenberry was charged with driving under the influence, disregarding a traffic lane, careless driving and failure to notify police of a crash on November 27 following an alcohol-related crash earlier that month.

The 46-year-old police chief allegedly struck a tree and two mailboxes in Rye Township on November 5 after leaving the roadway.

He told the responding Pennsylvania State Trooper that he was drinking alcohol before driving.