JACKSONVILLE, Fla. — The Penn State Nittany Lions football team takes on the Georgia Bulldogs Saturday in the Taxslayer Bowl in Jacksonville, Florida. The... 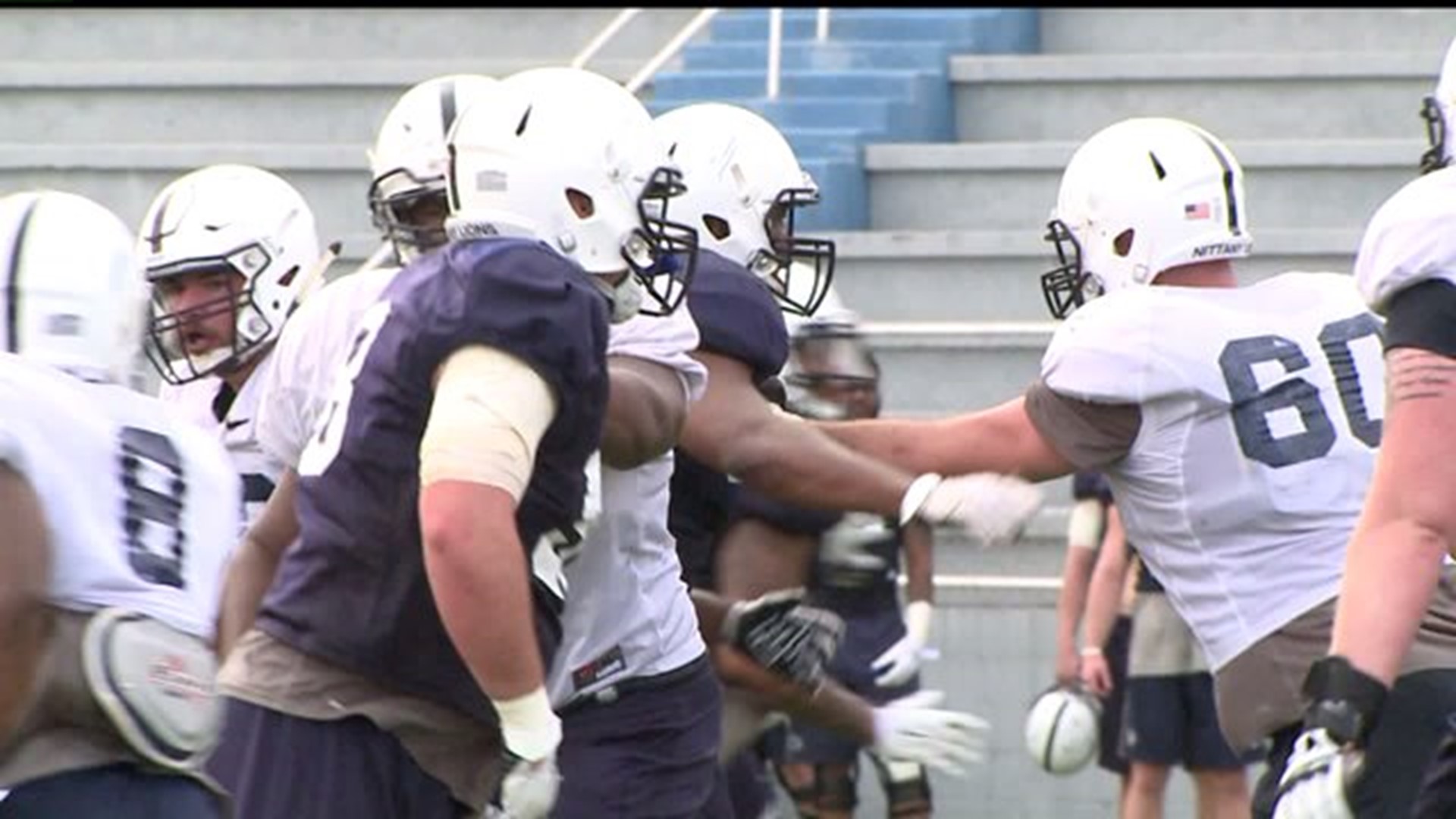 JACKSONVILLE, Fla. -- The Penn State Nittany Lions football team takes on the Georgia Bulldogs Saturday in the Taxslayer Bowl in Jacksonville, Florida. The team has already traveled to the Sunshine State and is busy preparing for the big game at Everbank Field.

One small cosmetic change since the Eagles played here in the Super Bowl over a decade ago -- the addition of the world's largest video board, standing 62 feet tall and 362 feet wide.

"The video boards and all of the video capacities in here have been a game changer for us," says Alan Verlander, Executive Director of the Taxslayer Bowl. " When we talk about our bowl game, other college football games,  when we talk about other events like U.S. Soccer, this is a difference maker for the entities that want to come here."

The stadium also has swimming pools and a cabana area, which go nicely with the other bodies of water in the Jacksonville area.

"We're very blessed with a great waterfront, we have the St. John's River and we have a lot of great 'liquid assets,' as we call them," says Verlander.

The Jacksonville Landing is still decorated for the holidays, but by the end of the week, the area will be flooded with the Blue and White.

"I'm expecting a whole lot of it," says Belinda Rivera, the manager of Benny's Steak and Seafood restaurant. "It's beautiful weather, it's cold up north, I'm sure people are going to want to come down and celebrate, support their team and we are  happy to have them."

As for the Lions, they held their first practice in Fernandina Beach. The players and coaches say they are thrilled to be in Florida for the game.

"To be in Jacksonville on January 2 playing against an SEC team is a great opportunity for us and I think it's against a really quality opponent," says Bob Shoop, Penn State's defensive coordinator and safeties coach. " I think everybody has practiced really hard and is looking forward to it."

After practice, the team had dinner on Amelia Island, where Hershey's Andrew Nelson and Adam Breneman of Cedar Cliff enjoyed a buffet that appeared to be unrivaled.

The team has another busy day ahead Wednesday. In addition to practice, players from both Penn State and Georgia get a personal tour of the Mayport Naval Base.