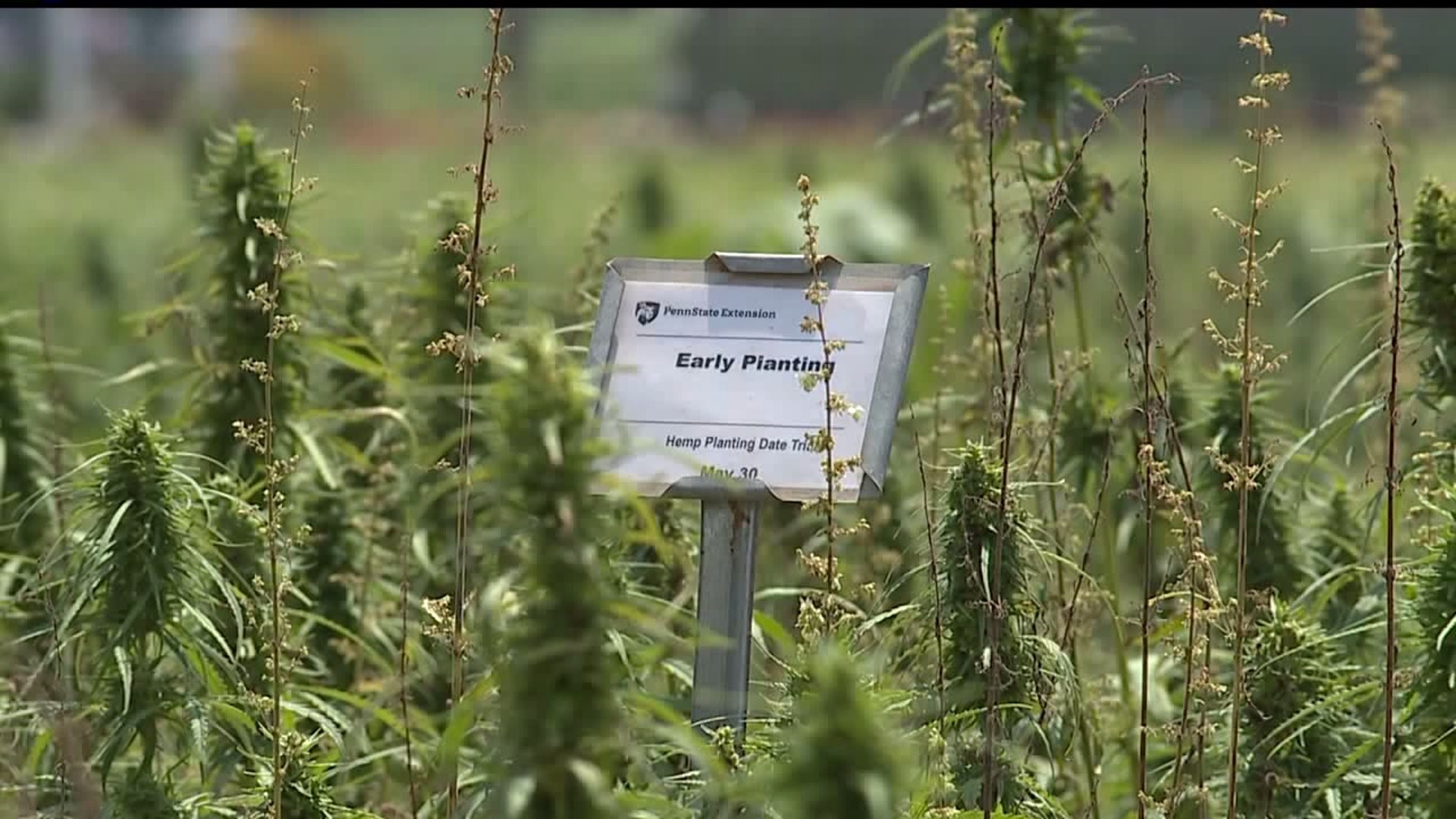 Today, growing hemp is legal to anyone that applies for a permit, something people who use the crop for their businesses say is a big step in step in the right direction.

“It’s amazing that it’s all coming together," Shawn House, owner of Hempzels Pretzels.

Shawn House, who owns Hempzels Pretzels in Lancaster county, says he is hoping that the legalization of the crop will help to solve one of the biggest issues he’s seeing right now — distribution.

“It’s nice to know who is growing your product and it’s nice to be able to work with the Amish and the English who would be growing hemp," added House.

"It would help to shorten our supply chain in the sense of from the field to the production facility versus coming 420 miles North from Canada," he added.

The pretzels House makes are made of hemp flour, something he says makes his company stand out for its health benefits.

“It increases the protein, it increases essential fatty acids, omega 3’s, vitamins and minerals. It gives it a darker grain so if we do a beer festival, this would be considered your microbrew pretzel, not your Budweiser pretzel," said House.

Just a few months ago researchers with Penn State's Southeast Agricultural Research and Extension Center in Rapho Township, started to grow hemp to examine its benefits.

"As we research this we’re finding new uses for it we’re finding preferable characteristics in the fiber and the seeds," Jeff Graybill, Agronomy Educator, Penn State Southeast Agricultural Research and Extension Center.

“There may be some entirely new uses that we don’t know about and there, the market is wide open," Graybill added.

One of those uses could be the benefits of CBD oil.

"That is a non-hallucinogenic property, which the THC in marijuana has, but it supposedly has a lot the same or similar and even additional health benefits," said Graybill.

Researchers are still in the process of determining those  benefits.

They tell FOX43 they are hoping to analyze all of the data and research they've gathered since may at the end of August.