LEWISBERRY, YORK COUNTY, Pa.– School is back in session but getting kids to school may become the challenge. This is due to a shortage of bus drivers nati... 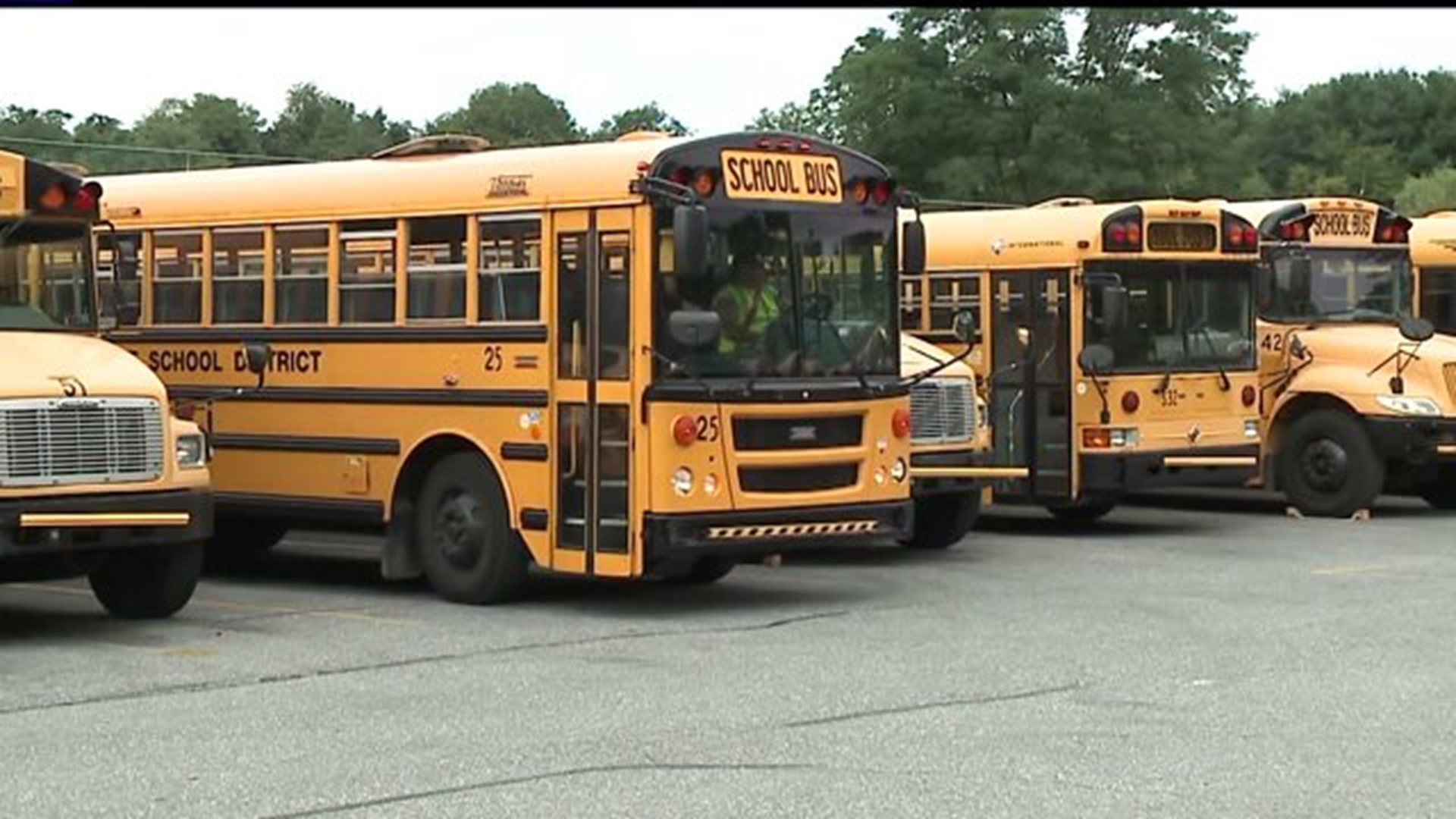 LEWISBERRY, YORK COUNTY, Pa.-- School is back in session but getting kids to school may become the challenge. This is due to a shortage of bus drivers nationwide.

"If you're short drivers, the kids still need to get to school," First Student on site manager Kim Paternoster said. "The buses are getting fuller and fuller."

According to Mike Berk with the Pennsylvania School Bus Association, the process to become a driver is time consuming.

"It could take three to four months to get someone through preparations through the screenings," he said.

Built into that time is the driving instructions and practice.

"To find someone who is willing to commit that time when they want a job now is difficult," Berk said.

There are other issues as well. Federal standards lump school bus drivers in with other CDL licensed vehicles according to Berk. He said bus drivers requirements for a truck are not needed for bus drivers.

"What we're trying to do is investigate how we can dial that back a little bit," he said. "It won't compromise safety in any way shape or form. It just brings it back to what we feel drivers need to know."

"I think the deal is, they are no longer waiting for people to come answer their adds," he said. "They're trying to go out and find these people."

Right now companies are not panicked, but they are tight on resources.

"It always gets done, but at the end of the day, I would love to have 10 just lined up," Paternoster said. "So I can call and say, 'hi I have a field trip coming up or someone called in sick today.'"

She said she's been in the bus business for more than 30 years and has seen shortages before, and she said they should be fine in the long-term picture.