LITTLESTOWN, ADAMS COUNTY, Pa. — Police in Adams County are asking for the publics help after a Littlestown couple is attacked with a meat cleaver and pol... 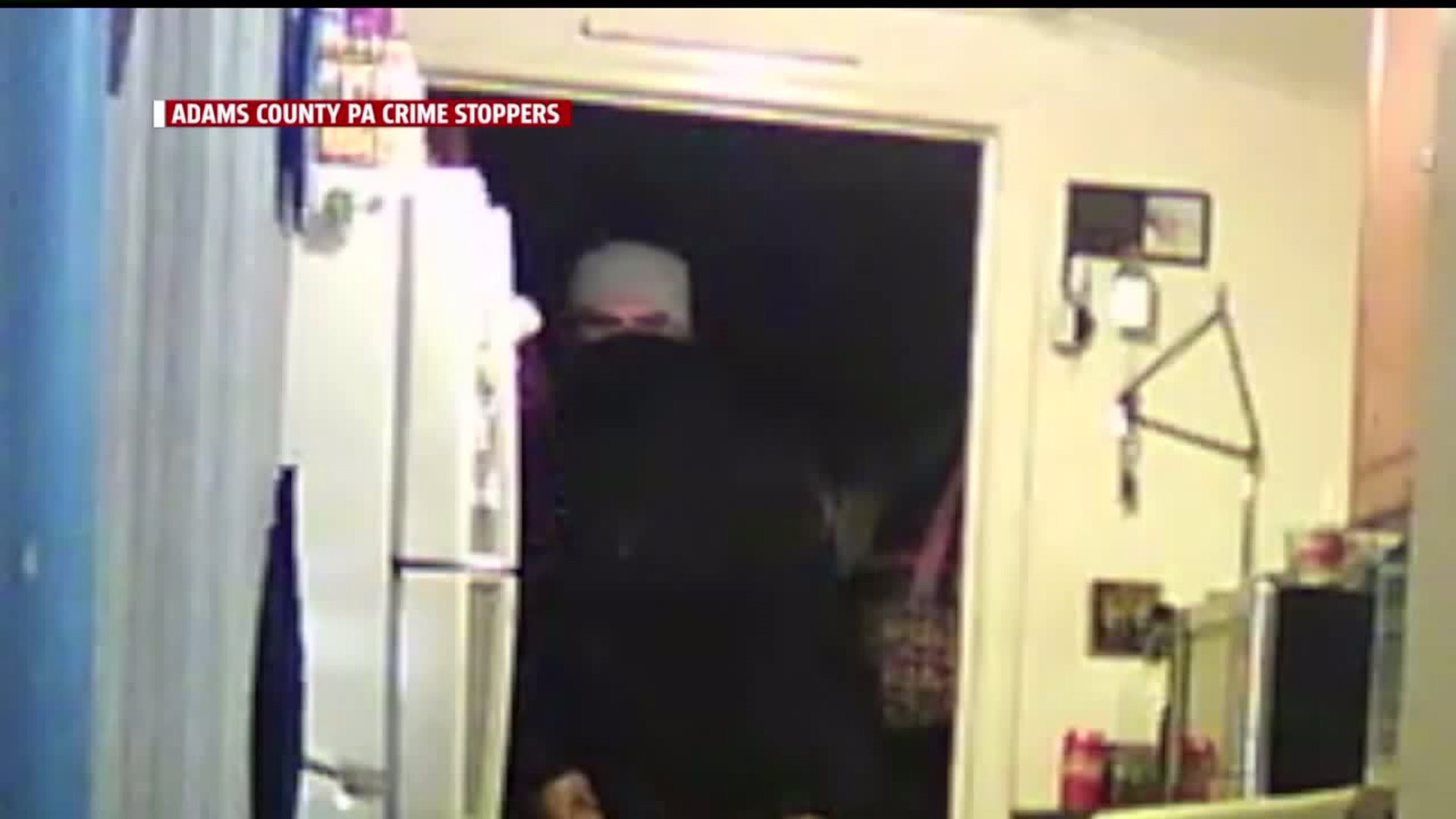 LITTLESTOWN, ADAMS COUNTY, Pa. -- Police in Adams County are asking for the publics help after a Littlestown couple is attacked with a meat cleaver and pole in the middle of the night.

Aric and Joey Maczis of Littlestown say a masked man and woman with a wooden pole meat cleaver walked into their home in the middle of the night.

"He asked for money or something and then I saw he had the meat cleaver so I jumped up to defend my family," said Aric Maczis, victim.

"He started to hit me with the cleaver," said Maczis.

Disoriented from the blow to his head Maczis looked up and realized the attack wasn’t over.

“He threw the pipe at her and told her to kill my wife," he added.

Joey Maczis says their friend ran upstairs to hide from the attackers, while she ran out the front door screaming hoping someone would hear her.

“I just immediately jumped over the table to run for help because it felt like we were going to die," said Joey Maczis.  “I didn’t think my husband was going to make it out," she added.

"As soon as I came out I was on my phone calling 911 telling them they needed to get someone here because there’s a lady outside saying somebody is trying to kill her," said Jonathan Duvall, neighbor.

Meanwhile, inside, Maczis says the intruders were destroying everything in sight.

Surveillance video from across the street, captured the below image of the pair taking off in a silver vehicle.

“I don’t know if they were just trying to rob us, I’ve never seen these people before," said Maczis.

The Maczis say they won’t rest easy until two are caught.

“I don’t want to sleep because I don’t know who these people are. I am worried about my family, myself, I’d like to see them caught and prosecuted," added Maczis.

Police say they believe this was a targeted incident.

They say they are working on some leads and are still in the process of going over additional surveillance footage.

Anyone with information is asked to contact Littlestown Borough Police Department at 717-359-4511, or the Adams County Crimestoppers hotline at 717-334-8057, who are offering a reward. Tips can also be submitted ataccrimestoppers.com.