“If cancer wants you, it’s going to get you. And there’s nothing that you can do to stop it,” said Casey Carr. He was a statistic- the one in 833 men diagnosed ... 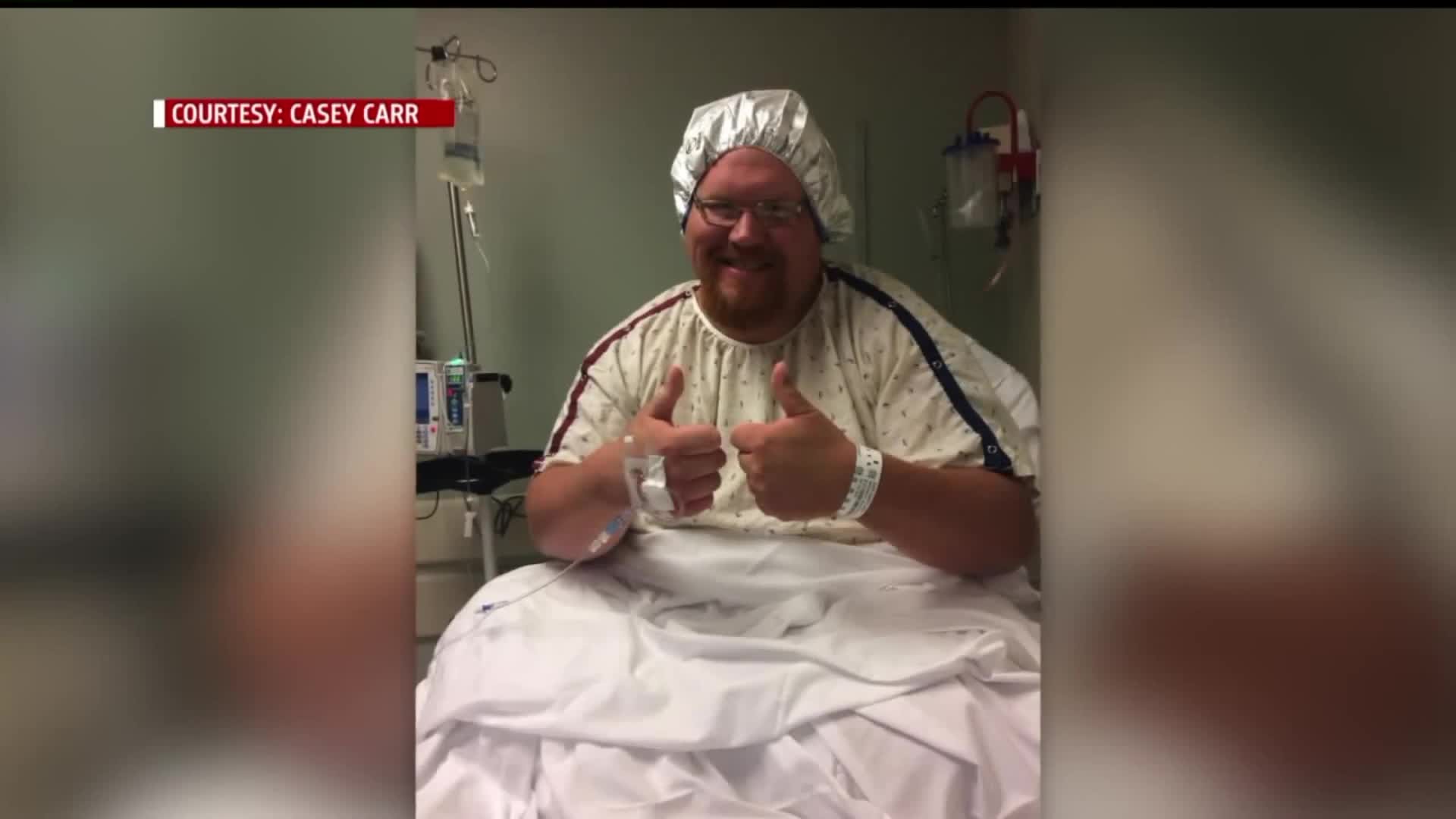 “If cancer wants you, it’s going to get you. And there’s nothing that you can do to stop it,” said Casey Carr.

He was a statistic- the one in 833 men diagnosed with stage three breast cancer last year.

The situation only made worse when he says he got a call from York County Assistance, which falls under the Pennsylvania Department of Human Services.

They told him he was not eligible for coverage under the Breast and Cervical Cancer Prevention and Treatment Program because he’s a man.

“It was very upsetting, very surprising to find out that in this day in age, that something as severe as cancer, that the law still discriminates whether it would cover a man or a woman was preposterous to me,” said Carr.

So he decided to fight.

And now months later, he’s still battling the odds in his diagnosis, but he’s already beat them in his push for change.

“I will say based on a case that was brought to our attention, it did help shine light on some of the things in our organization that we needed to make sure were in place from a process and procedure perspective,” said Lisa Watson, Deputy Secretary for the Office of Income Maintenance at the Pennsylvania Department of Human Services.

Watson says a change was made to the treatment program at a federal level in 2018 that would include men for eligibility.

However, the language was not updated in Pennsylvania until this past February- the same time that Casey got a long-awaited phone call from the York County Assistance Office.

“I kind of froze up for a minute and she said, ‘Hello?’ And I said, ‘So the law is changed?’ And she said, ‘Yeah, we were notified this morning,'” said Carr.

Now, the forms refer to “eligible individuals”, rather than just “women.”

Applicants still need to meet a list of requirements, but gender is not one of them.

“In years past, it was something where men didn’t necessarily get diagnosed for that, they didn’t even check for that. It makes more sense that we make sure that our coverage is inclusive and includes everyone that could possibly get such a disease,” said Watson.

Watson says the Department of Human Services is excited about the change, and it's a feeling certainly felt in the Carr household, too.

“It means a lot that something got changed for him and now there’s dads out there in Pennsylvania that when they get breast cancer, they don’t have to be worried about how everything will go,” said Kiernan Carr, Casey's 10 year-old daughter.

Casey's kids say when it comes to being a role model, there’s no one better than their dad.

“He’s kind of like my superhero. I really look up to him for taking such a small thing that people never noticed and making it such a big thing,” said Kiernan.

And heroes always stand up for those up against the odds.