Police Officer Mearkle not guilty on all charges

HARRISBURG, Pa — Lisa Mearkle has been found not guilty on all charges. Mearkle, a Hummelstown police officer, was facing charges, including criminal homi... 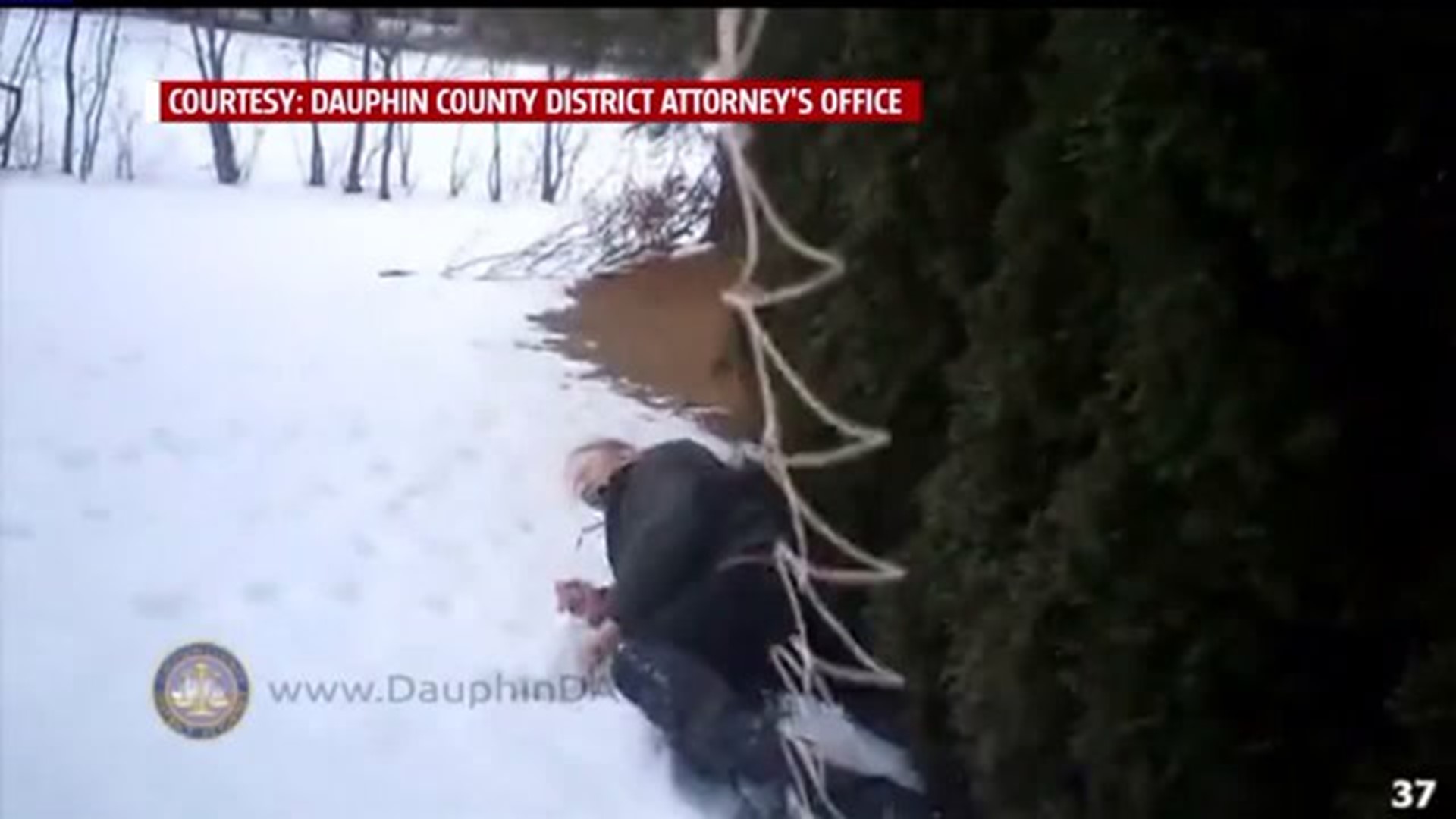 HARRISBURG, Pa -- Lisa Mearkle has been found not guilty on all charges.

Mearkle, a Hummelstown police officer, was facing charges, including criminal homicide, for the death of David Kassick, who was unarmed at the time Mearkle shot him. The incident happened in February, after Kassick failed to stop during a routine traffic stop.

The veteran Hummelstown police officer has been on suspension since charges were filed by the District Attorney's Office.

“Today’s verdict confirms what we knew all along: Officer Mearkle is a good police officer who acted in accordance with her duties and the law," said Fraternal Order of Police, State Lodge President Les Neri. "Officer Mearkle should be restored to active duty as soon as possible so she can continue to faithfully serve the Hummelstown community.

“We are grateful to the 12 citizens who reviewed the evidence and recognized Officer Mearkle’s actions for what they were and delivered a fair and just verdict. By the same token, we’re disappointed that the Dauphin County District Attorney’s office did not come to that same conclusion eight months ago.

“We find Chief Deputy District Attorney Johnny Baer’s characterization of Officer Mearkle’s motives for the use of deadly force as punishment for fleeing police both disgusting and reprehensible. The demonizing of police officers who are forced to make split-second decisions unfairly tarnishes the work done by good police officers. It ignores the unreasonable actions or crimes committed by those who created these situations in the first place.”

A Dauphin County jury acquitted Hummelstown police officer Lisa Mearkle of all charges today in the shooting death of David Kassick, a resident of South Hanover Township. The following can be attributed to Andy Hoover, organizer, Hummelstown for Accountability:

"This jury was given an extremely difficult task, and we have to assume that they did their job to their best of their abilities.

"Hummelstown for Accountability will continue to push for the best police department possible in our town. We want police officers who are a positive part of the community, and we will push back when officers abuse the rights of citizens.

"May the family of David Kassick, Lisa Mearkle and her family, and our neighbors and friends in Hummelstown find healing as we move beyond this tragic chapter in our town's history."

On Wednesday, three witnesses took the stand, including Mearkle.

Mearkle testified about attempting to pull Kassick over for an expired inspection. She said he took off and sped around a car at a red light, and into an oncoming lane of traffic to get under a one-lane underpass. Mearkle said she couldn't find the car once she got through the underpass but spotted it again on Grandview Road. She said Kassick pulled into a driveway of a home. (later determined as his sister's house, where he lived.) Mearkle said Kassick took off running through a yard. She chased after him, and called to dispatch for backup. Mearkle testified that Kassick tripped, and she screamed at least twice, "Stop or I'm going to tase you!" She said he got back up, so she aimed at his back, and he went down. She pulled the trigger several times on the taser, but said Kassick kept moving, reaching for his pockets, and even tried to remove the taser prongs, despite several commands for him to show his hands.

Mearkle said she purposely moved the taser to her left hand to make sure the entire incident was caught on camera for the public to see. "The way police and community relations are I knew people wouldn't believe me. I wanted people to see he was moving his hands," she said sobbing on the stand.

"I believed he had a gun in his pocket. Why else did he keep reaching in there?" she continued. After more commands, Mearkle said she realized the taser was not working. She did not go for a second cartridge because she believed the situation had escalated to a higher threat level, and he was threatening her by reaching into his pocket.

The defense then showed the video again from officer Mearkle's taser. It showed Mearkle shoot Kassick in the back. After more commands Kassick was still not showing his hands so she shot him again. On the video you can see Kassick eventually stop moving. "I wish he didn't try to get away. I wish he didn't do this. I wish he was still here. I wish I didn't kill him," said Mearkle as she again broke down crying.

"I'm sorry! I'm sorry!" she shouted over and over again as she looked at the jurors and judge. Mearkle plead to everyone in the courtroom that she believed he had a gun and was a danger to her. "I was justified," she said.

Mearkle broke down again and got angry at times during the Prosecution cross-examination. Deputy District Attorney Johnny Baer questioned Mearkle as to whether at any point, during the car pursuit, or in the yard, Kassick had ever verbally threatened her, or advanced or even rolled in her direction. Mearkle replied,"No." Baer also asked if she had rehearsed her testimony.

FOX43's Melissa Nardo will have a full report on FOX43 News at 4pm and 5pm.