CAMP HILL, PA – Many of the kids recognized by a children’s charity Friday had never ridden a bike, until they received their brand new custom bike at Highmark ... 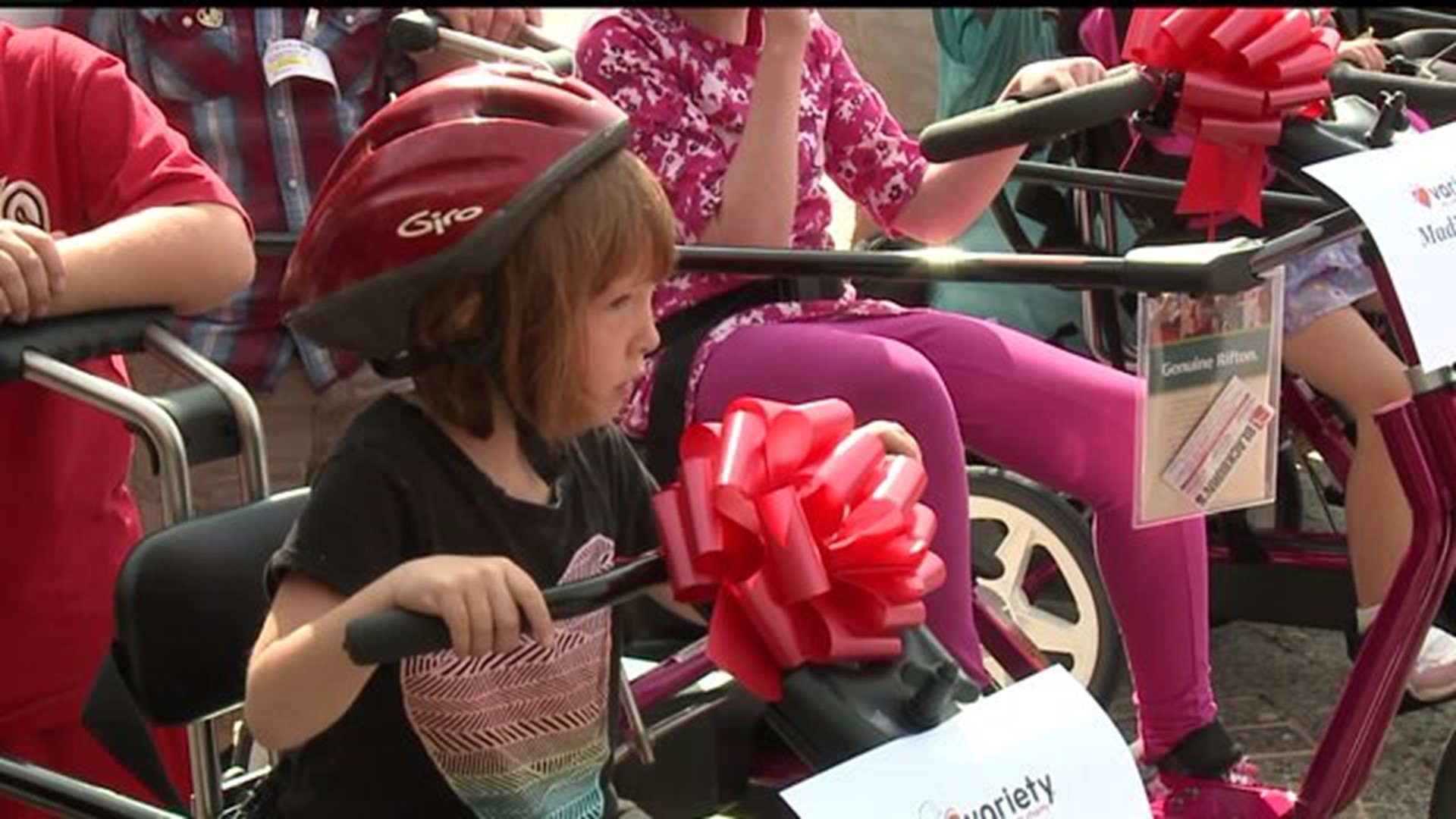 CAMP HILL, PA – Many of the kids recognized by a children’s charity Friday had never ridden a bike, until they received their brand new custom bike at Highmark in Camp Hill.
Variety gives kids with special needs adaptive bikes they can ride on their own. This was the charity’s first trip to central PA.
11 kids were given bikes, including Levi Pottiger, 5. Levi has a seizure disorder and autism, and his family has tried to rig up a bike he could ride before.
“Duct taping sandals to the pedals, and doing Styrofoam and a seatbelt type thing around to give him some extra trunk support,” says his mom, Kelly Pottiger of  Carlisle. “So this was perfect, because it took all that stress away. It’s safe for him, so it’s nice as a mom just to see that and have a sense of normalcy for him.”
Families gave the kids’ needs and measurements in August, so it took only a few weeks to build the bikes. Once they hopped on, kids rode in a parade around the building.
“That’s always the thing with having a child with special needs, is you don't focus so much on the milestones anymore but when they can accomplish something, it’s overwhelming,” says Felicia Mahan of New Bloomfield, Perry County, mom of Madison, 11.
The bikes cost $1800, and people sponsor each bike with a donation through the charity. If you would like to help to give a child a bike directly, or if you know a child who would benefit, visit the charity’s website: http://www.varietypittsburgh.org/
“People say well they have special needs I say, they have a special ability though to bring joy to the rest of us,”  says Variety CEO Charlie LaVallee. “They have a special ability to bring joy.”