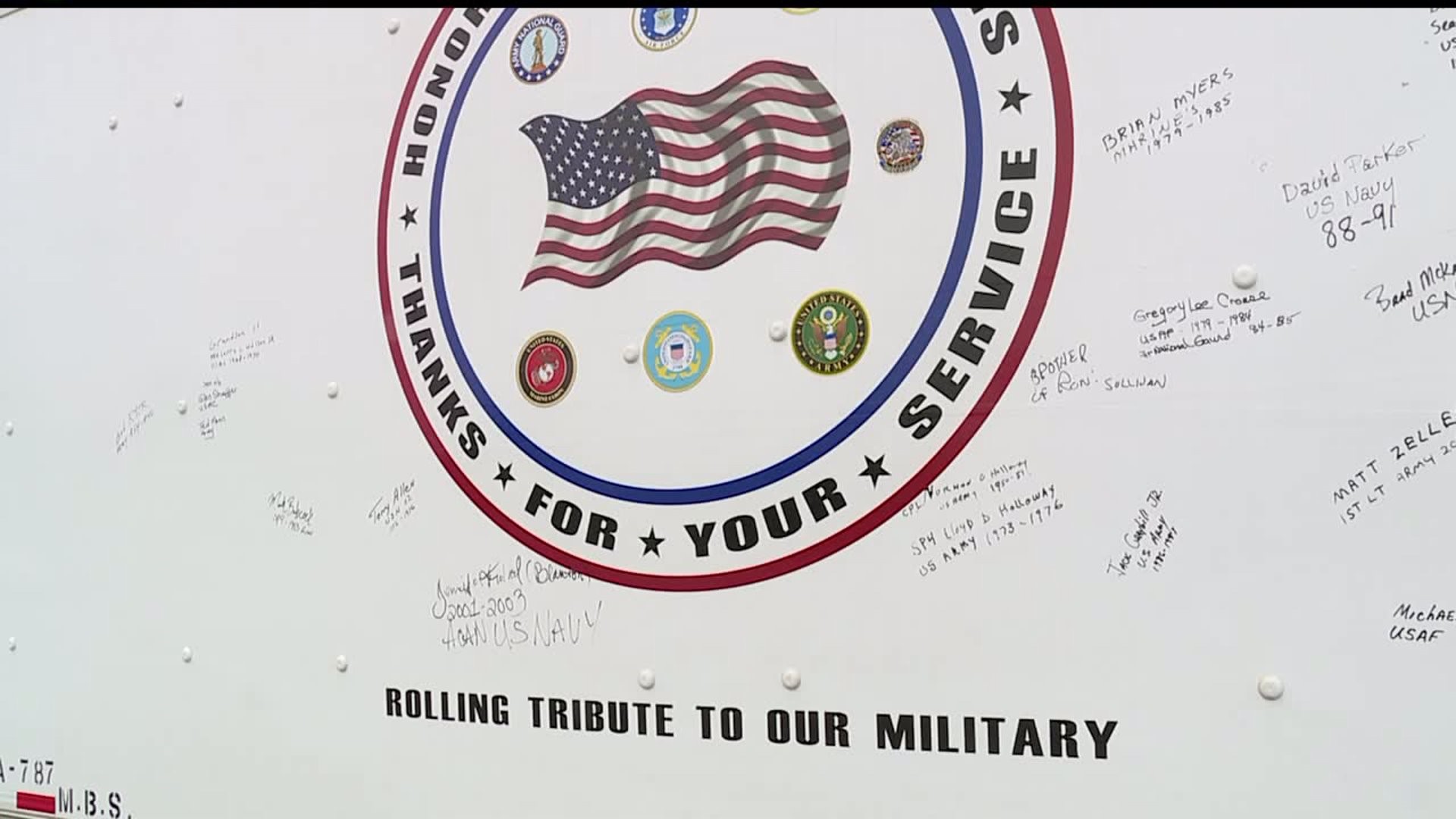 What it carries, however, is more than just work supplies.

There are names written all around it for a "Rolling Tribute."

The signatures represent veterans who served in all branches of the military, across all eras, whether they were "cooks or on the front lines."

The back of the truck is specifically reserved for Vietnam War veterans.

Owner Marty Schnetzka said he started getting names on the truck last fall.

"When I first started out and mentioned it, they said "Why do want graffiti all over your truck for?" I said this ain't graffiti to me," said Schnetzka.

As a grandson, brother and father to military members, Schnetzka said he wanted to find a way to give veterans recognition.

He said anyone, whether it's a family members of veterans or veterans, themselves, can add a name to the truck.

"If it wouldn't be for them, we might not have the opportunity today to be self-employed and go out and do the work we do," said Schnetzka.

He enlisted the help of a partner, Larry Wilson, to help get the tribute rolling.

"One day, they came in with a smile on their face and they said we have a unique idea," said Wilson.

After saying he was "all in," Wilson has helped with the emblems and design of the truck.

He's helped cover it in wrap vinyl, which prevents the signatures that are written with an oil-based marker from fading.

As someone who also has family ties to military service, Wilson said he volunteers his time to try and preserve and honor them.

"This is a great tribute to everyone who has...Everybody that is...Those that are still with us and those that aren't," said Wilson.

Schnetzka said the truck will be at the Hanover Markets on April 20 from 3-7 p.m.

It will also be at the Vietnam Memorial at the York Fairgrounds at 9 a.m. for Memorial Day.