HANOVER, Pa. — Tonya Forbes nearly lost her life while bringing a new life into the world– her daughter Madison. Tonya Forbes credits her faith and ... 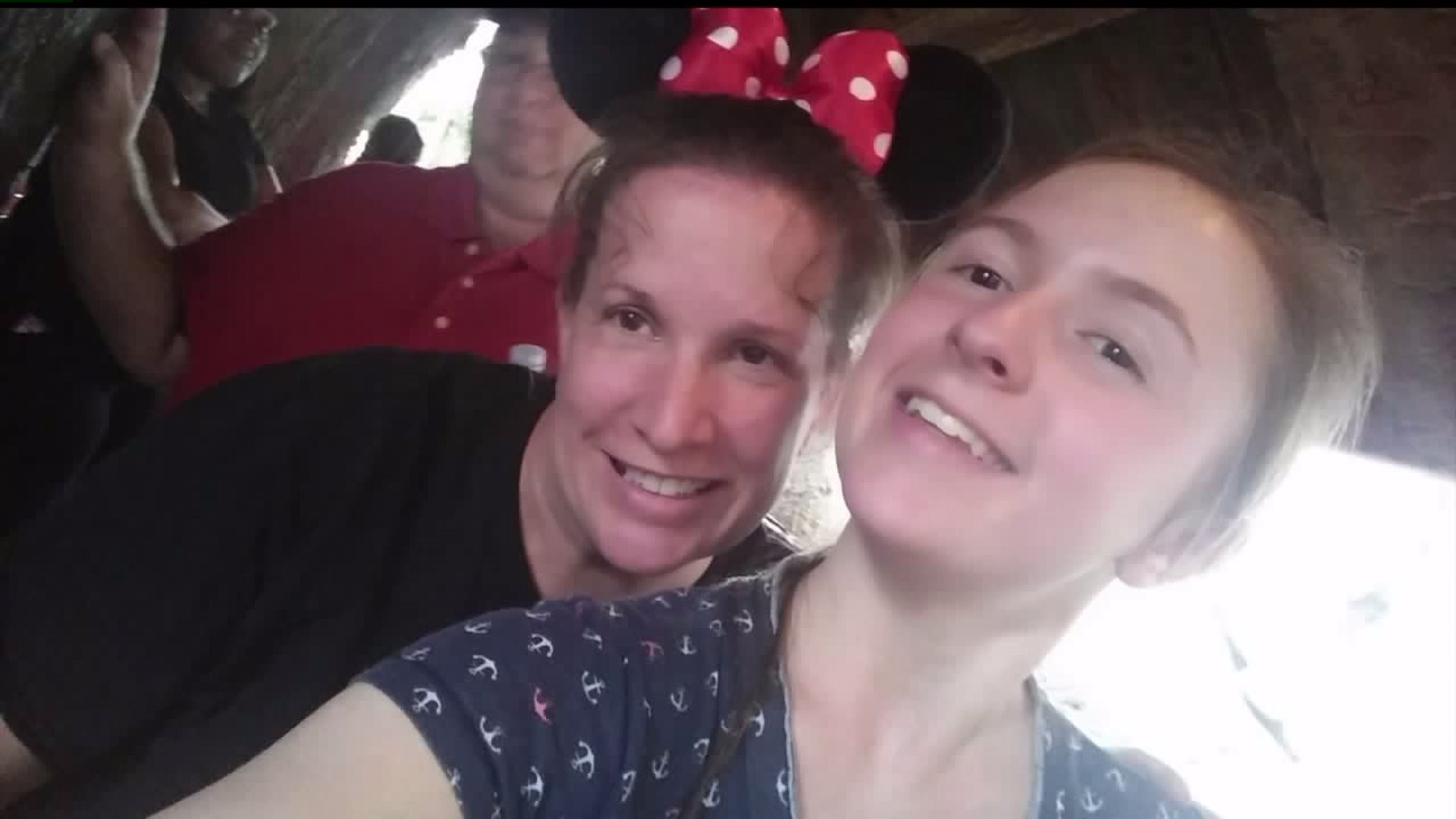 HANOVER, Pa. -- Tonya Forbes nearly lost her life while bringing a new life into the world-- her daughter Madison.

Tonya ended up in an almost tragic situation when it was time to give birth to her second child-- a baby girl, "I was told that I had a better chance of being struck by lightening than to have this happen to me."

Tonya said her pregnancy was normal, and she didn't have any issues at all. That was not the case though when she went into labor at Hanover Hospital in York County. When the time came, and doctors told her to push... Lightning struck.

Tonya says, "At that point, I passed out-- I lost all consciousness." She started bleeding uncontrollably-- and says the doctors struggled to keep her alive.

"Nobody expected me to make it."
"I was bleeding out quicker than they were able to get blood in me... The doctor was stitching up everywhere that he thought I could be bleeding from."

Tonya's organs began failing her. Hope for both mom and baby to come out of this alive was dwindling, "Nobody expected me to make it."

In Tonya's state of unconsciousness-- Baby Madison, or "Maddie"-- entered this world with the help of skilled doctors and a pair of forceps.  Doctors worked on Maddie for hours just to stabilize her-- Meanwhile, mom was being prepped to be air lifted to Hershey Medical Center.

"They just wanted a picture for my husband to have of me holding-- Me holding my daughter."

Tonya's husband was able to bring his daughter home-- His wife, still battling for her own life.

Doctors found damage to Tonya's heart, and a blood clot on her heart-- issues that should have taken months to fix. The fix though came in just days-- A fix Tonya attributes to her faith, "I know it was the prayers of my church family at Apostolic Ministries..."

...And generous blood donors, "Everybody that donated blood that I was able to be here 18 years later."

Tonya may not have survived without the generosity of blood donors. Those donors may not have been responsible for her now 18 year-old-daughter's survival-- but Maddie says her life would have been substantially different had it not been for the donations.

"It's not gonna take a lot from you but it will give a lot to someone else."

"My mom has come to everything from my sports games to academic events to everything... so, without her, I really wouldn't be where I am today."

Now grown and attending Penn State York, Maddie's gratitude has grown as well, "I'm very grateful to all of the people that did donate..."

Maddie says, "It's important because it's like-- it's not taxing on you, like it's not gonna take a lot from you but it will give a lot to someone else."

Tonya encourages everyone to donate, "You just never know who's life you're gonna impact by donating blood."

Her daughter agrees,  "You're able to help other people-- and why wouldn't you?"

Because of medical reasons, Tonya cannot donate blood yet. She says once doctors give her the all clear, she will be the first in line to give back by donating.

Her daughter Maddie has donated blood-- and you can too! One donation helps to save up to 3 lives-- lives like Tonya Forbes'.

Go to http://fox43.com for information on how to donate on August 23rd from 10am-5pm at Penn State York.