State Senate Democrats are trying to lower costs for college students in Pennsylvania. Lawmakers unveiled a series of bills on Wednesday called the “College Access Plan.” 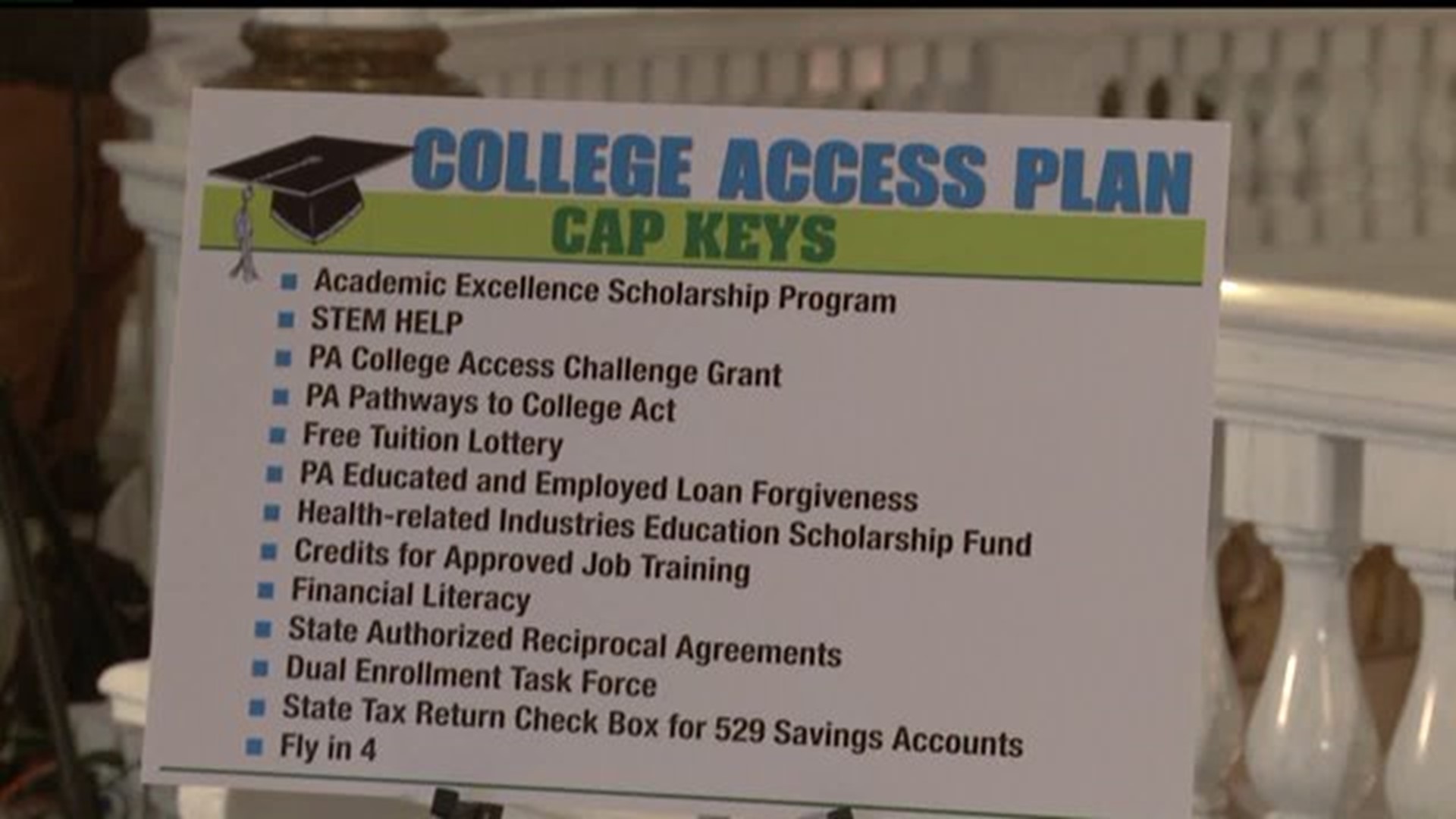 Senator Williams outlined the idea behind the bills which are designed to encourage more students in Pennsylvania to attend college.

"This package of bill which we have today does specifically three things: It is increasing college access, it is decreasing student debt, and it is jump starting Pennsylvania`s economy," Williams said.

Andrew Kissinger, a senior at Shippensburg University, shared his story about the high price of a college education. He said he is expecting to pay $500 a month for 10 years once he graduates in May.

“The very degree which I hoped would make me economic viable, has effectively rendered me economically and financially crippled,” Kissinger said.

The proposals have not yet been assigned bill numbers but include: