HARRISBURG, Pa. — The American Lung Association is making a push to raise the minimum age to buy cigarettes, because it believes many adult smokers become... 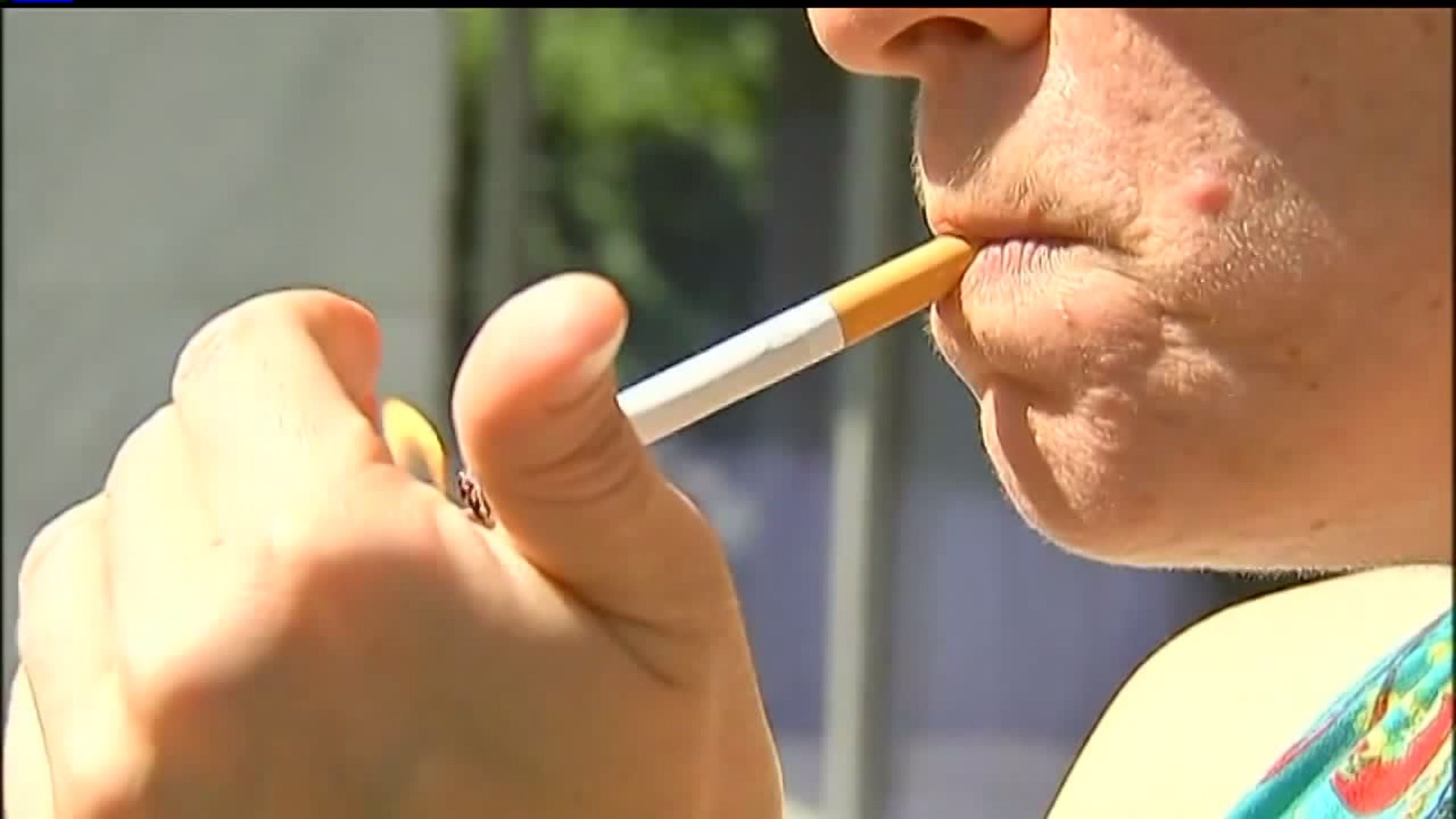 HARRISBURG, Pa. -- The American Lung Association is making a push to raise the minimum age to buy cigarettes, because it believes many adult smokers become addicted before they turn 21.

The organization hopes it can save more lives from lung cancer if fewer people get hooked on smoking.

A group of teenagers rallied around a different form of peer pressure when it comes to their friends and smoking.

Student Tobacco Resistance Unit member Jada Rasulallah said "I made it my business, my effort, to spread the word about tobacco. That tobacco is not cool. That they are targeting us, and they only see us as dollar signs."

The American Lung Association brought the teens together at the Capitol to make a push for a law to raise the age to buy cigarettes in Pennsylvania from 18 to 21.

Sen. Mario Scavello (R-Monroe County) said "I'm going to introduce the legislation, we're going to put co-sponsorship memo out next week. We let people know, that this is happening, and that just the introduction of the bill will wake some folks up out there."

American Lung Association Mid-Atlantic president & CEO Deb Brown said "eighty percent of smokers start before the age of 21, so we want to prevent them, from starting so that we don't have to help them quit. And, we can also hopefully decrease the chronic diseases that are affiliated with tobacco."

Meanwhile, cigarette smokers cough up millions of tax dollars for the state.

The American Lung Association doesn't have stats on how many people aged 18 to 21 smoke, however, the Pennsylvania Department of Revenue has figures on just how much cigarette sales earn for the state.

After a cigarette tax increase, those tax dollars jumped to a $1 billion dollars for the 2016-2017 fiscal year.

Raising the age to buy cigarettes could cost the state tax revenue for the general fund. Supporters of Tobacco 21 say this is about saving lives not raising money.

"My father, he smokes a lot and he has a really bad smokers cough. My grandmother has a lot of health problems as it related to tobacco," Rasulallah said.

"I've lost a dad to cancer, and a father-in-law to cancer, smoking cigarettes. And it's something that anytime I can help other people, we need to. And, I need to continue to do that," Scavello said.