Bill in Pa. Senate poses question: Should teachers paid time off be mandatory?

HARRISBURG, Pa. — For nearly 70 years, a teacher’s paid time off for sickness, bereavement, or sabbatical has been mandatory and protected by Pennsy... 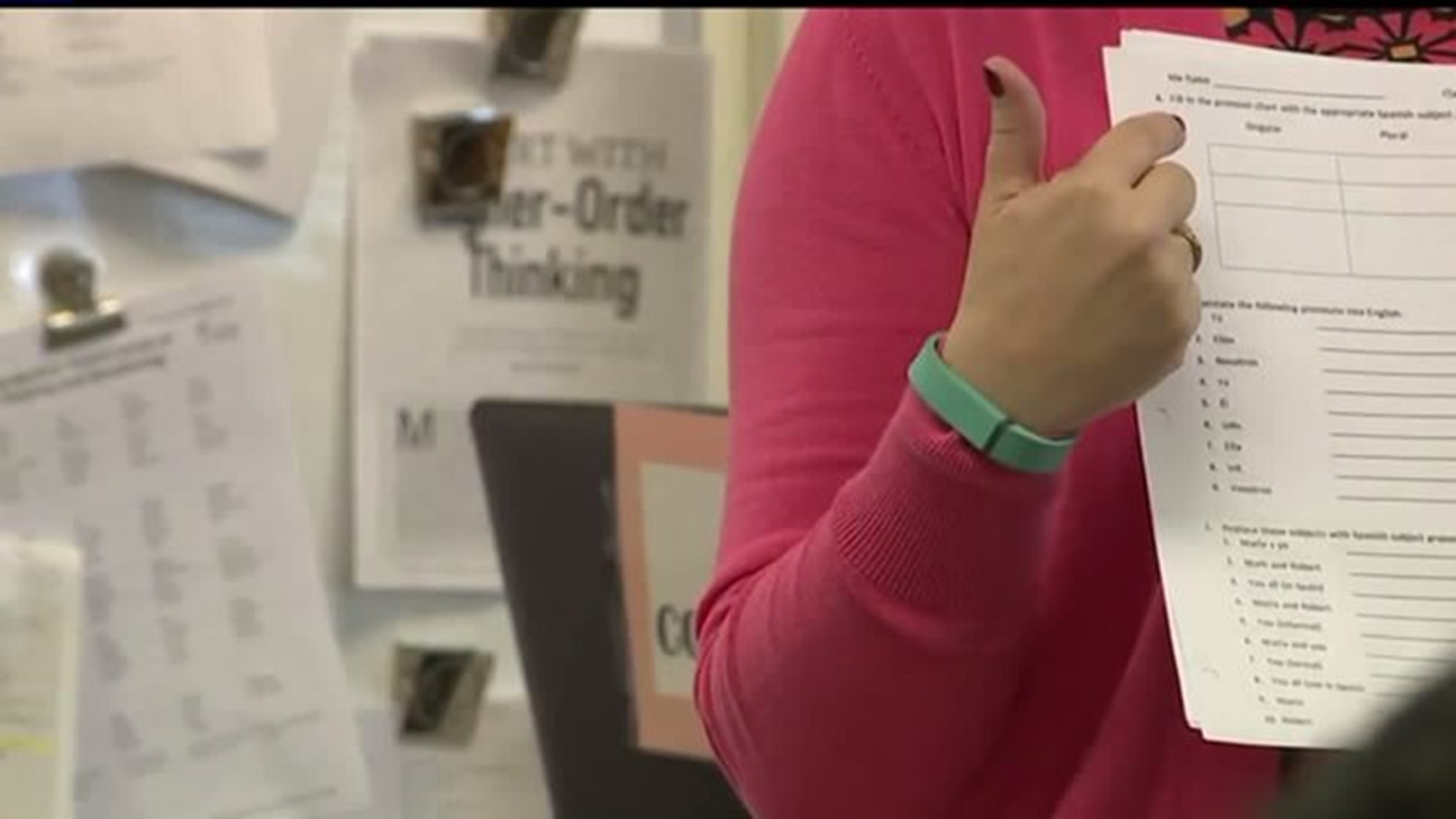 HARRISBURG, Pa. -- For nearly 70 years, a teacher's paid time off for sickness, bereavement, or sabbatical has been mandatory and protected by Pennsylvania law. A new bill, however, would put those rights back on the negotiating table.

Senate Bill 229, sponsored by Sen. John Eichelberger (R-Blair/Cumberland/Franklin) would change the Public School Code of 1949. Eichelberger wants to put more negotiating power back into the hands of school boards.

The bill, which was pitched to Eichelberger by the Pennsylvania School Boards Association, would mean teachers would have to bargain for their paid time off.

"It's a fairness issue, really," says Eichelberger. "We don't have any other employees in the state who have days off protected by statutory law."

Eichelberger says his bill, which was voted through the Senate Education Committee by a vote of 7-5, would update and outdated law.

"This is a way we can manage how we can do things in our (school) district better than it just being a one-size-fits-all across the Commonwealth," Eichelberger said.

Opponents, like the Pennsylvania State Education Association, the union representing teachers statewide, say the bill is an attack on labor.

Jerry Oleksiak, President of the PSEA, says the 68-year-old law is not broken, so it doesn't need fixing.

"We are seeing a lot of legislation right now that are solutions in search of problems. This is not a problem," Oleksiak says of the teacher's paid time off mandate. "To take it out of state code and to put it back on the negotiating table doesn't do anybody any good."

Oleksiak would rather Eichelberger and other Republicans focus their time on what he feels are more pressing matters facing schools, like a teacher shortage and education funding.

He fears that taking away protected time off for sickness will lead to teachers coming to work while ill to save time off.

"We don't need sick people in the classroom," Oleksiak says. "It's already in state code. It doesn't need changed. It doesn't need fixed. It adds one more thing to the (negotiating) table and it doesn't make sense."

Eichelberger disagrees, saying it makes sense for school boards who want to operate their districts on a level playing field with teachers by giving them something to negotiate with teachers. School teachers, he says, "have so many days off during the year anyway."

Eichelberger expects anti-strike legislation to also come up in the state Senate this session, aimed at protecting schools from teacher strikes.

Governor Wolf, through a statement from his spokesperson J.J. Abbott, "has serious concerns and is opposed to this bill."