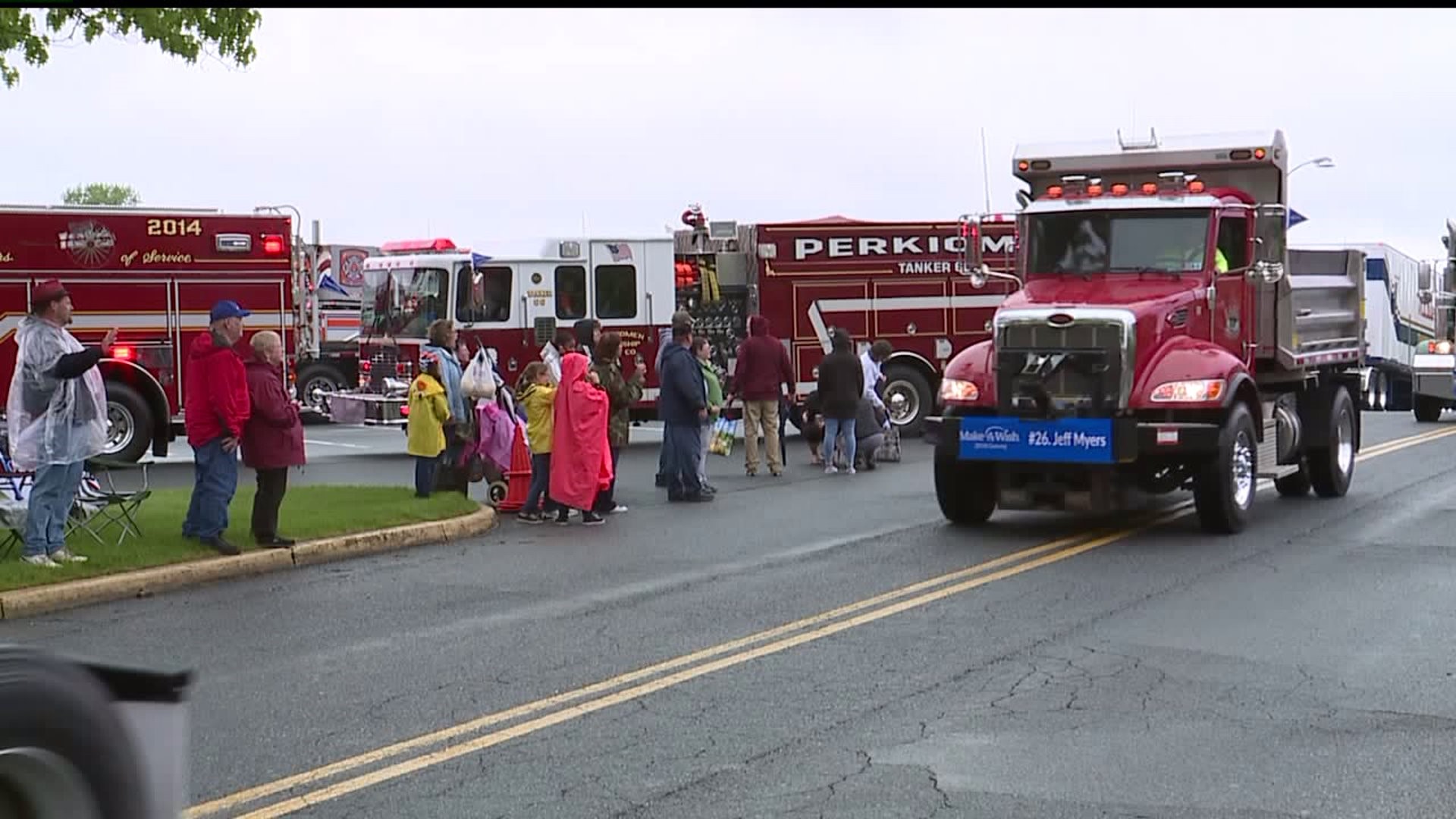 The 29th annual Mother's Day Truck Convoy is the world's largest convoy and a fundraiser to benefit the Make-A-Wish® Philadelphia, Delaware and Susquehanna Valley organization. This annual tradition featured over 500 tractor trailer trucks and more than 10 wish children parading through 26-miles of Lancaster County.

Hundreds of people lined the route to wave to the children, and say it's an annual tradition they never miss. For Regional Director Ben Lee, he says it's one of the best days of his life as he gets to spend it with three inspirational groups of people: mothers, Wish families, and the trucking companies and drivers.

The Make-A-Wish Mother’s Day Truck Convoy began in 1990 when a child, Matt, had his Wish granted to ride in an 18-wheeler and talk to his sister via CB radio.  On the day of Matt’s Wish, over 40 trucks arrived to make his Wish a reality. Thus, the Mother’s Day Truck Convoy was born and continues to grow each year.  In 2003 and 2004, the Convoy set the Guinness World Record for "The World's Longest Truck Convoy" with 391 trucks participating in the convoy. The Convoy had lost the title in late 2004 to a trucking event in the Netherlands before gaining it back in 2016 with over 595 trucks participating in the event.