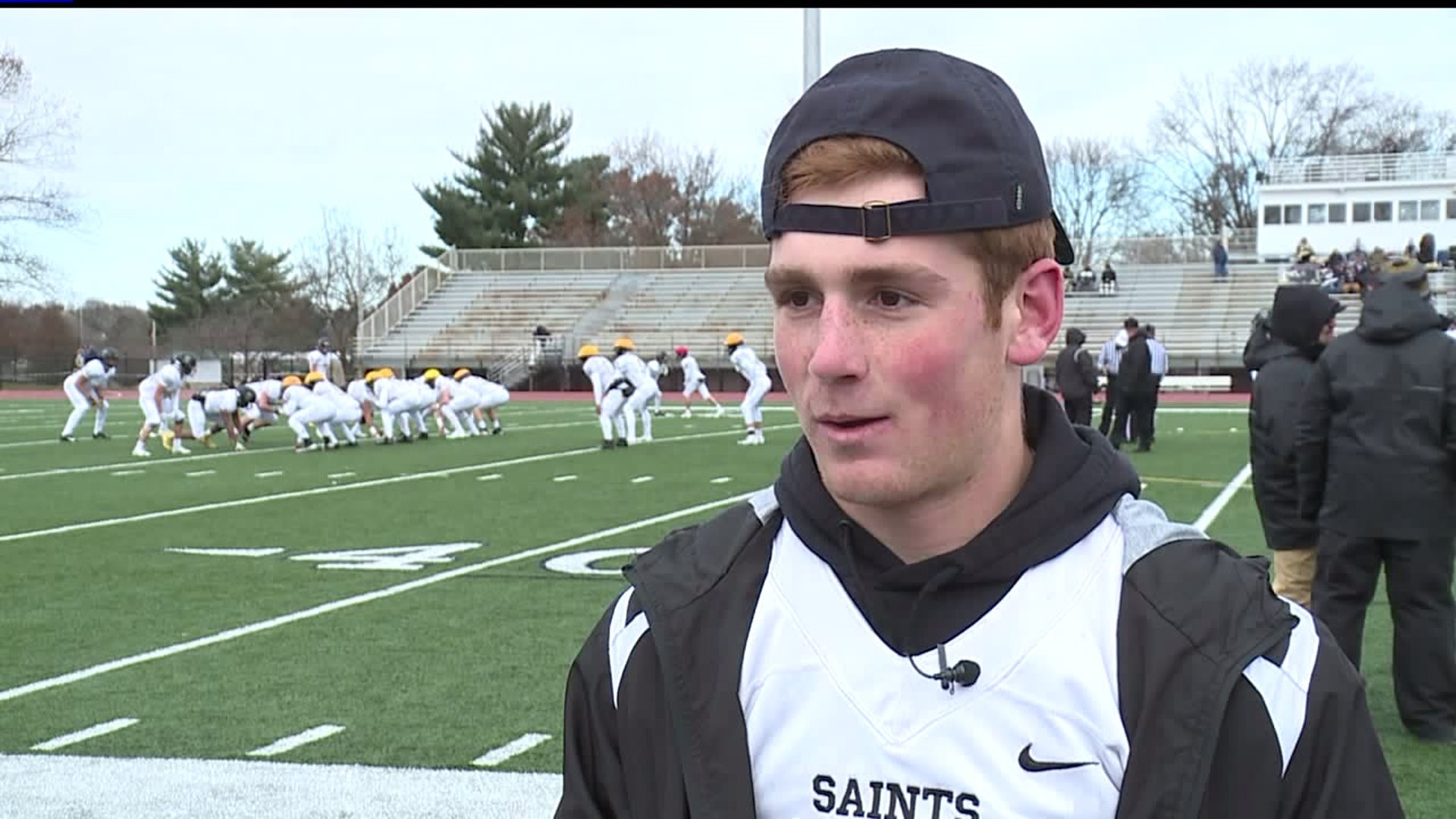 “They’re my family. They’re my brothers. I’ve played with them ever since I was little. So, they’ve been with my through everything," said Anthony Myers, Berks Catholic runningback.

Myers was just a regular kid in high school, playing the game he loves.

“It was going good. I was contributing to the teams success,” Myers said.

That success was scoring multiple touchdowns last week, including an 80-yard punt return, during the Saints 49-21 victory against Milton Hershey.

“You never know the next time you’ll be on the football field. So, I’m happy that I could score one more time,” Myers said.

That was the first time Anthony played in nearly a month.

“I had some weird symptoms about a month before but the doctor didn’t really seem to think much of it,” said Myers.

Anthony woke up one October morning and started to have have seizures.

His mom rushed him to the hospital, where an MRI found a tumor on his brain.

“I was just kind of scared, I guess. The fear aspect, but my parents were there to comfort me,” Myers said.

To steer clear from any type of set back, Anthony took himself out of the game.

But that hasn't kept him away from the gridiron.

“I’m just here to get my guys hyped for the game," said Myers.

Not only getting his team hyped, but running out onto the field to show his appreciation for all the hard work his team puts in.

Athletes and coaches from the NBA, NHL and NFL, including the Philadelphia Eagles wide receiver, Alshon Jeffery.

Reaching out and showing their support.

“Keep fighting strong. I know you’re going to attack this thing and you’re going to handle it with no problem. I love you. I appreciate the support. Fly Eagles Fly,” said Alshon Jeffery, Philadelphia Eagles wide receiver.

A GoFundMe page was created to help Anthony and his family with medical bills.