Some activists are using their bikes to raise awareness about the humanitarian crisis in Gaza. Cycling4Gaza is the name of a group of volunteers that gathered d... 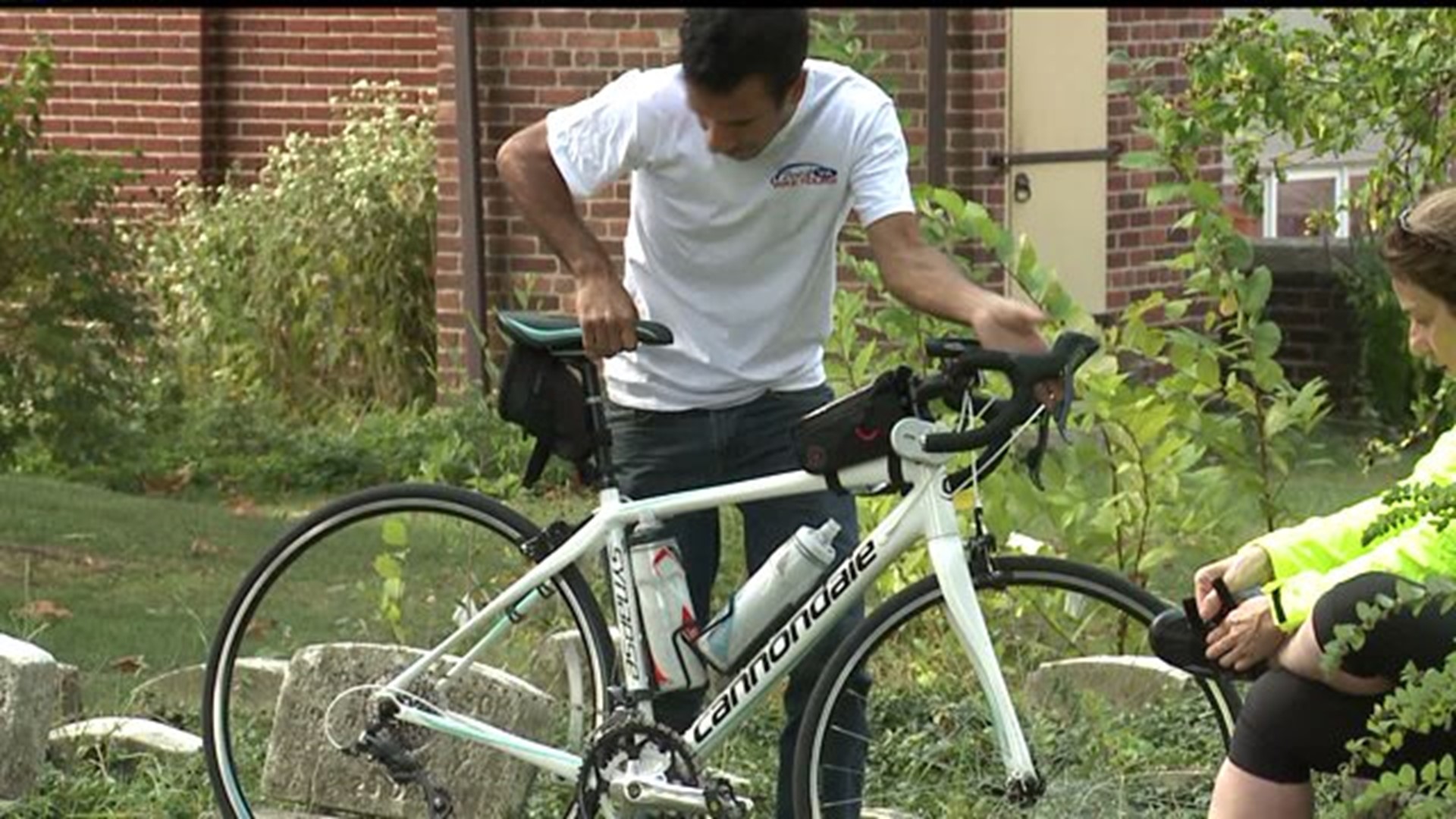 Some activists are using their bikes to raise awareness about the humanitarian crisis in Gaza.

Cycling4Gaza is the name of a group of volunteers that gathered dozens of cyclists from around the world to raise money for children's health care in Gaza.

The cyclists rode through York on Saturday during their bike ride from Philadelphia to Washington, D.C.

The war in Gaza has left more than 2,100 Palestinians dead and organizers say they wanted to use a a physical challenge to raise awareness about those dealing with the war.

Joining this year's bike ride is 16-year-old Ahmed Abunammous. Ahmed comes from a refugee camp in Gaza. He was treated with a prosthetic leg after being shot. Organizers say they are using their voices to represent Palestinians.

This is the group's 6th bike ride-- the group starting in response to the January 2009 assault in Gaza. So far they've gone through places like Paris, Italy, and Turkey and raised $1.1 million towards their cause.

By Saturday night, cyclist reached Maryland. On Sunday, they will make the journey to Washington, D.C.