YORK, Pa. — “Make the grade, keep the fade,” that’s what one barber shop in York is advertising to motivate kids to do well in school. I... 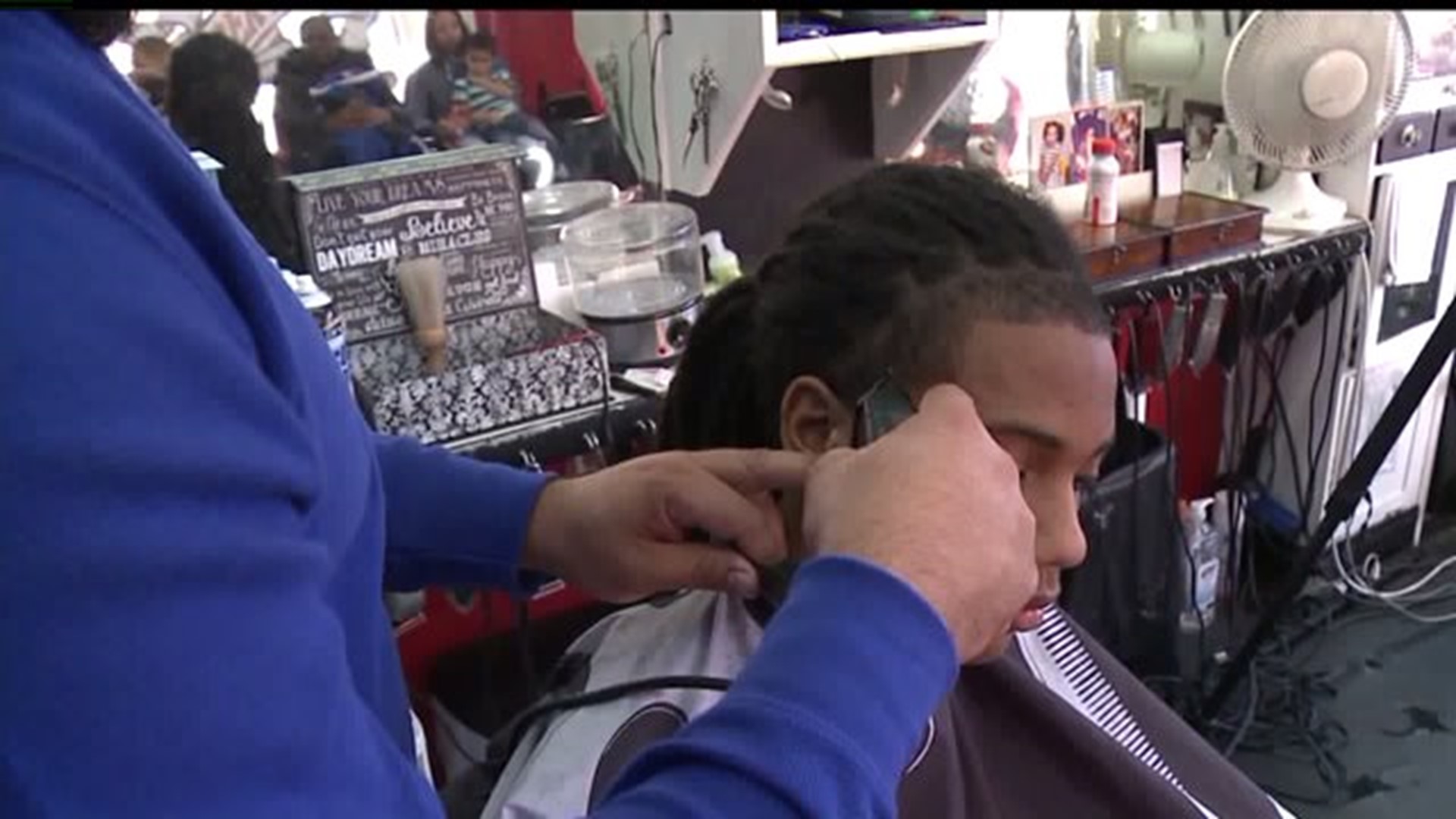 YORK, Pa. -- "Make the grade, keep the fade," that's what one barber shop in York is advertising to motivate kids to do well in school.

Isaac Mantilla has owned Fade Away Barber Shop for four years and wants to reward students for getting good grades.

He said, "When I was growing up I didn't get haircuts frequently. I got them maybe once every three months. And I used to hate it."

So he started giving students who get A's and B's on their report cards free haircuts at his shop. He recently decided to advertise on Fixing York's Facebook page.

"People coming up with ideas to help out, make York a better place. And my way of giving back to the community was through haircuts and making people feel good about themselves," Mantilla said.

Sterling Dozier, 17, is a senior at Northeastern High School. He was one of Mantilla's clients who is benefiting from his good grades this semester.

"I think it's a good idea. It's a good motivation to get better grades," Dozier said.

Mantilla said the kids often benefit from more than just the trim. Parents, not knowing the cut is free with good grades, usually send their children in with money to pay for their hair cut.

"So they keep the money for snacks," Mantilla laughed.

So far this year Mantilla has given out seven free cuts, and he plans to continue the tradition.

"Keep on bringing in the good grades and I'll keep on giving the fades out," he said.