WINDSOR TOWNSHIP, YORK COUNTY, Pa. — When Andrew Kuhn and Katie Faulkner found out they were having twins, naturally, it came as a shock. The couple welco... 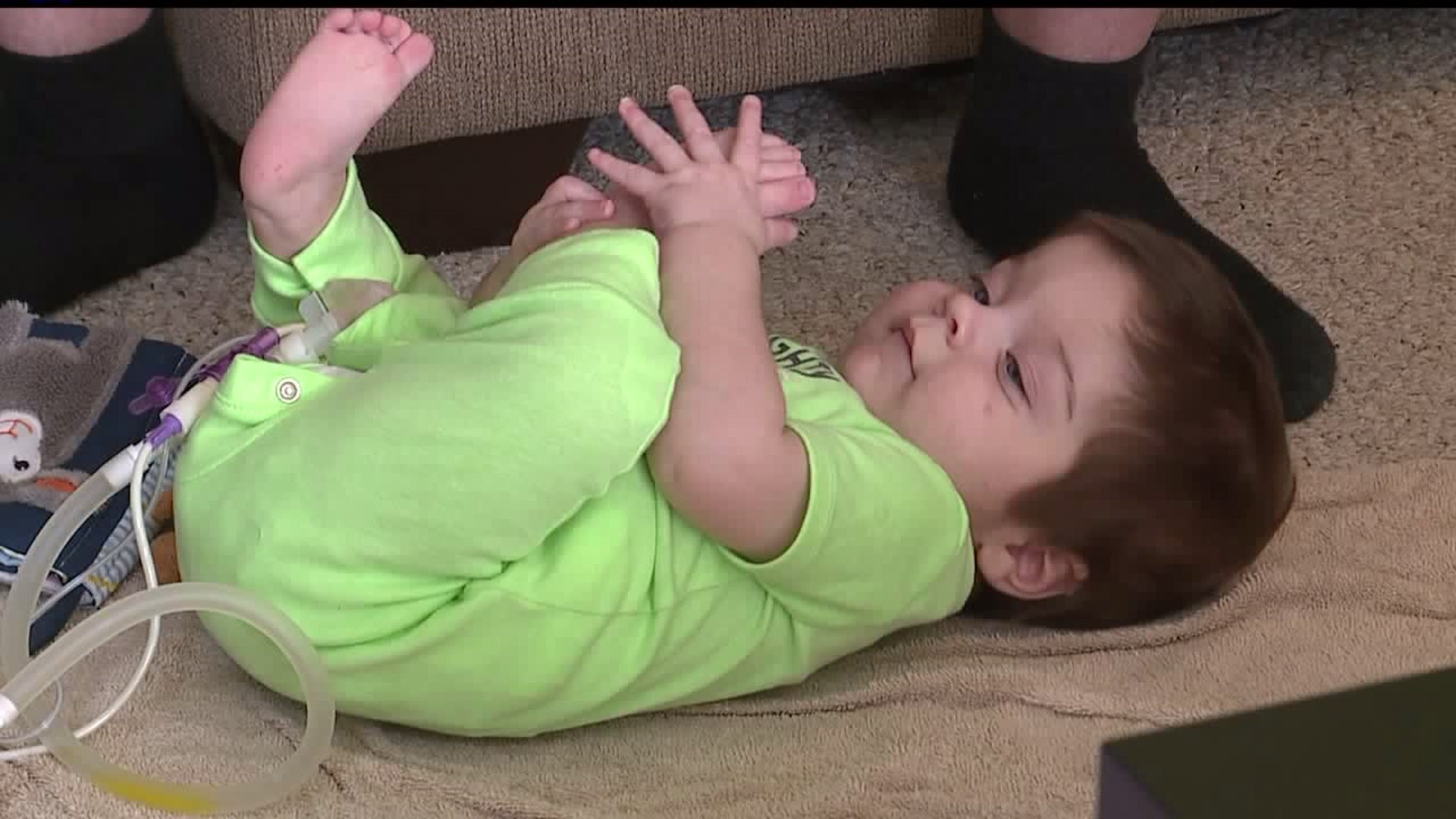 WINDSOR TOWNSHIP, YORK COUNTY, Pa. -- When Andrew Kuhn and Katie Faulkner found out they were having twins, naturally, it came as a shock.

However, when Jackson came out minutes after his brother, that shock, turned to fear.

"I saw that they were examining one of the babies they had the other one and took him away and a bunch of doctors were surrounding," said Andrew Kuhn, father.

Katie Faulkner was still out of it from surgery as Andrew says he tried to stay calm.

That's when a doctor finally pulled him to the side to break the news no parent, wants to hear.

Jackson had an imperforate anus, a piece of skin covering his rectum which never fully formed.

However, after five months there, they were told their insurance wasn't accepted  and were forced to transfer to the children's hospital of Philadelphia, a two hour drive from their home.

Seven surgeries later, the couple  left with hundreds of thousands of dollars in medical bills.

"We still have to pay for our house and our other bills too we're trying to catch up, we're struggling a bit," said Katie Faulker, mother.

"You feel depressed and stressed out every day you're thinking what's going to happen next and what bill is going to come in the mail next," said Kuhn.

Jackson is now home after 8 months in the hospital but still has a tough road ahead.

"He has a colostomy right now where his stool drains into and he also has a central line where he gets all of his nutrients from and he alohas a G-tube where he gets formula," said Faulker.

While the couple says the past year has been difficult, they are both just happy  little Jackson is home.

"Just seeing his smiling face every day home with us beats any bill," both parents said.

IF YOU'D LIKE TO DONATE AND HELP WITH JACKSON'S MEDICAL BILLS AND CONTINUED CARE, YOU CAN CLICK HERE: gofundme.com/prayers4jackson