Artist brings anti-heroin message to the walls of Lebanon 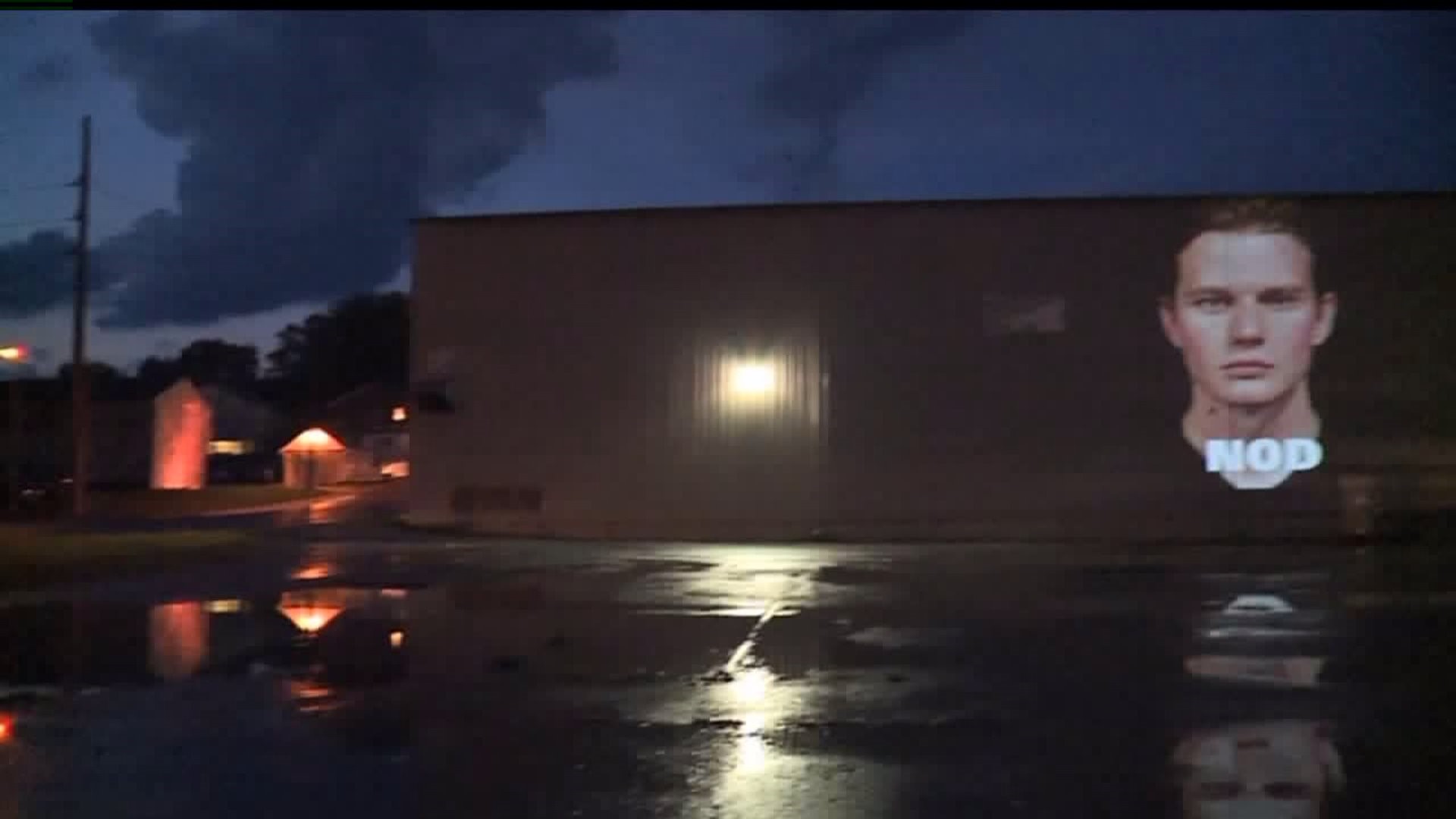 He's using his artistic skills to send a powerful message to his community of Lebanon: that more needs to be done to fight the epidemic.

For the last few weeks, he has been projecting provocative images on the walls of Lebanon businesses and industrial facilities. On Monday night, it was the progression of the complexion of a man from health to overdose and death from heroin.

The "What Heroin Sounds Like" project is meant to elicit a reaction from community members, he said. Although he has not received feedback from city leaders, passers-by have been supportive.

"As far as the public's opinion, it's been nothing but positive," he said. "Lots of conversation being started, lots of talking about the issue, and what's really great too is lots of people coming forward that want to share their story."

Stories like the one Candy Levan and her son Bradley Morris share about his sister, who died of a heroin overdose eight months ago. She has choice words for the dealers who sold her drugs.

"I pray everyday you don't get a moment's peace knowing she's not here because of you," she said. "Would these dealers give this poison they're giving our kids to their own kids? Something's got to be done."

"They need to be held accountable for what they do, because a lot of times you have the name of the dealer, the place they live, all that stuff and it seems like it's not proof enough," Morris said.

DelMarcelle says he is hoping to bring the projection art to other communities in south central Pennsylvania. Click here for more information on upcoming projections by What Heroin Sounds Like.