Animals and zookeepers at ZooAmerica brave the cold

DERRY TWP., DAUPHIN COUNTY, Pa. — During the winter, it’s a question employees at ZooAmerica get all the time. “A lot of people sometimes have... 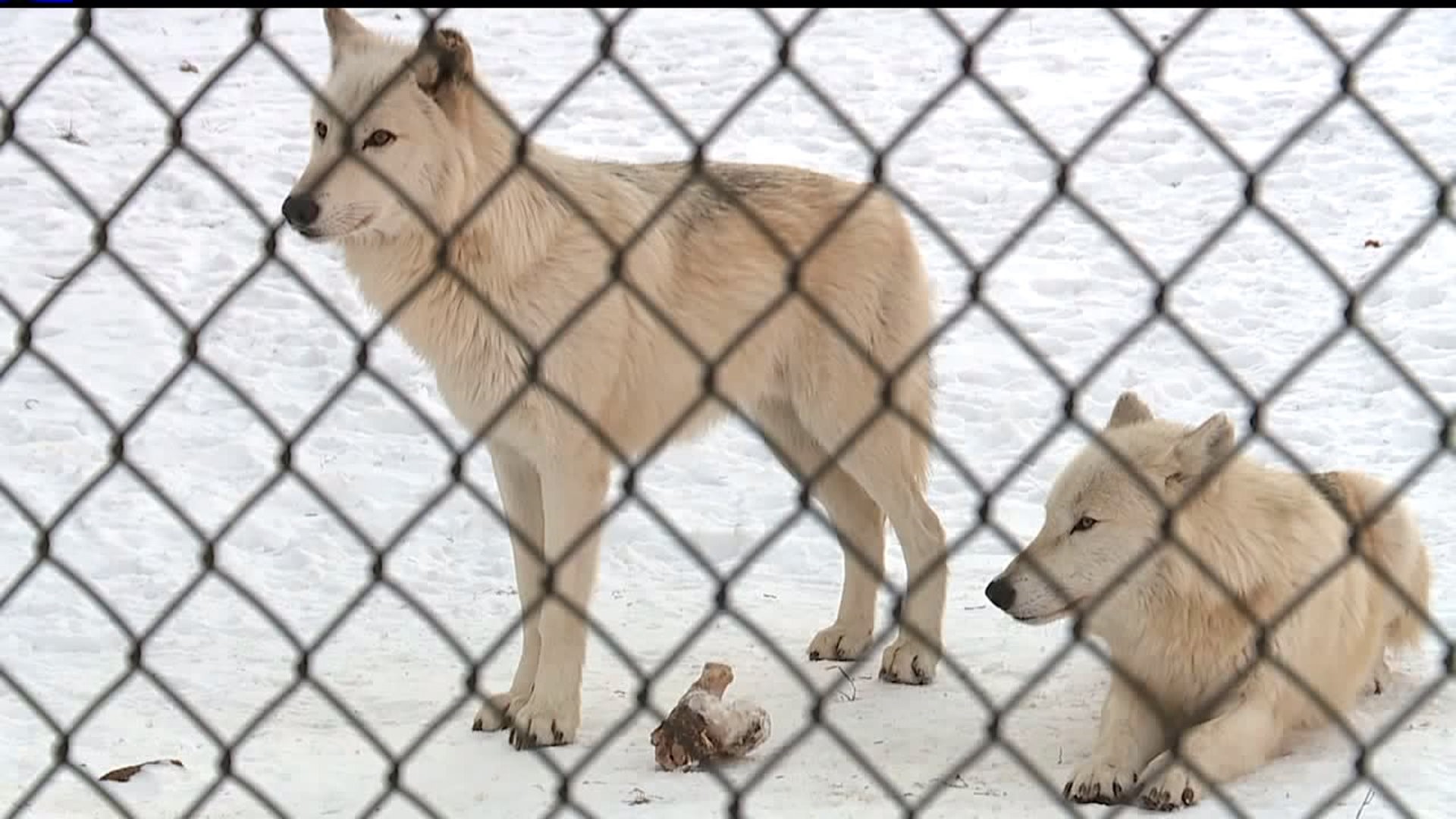 DERRY TWP., DAUPHIN COUNTY, Pa. -- During the winter, it's a question employees at ZooAmerica get all the time.

"A lot of people sometimes have concerns: 'What do you do with these animals during this time?'" said Theresa Wilson, an education specialist at the zoo. "These guys are used to it. They are acclimated to this weather, so they have those adaptations to survive those cooler temperatures."

Like Ethyl And Link, the zoo's two river otters who look cute and cuddly but wear what Wilson describes as a 'wet suit'.

"They have lots of fat and they have an extra layer of fur," she said.

She says the bald eagles show off their "jackets".

"It's the same insulating factor. They are trapping that air between the feathers and their skin, so they can keep nice and warm," explained Wilson.

They are a favorite sight for many visitors during the winter, like Lindsay Wheeler who drove in from Orlando, Florida.

"They are really active right now," described Wheeler. "They're running around. They seem to be enjoying the weather."

Is Wheeler enjoying the weather?

"It's a little cold. I had to come in a few times just to warm out, but it's pretty nice out there, but I appreciate it. I want to move up north at some point," said Wheeler.

The bears moved inside their den for the day.

"They're [the bears] going to be snoozing quite a bit," explained Wilson. "They're going to be pretty sedentary, not moving around, not having to expend that extra energy."

Workers can't snooze; they bundle up, prepared to sometimes stand outside for an extended period of time.

"A lot of people wouldn't think about this. We have locks, you know, for safety reasons, and locks on these kind of days, they can be a little frozen so sometimes you're standing out there, thawing out the lock anyway you can so you can take care of those animals."

They check all of the water heaters and give some animals heated food dishes.

Even during the brutal cold, it's a job Wilson describes as inspiring.

ZooAmerica is open every day throughout the winter and on Fridays in February admission is half priced.