HARRISBURG, Pa. — It’s a win for animal advocates across The Commonwealth. A bill that allows district attorneys to pursue felony charges against an... 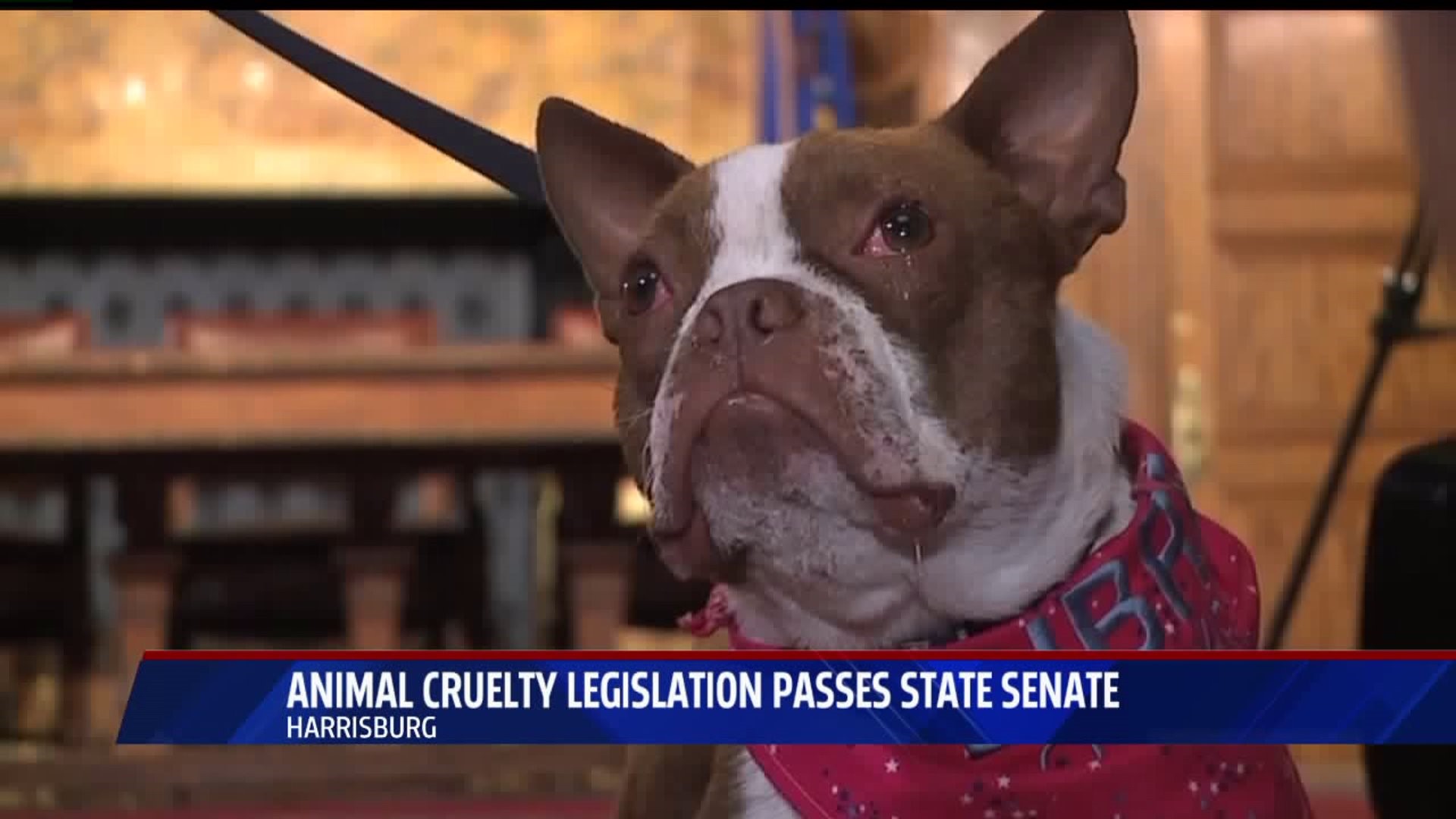 HARRISBURG, Pa. -- It's a win for animal advocates across The Commonwealth. A bill that allows district attorneys to pursue felony charges against animal abusers is one step closer to becoming a Pennsylvania law. The Pennsylvania Senate unanimously approved House Bill 1238, which includes Libre's law. House Bill 1238 passed unanimously through the senate, the next passing? Through Governor Wolf's hands where he will decide the fate of the animal cruelty law.

"We've heard horrific acts of torture. We heard about horses collapsing and being beaten on a street because they were in extreme heat and carrying a cart of watermelon. We heard people blowing up a turtle with M-80s," said Representative Todd Stephens.

He introduced the bill. Under it, district attorneys in Pennsylvania, for the first time, can pursue felony charges in animal cruelty, cases, if they see fit.

"It moves the ball forward and brings Pennsylvania into the modern society of protecting our animals," said Senator Rich Alloway.

Both Senator Alloway and Representative Stephens attribute house and senate collaboration to the bill's success and a devout pursuit for justice in animal cruelty cases.

"Frankly, these people were getting traffic tickets. We now ramp that up and treat that offense as it should be," said Representative Stephens.

For neglect, the lack of necessary food, water, shelter, and veterinary care, the punishment is up to 90 days in jail and a possible $300 fine. For cruelty? Which includes beatings and abuse, also 90 days and the potential for a $300  fine. Animal torture calls for the most severe penalty:  a felony to the 3rd degree, up to 7 years in jail and the potential for a $15,000 fine.

"I think the compromise the DA determine by the facts of the case. That's the best way to go," said Senator Alloway.

It also limits dog tethering. Dogs can only be leashed outside if provided with their basic needs and it bans tethering dogs for more than 9 hours in a 24-hour period.

"We have dominion over these animals. We brought them into this world, this dog we breed, and I just think we owe them a very special duty of care," said Senator Alloway.

Governor Wolf had a very special moment with Libre, and a spokesman tells me, he will sign House Bill 1238 into law, strengthening protections for Libre and all of our furry friends.