An Italian author is using a Harrisburg soldier’s experiences during World War II to teach others about true courage.  Lieutenant Paul Keys was in the Arm... 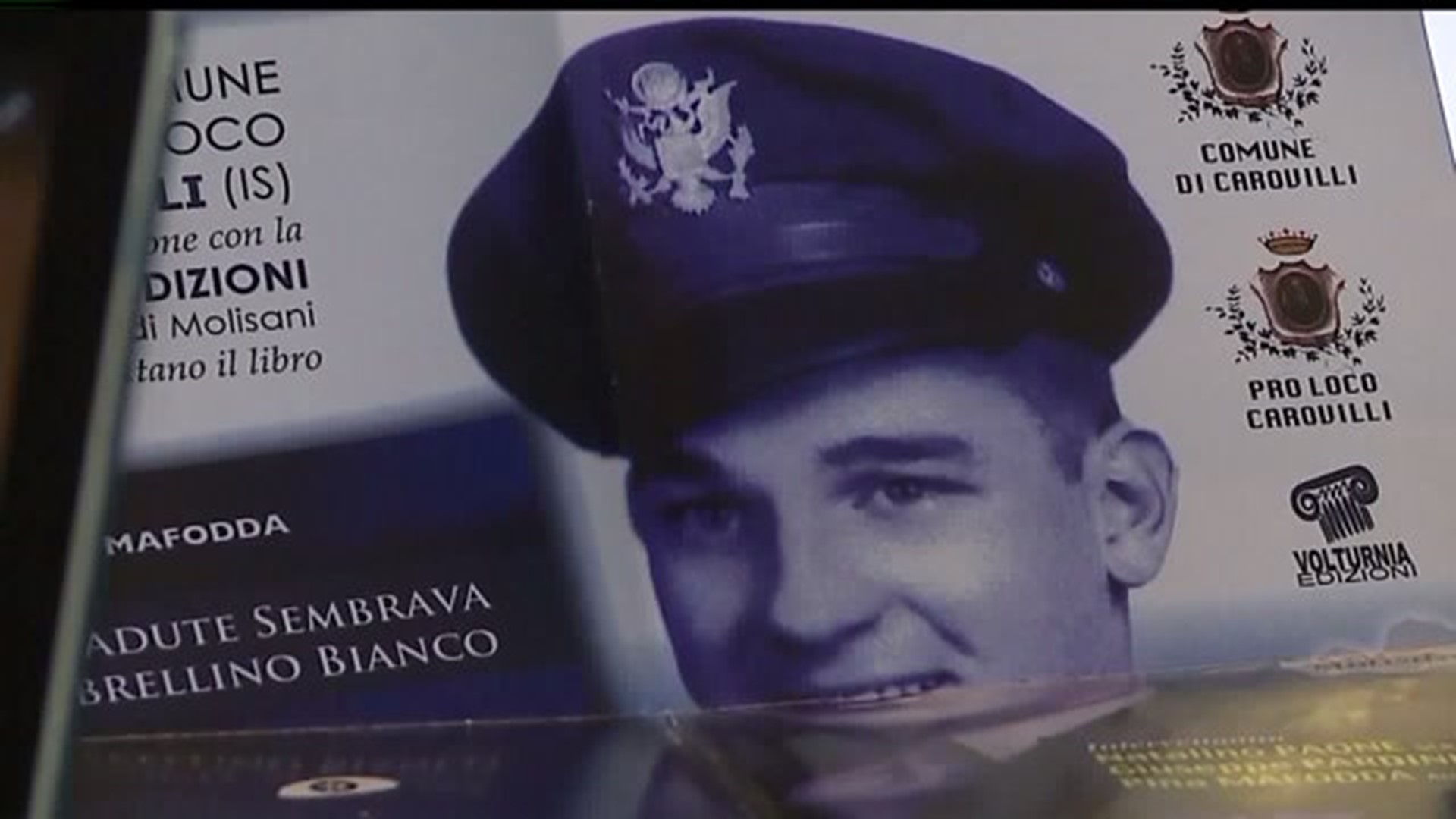 An Italian author is using a Harrisburg soldier's experiences during World War II to teach others about true courage.  Lieutenant Paul Keys was in the Army Air Corps during the way.   The Harrisburg native spent his years after war as a Harrisburg Police Officer.  He passed away in 1993.  But he survived behind enemy lines more than 60 years ago and now his story is providing a life lesson to others.
Paul's son, Jim, describes his father, "as a quiet, gentle person.  He was never violent in any way, just laid back, liked to read."
Jim remembers his father as an intelligent, family man.  A man who kept his war experiences to himself.
Jim says, "We tried to talk about it, but he never really wanted to get into it, anybody with a traumatic experience especially in war, they don't want to talk about it and we never pushed it, so."
Lt. Paul Key's service is no longer a secret.  The soldier's aircraft was shot down by Germans and then he met Ludovico Falaska's family.
Ludovico says, "Because the human solidarity pushed my family to save the American soldier."
In October 1943, Ludovico was only a few years old.  He remembers the time when Lt. Keys landed by parachute in a field outside of their home in a village called Carovilli.  That's when his mom took on the most important role.
Ludovico says, "She became an adoptive mother and had a protective attitude toward him."
Paul was part of the family.
"Paul behaved well with us.  Sometimes he joked and laughed. We played together.  Paul did not have to talk at all to anybody but of the family.  Always had to be with we children.  The idea of my father to save the family, was not to hide Paul, but to get him going out of the house, send him out in the mountains," says Ludovico.

Ludovico's father also disguised 20-year-old Paul as mentally retarded.
"I did as my father had said to me.  I tried to make the Germans understand that he was deaf and dumb, I don't know what the soldiers thought nor what they understood, but they left," says Ludovico.

Just about a month later, Paul was able to safely leave Italy and return home.  His communication with his Italian family eventually stopped.
Ludovico says, "The last letter written by my father was July 1949 which was never followed by response."
Paul continued his life as a Harrisburg policeman, husband and father.  This, all thanks to Ludovico's family.
Jim says, "He was only 20 years old at the time and I'm sure it was a bad time and to be found by the family, it made him feel good."
But the story's only beginning...
Jim says, "I heard bits and pieces about this family that took him in when he was shot down, but I never knew details and then Ludavico was trying to get in touch.  He first contacted my brother in 1996."
53 years after Paul's rescue, Italian historian, Pina Mafodda, begins to tell his story, which is now published in a book translated into, "The Parachute Appeared as a Little White Umbrella."
Mafodda says, "For me it was very important to reconstruct the memory of the people."
Mafodda researched this Italian affair between an American solider and a family who risked their lives to keep him safe.
Mafodda says, "In Italy 1943, it was very dangerous to make the risk that family made because they saved an American soldier."
All while preserving history and encouraging others to stand up for what is right.
Mafodda says, "This is very important to save a life.  The message today is important to preserve the memory of our father and grandfather."
The relationship between Ludovico and Lt. Keys continues.  Both families have since reunited.  Ludovico even has relatives who live in York County. That's where we met him through Skype.  And it's where we saw for the first time parts of the parachute.
Jim says, "I think it's great the family continues to remember my father and hopefully we'll be able to go over there sometime to see them."
Now Jim knows the full story about his father's survival, and he honors him in a new way.
Jim says, "they're the real heroes and I think my dad's a hero just to survive that."
This story came to us when Ludovico's cousin from Dover reached out to us at FOX43.  Then we learned Lieutenant Keys grew up in Harrisburg.  So having mutual ties to Central Pennsylvania proved to be a story to tell you.  Lt. Keys' son, Jim, says next he'd like to see the Italian book transcribed into English, and maybe even someday sold here in America.