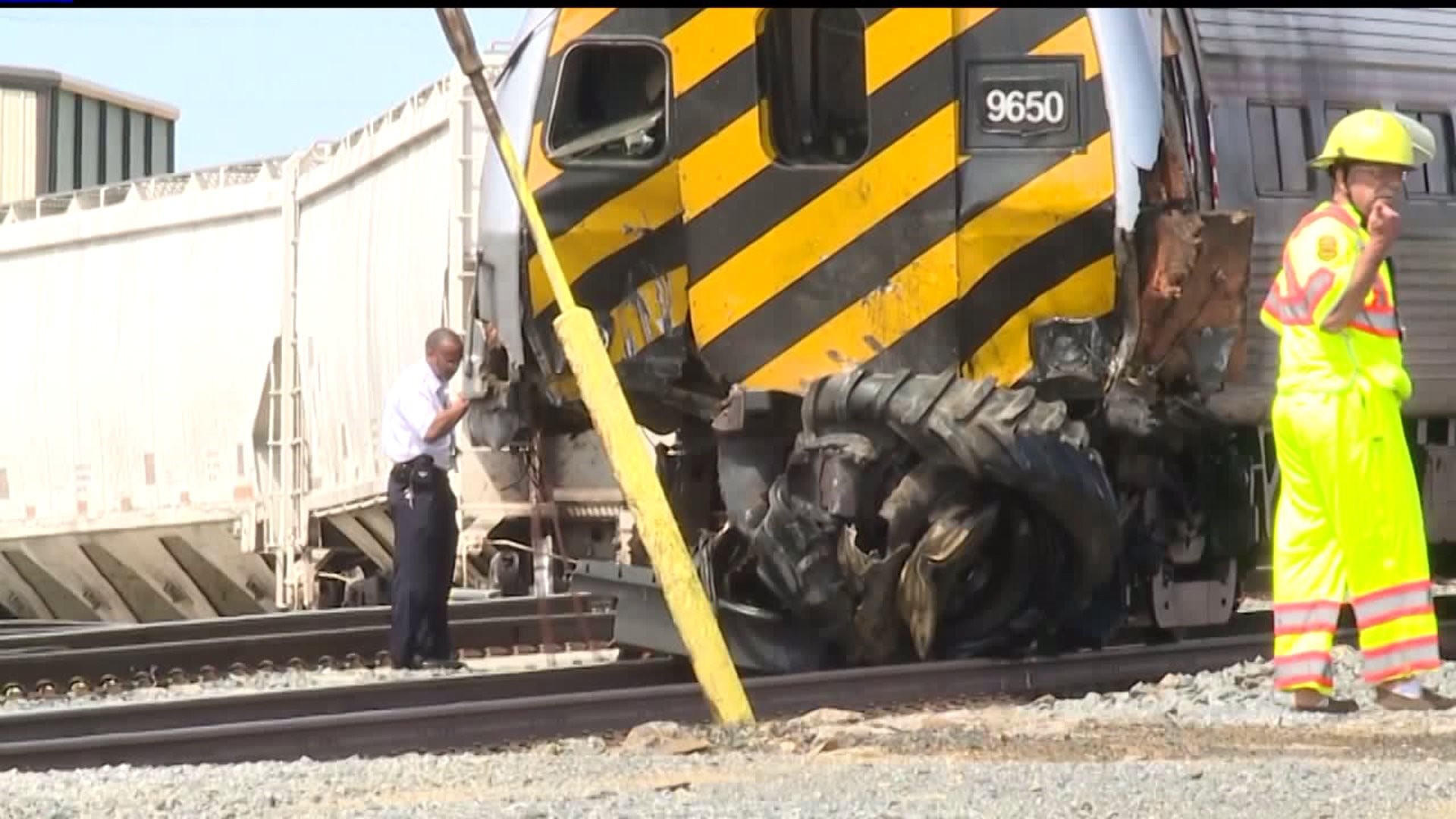 Authorities say a train struck a farm tractor that was on the tracks this morning.

After hearing about the incident, some people in Rapho Township worried what might have happened to the driver.

A Deputy Fire Chief who responded to the crash says the driver only suffered a minor head injury.

Sauder responded to the crash.

"With my background, with what I do, it makes your adrenaline rush a little more because it sort of hits home," he explained.

Hitting home because Sauder is both a volunteer firefighter and a farmer himself.

Amtrak Police say one of their trains struck a farm tractor at Benders Crossing in Rapho Township.

The train was traveling east from Harrisburg to New York.

When Sauder first got the call, he worried the driver might be seriously hurt and thought the victim could've been someone he knew.

"It came across the radio that he was out of the tractor and he was okay, so that was immediate ‘ah’, immediate relief," he explained.

It was in fact someone Sauder knew, a close friend who thankfully only suffered a head injury, according to the firefighter.

Sauder says the farmer didn’t have enough time to back his tractor off the tracks once he saw the train coming.

"This is very rare. I can’t remember anything happening down here," said Ernest Lehman who was working near the crash when it happened.

"I like to be at this great crossing to watch trains go by; however, today when I pulled up I noticed things were not usual," said Chuck Crouse who was eating lunch near the tracks.

40 passengers were on the train, according to a spokeswoman for Amtrak. She says 4 employees and one passenger suffered minor injuries.

Sauder is just happy his friend is okay.

"I’m very grateful he is okay. He definitely had some angels looking over him this morning," said Sauder.

The farmer driving the tractor didn’t want to be on camera, but FOX43 is told he went back to work after the crash.

Amtrak police will continue to investigate the incident.