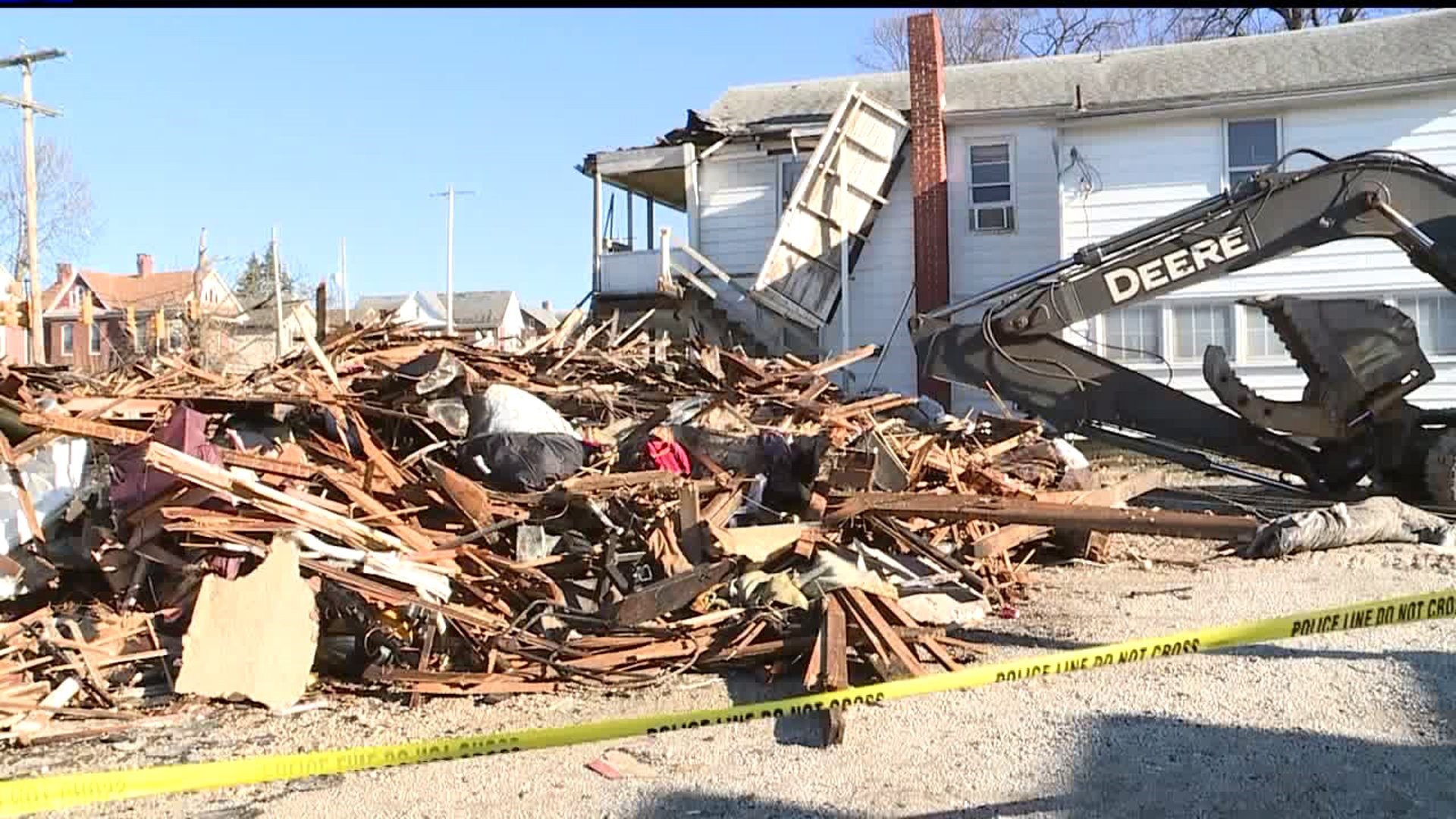 Rubble and what a victim says is a painful reminder of what he lost are all that's left of an apartment building along the 600 block of Baltimore street in Penn Township.

One Navy veteran says the hardest part is knowing he lost all his photos of his family and his children.

Saturday, just after 2 p.m., a fire consumes the building, right after neighbors hear an explosion.

"I was sitting in my living room with my two sons, and we heard a big explosion. We thought it was a tractor trailer that had wrecked out here," said Karen Barrington, a neighbor.

"I looked at the traffic light, and I couldn't even see it, there was so much smoke, and then, I saw the house was on fire, and I just took off running," said Kim Birgensmith.

24 hours later, all that’s left is a bulldozer and tenants' belongings mixed within the rubble.

"It just happened so fast. I was sleeping," said Barry Merkle.

Merkle lived at the apartments.  He says what hurts is losing the photos of his family and children.

He lost his phone, clothes, and home in that fire too. Sunday afternoon, neighbors give him bags of clothes.

Merkle is one of 8 adults who are being helped by the American Red Cross after the Baltimore Street fire.

Just miles away, a second fire burns this home on the 800 block of West Middle Street.

"I went to my room, and I went to go to bed, and my room was lit up with lights," said Luke Aumen, a neighbor.

Luke Aumen is no stranger to fires happening in the township.

"I could kind’ve feel what they were going through because our house caught on fire," he said.

The Red Cross is assisting two adults from that home as well.

Neighbors hope the families impacted by both fires can find relief.

"I just pray for all these people that they get the help they need," said Birgensmith.

As of Sunday evening, no word on the condition of the person injured in the Baltimore Street fire.

Officials continue to investigate what caused the explosion.

A neighbor has started collecting items at her home, 812 West Middle Street in Penn Township, for the victims.

She says people can drop off things there.