DENVER, LANCASTER COUNTY, Pa. — East Cocalico Police in Lancaster County had their hands full last weekend after getting a call for a 3-foot alligator in ... 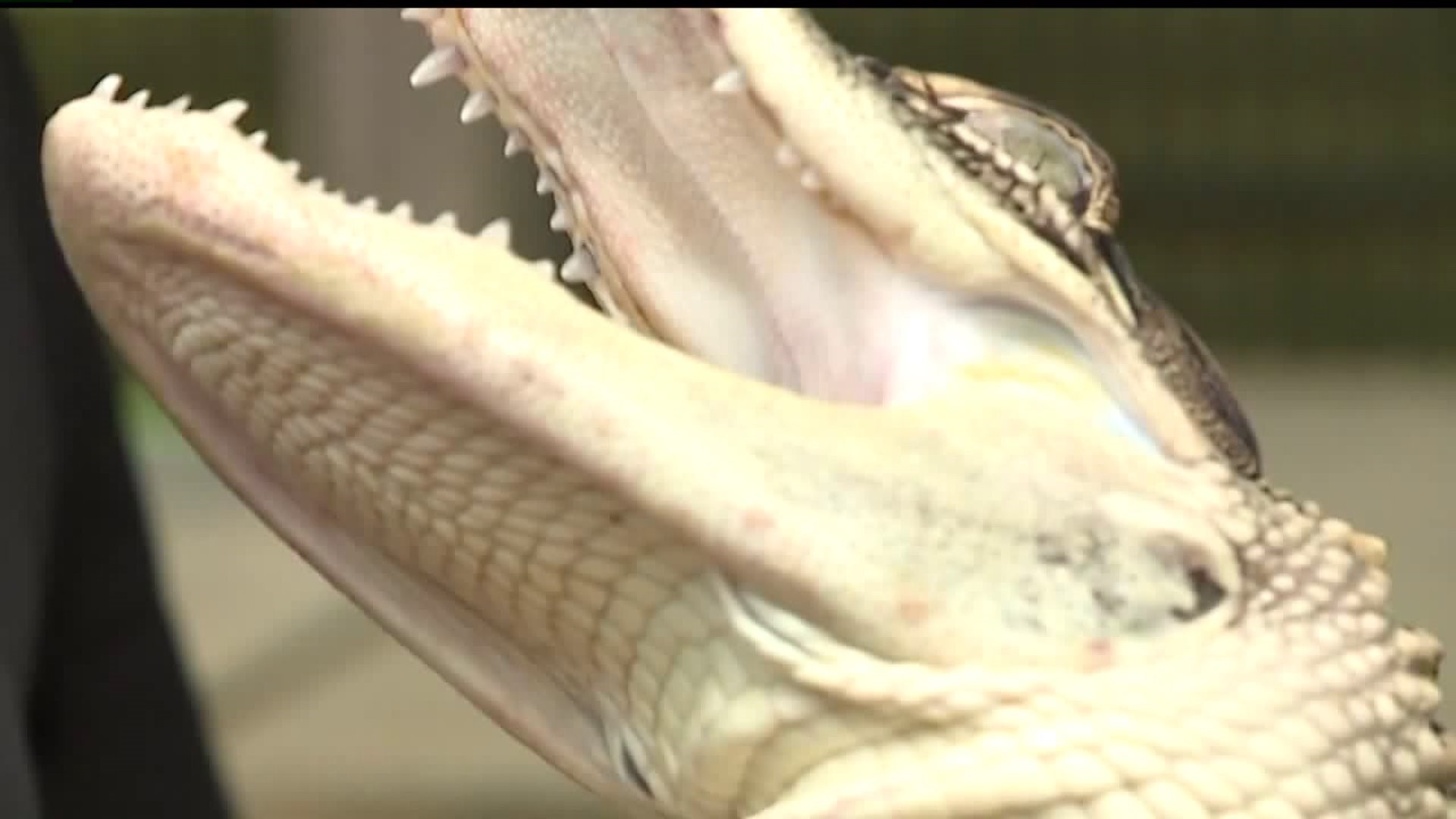 DENVER, LANCASTER COUNTY, Pa. -- East Cocalico Police in Lancaster County had their hands full last weekend after getting a call for a 3-foot alligator in someone's backyard.

Dan Rogers, of Denver Borough, says he couldn't believe what he was seeing.

The alligator ran under Rogers truck and was pulled out with the help of three police officers.

"Our phone just kept buzzing off the hook and we had two different police officers calling us for assistance with this alligator who was loose and it had just actually been taken to jail, they needed us to come bail him out," said Jesse Rothacker, founder of 'Forgotten Friend Reptile Sanctuary.'

Jesse Rothacker with `Forgotten Friend Reptile Sanctuary` in Manheim, says the problem is a lot more common than one would think.

"We get calls pretty frequently," he said.

At least once a week to be exact.

Currently, Rothacker has six alligators --- all which were found roaming the Central Pennsylvania area.

Now he's urging Pennsylvania legislators to make changes to regulations that currently allow the purchase of exotic reptiles like the American Alligator from local pet stores and online.

"Pennsylvania is one of the only states in the country where we have no laws, no background checks, no training, no permitting, no microchipping, no anything preventing someone with about $50 from brining home a pet alligator," said Rothacker.

Something he believes is a classic case of animal cruelty.

"There's no way these guys would survive a Pennsylvania winter," said Rothacker.

"If anybody would take their pet dog and just release it somewhere in the wild in the middle of the lake and drive off they would certainly be charged with animal cruelty," said Rothacker.

David Fisher, with East Cocalico Township Police Department says his biggest concern is the safety of the community.

"The gator could bite somebody, could bite a child, or even someones pet, we don't know what it would do," said Fisher.

Rothacker says he works with a rescue in Tampa Florida and is hoping to transport the alligators there to a better home by the end of the month.

Anyone with information regarding where the alligator came from is urged to contact East Cocalico Township Police Department at: (717) 336-1725.