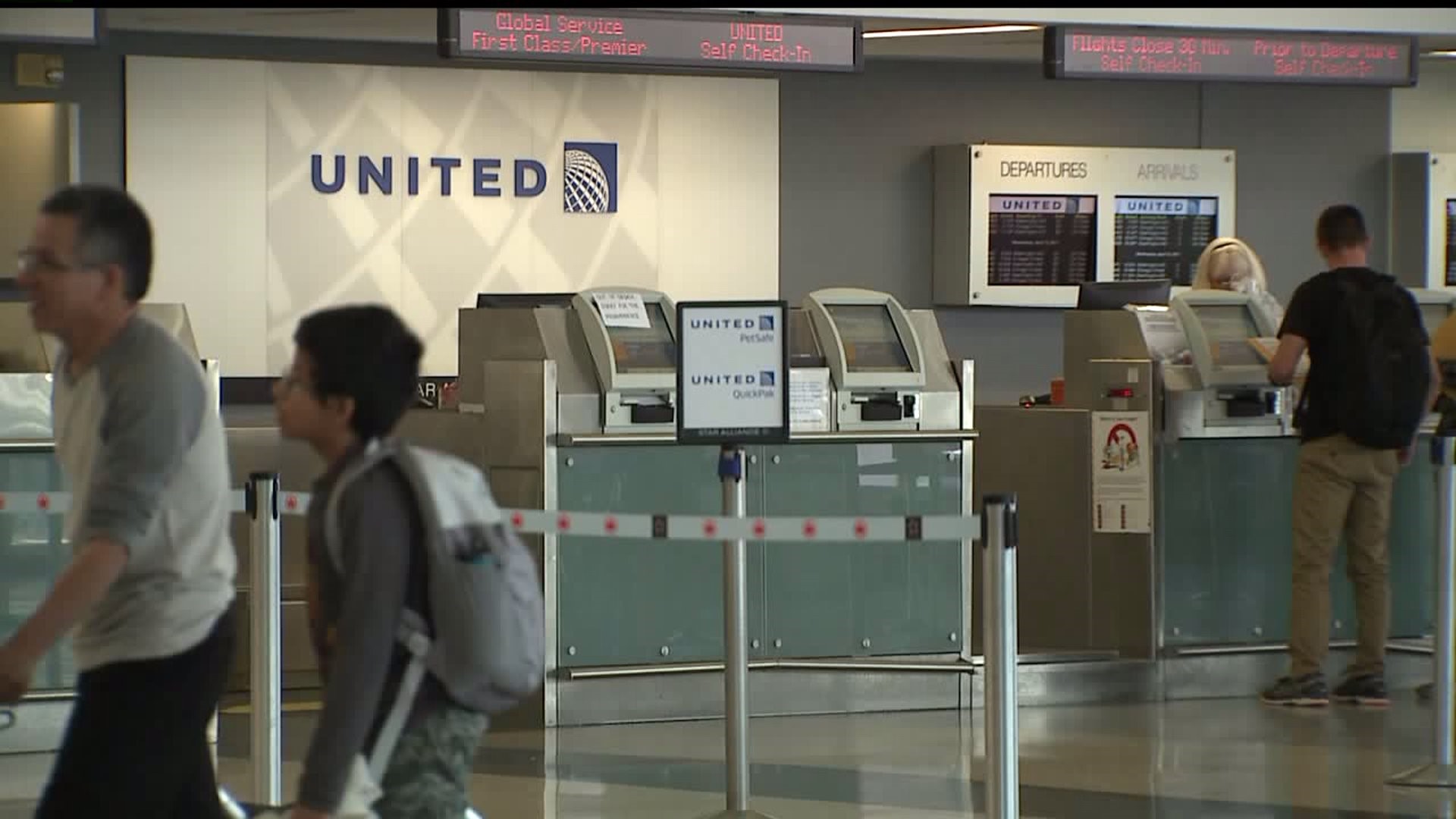 LOWER SWATARA TOWNSHIP, DAUPHIN COUNTY, Pa. -- It's a video that's gone viral: a man being forcibly removed from a United Airlines flight in Chicago. Four people were asked to give up their seats so United employees could fly to Louisville, Kentucky for work.

It's United Airlines' protocol to ask people to take another flight if their original flight becomes overbooked. However, some people are wondering if the airline acted ethically in this particular situation.

This man refuses to give up his United Airlines seat for a flight the next day at the Chicago O'Hare International Airport.

The airline needed additional seating for workers to prevent a flight in Louisville from being cancelled.

"The challenge the airline faces is, okay, you have 50 people on an airplane, you have to get crew to a certain city..." said Scott Miller, who works for Harrisburg International Airport, Marketing and Public Relations.  "If you don't you may have 4,5,6 flights cancelled the next day, that inconveniences other people."

United asked for volunteers once passengers were already on the plane. Most times, they ask before the gates, according to Miller. United workers even offered $1,000 in compensation, but no one on the plane offered up their seat.

A woman getting on her own flight here watches the video for the first time. "To immediately go to dragging him off the plane, I mean that's absurd," said Christina from York. "It's still a customer. It's still a contract that you have. He's bought his tickets through you."

United now in the hot seat for how the airline officers treated the man. One officer placed on leave today.

"Either it needs to be more clearly stated that when you buy this ticket, like look, we reserve the right to pull you off, but not literally," added Christina.

Miller spells out how and why airlines can remove a person from a flight.

"When you buy an airline ticket, you're basically renting a seat from point A to point B on an airline. They have the ultimate authority as to who goes and doesn't. The flight crew, if someone is behaving poorly or creating an issue, the flight crew can remove you from the airplane for a purpose," he explained.

He says it differs by company, but most have a protocol in place when overbooked and ways the airline determines who will get the boot if no one volunteers.

"Price of your ticket, your destination, are there other flights to that place you're going, are you traveling internationally, are you a frequent flyer," stated Miller.

He says people are asked to give up their seats all the time, not usually on the plane though - or in the manner seen here.

"We've seen a thirty second video of probably a 15 or 20 minute ordeal, and it's hard to judge situations based upon that."