Airline passengers try to escape snowy conditions, others return home to it

HARRISBURG, P.A. — While traveling by land on the roads Tuesday was treacherous, the skies weren’t much easier. Passengers coming and going from Har... 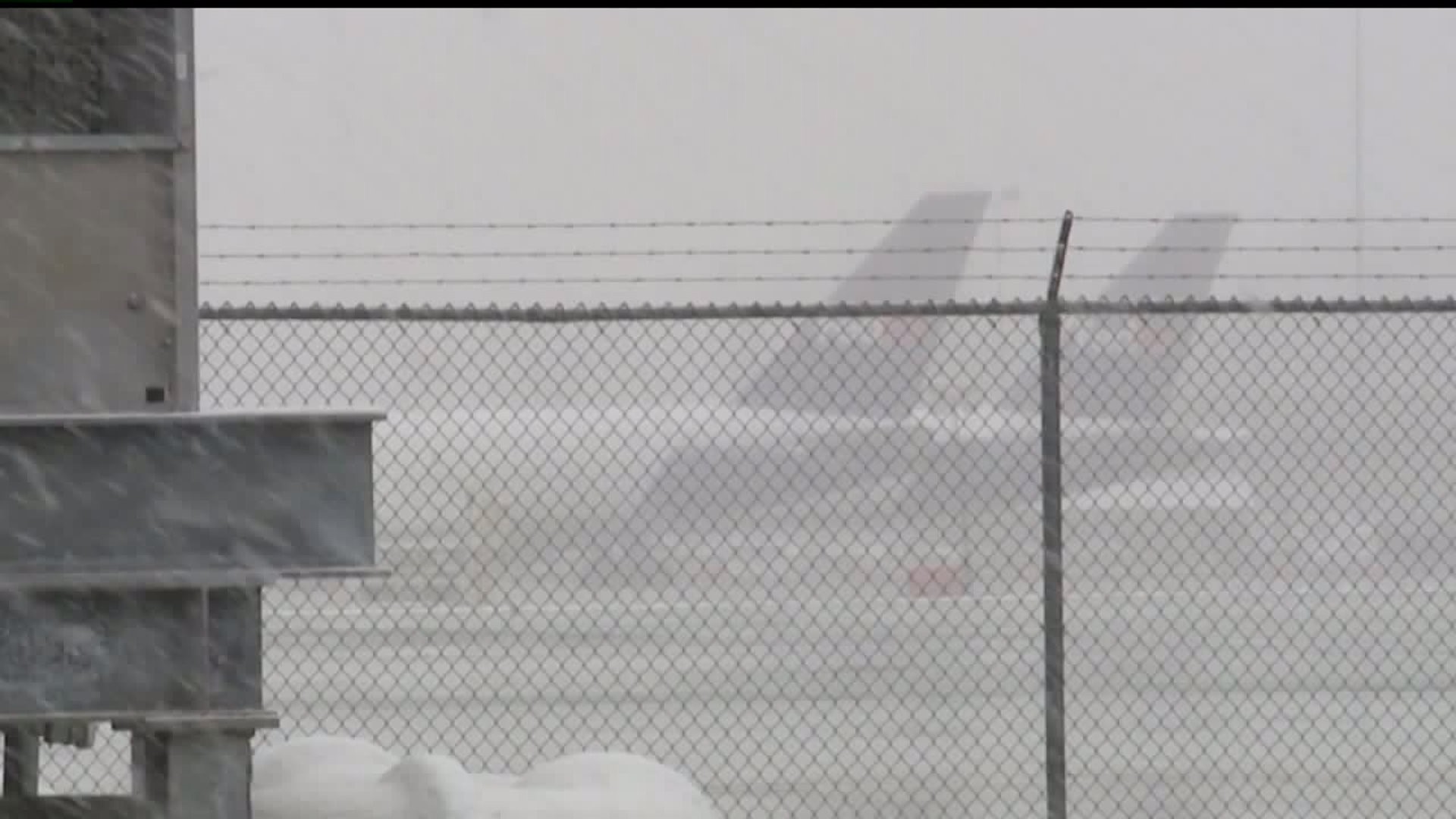 HARRISBURG, P.A. --- While traveling by land on the roads Tuesday was treacherous, the skies weren't much easier.

Departing passengers like Dawn Whitmore, who was flying home to Jacksonville, Florida, had to scramble to get a flight.

"I actually was scheduled to fly out [Wednesday] but all of those flights have been cancelled so I had to quick on-the-fly, get another flight to get out [Tuesday] just so I'm not stranded here for a few days," said Whitmore.

For passengers arriving, like Enola resident Julie George, she said they were able to avoid any messy flight changes.

"We had about a forty minute delay, we had a little turbulence coming out of Florida but nothing bad," said George.

Hundreds of delays and dozens of cancellations plague air travel due to weather conditions around the country.

Whitmore said her only goal was to get back to her warmer home.

"It's back to the eighty degree weather...Shorts and tank tops for me...Not this snow," said Whitmore.

Unfortunately from returnees like George, a less-than-stellar welcoming party from mother nature.

"We've been getting a lot of text messages...You know...Ha-ha, you're coming back to this," said George.

Officials with United Airlines and American Airlines say they've already cancelled several of their flights for Wednesday, with possibly more on the way.

Make sure to check flight status before going to the airport Wednesday.